Game of the Week: A look at Saturday’s Thompson vs. Oxford matchup with prediction 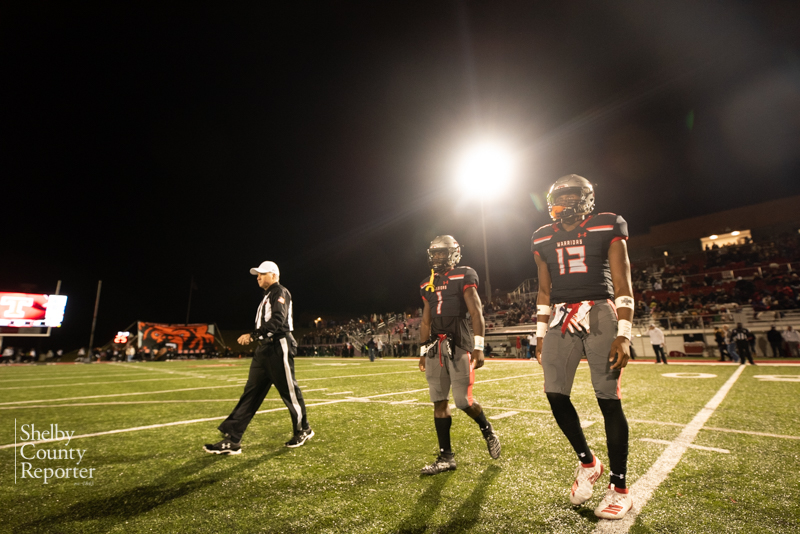 In a matchup of defending state champs, the Thompson Warriors will host the Oxford Yellow Jackets on Saturday, Aug. 22, to kick off the 2020 high school football season. (File)

ALABASTER – The last time the Thompson Warriors and Oxford Yellow Jackets squared off against each other, it was for a state championship. The Warriors claimed a 14-11 victory over the Jackets to take home the 1982 title.

Last year, Thompson claimed their first title since that 1982 season by taking home the Class 7A title with a 40-14 victory over Central-Phenix City to finish the season 12-1, while Oxford took down Spanish Fort 14-13 to claim the 6A championship and finish 14-1.

With a plethora of talent returning for both, the question entering the season is can they repeat, and if you ask both that question, they’ll say yes.

Neither is scared of the challenge, both have the coaches to make it happen and both have the returning talent to hoist a blue map at the conclusion of the season for the second year in a row.

The first thing you look at when going into a week-one game is the ability of the coach on both sides, because early in the season, you know a veteran coach with a good track record will have a team ready to play despite lack of in-game experience.

And in this one, both sides benefit from that.

Keith Etheredge not only led the Yellow Jackets to the title last year in his first season, but also won four state championships at Leeds during his 10 years with the Greenwave.

Mark Freeman’s success also extends beyond Thompson’s state championship run last year. In his five seasons as head coach of the Warriors, he’s taken his team from 0-10 the year before he got there to a combined 35-4 the last three years with back-to-back championship game appearances and three straight semifinal appearances out of the most difficult region in Class 7A.

And it’s scary to think both coaches may have the most talent they’ve had since becoming coaches heading into the 2020 season.

Oxford will get several players back with Division I offers, and will be led by returning quarterback Trey Higgins, who was an All-State player last year. Helping him on offense will be the return of senior receiver Roc Taylor and one of the state’s best offensive linemen in Bradyn Joiner.

Defensively, the Yellow Jackets will have one of the best defensive back units in the state with brothers Delvon Fegans and Trequon Fegans, while All-State linebacker Tavares Elston returns as well.

For the Warriors, they’ll be replacing their All-State and Back of the Year quarterback for the second year in a row with Sawyer Pate taking 3,000-plus yards and 40-plus touchdowns from his senior season as well as 1,000-plus yard receiver Mike Pettway

But beyond that, Thompson returns just about everything.

Offensively speaking, J.B. Mitchell and Tre Roberson return as star receivers with Division I offers, while Sam Reynolds can help out anywhere on offense. Running backs Jarrett Crockett and Brandon Franklin return ready for big roles, while the majority of the offensive line will also return.

At quarterback, Conner Harrell is set to step in as an athletic playmaker that should flourish under Freeman, while pocket-passer Cade Golden could also make some plays.

But what makes that offense so dangerous this year is the fact that they could be on the field a lot because of the defense that comes back.

Thompson will lose Montaj Cook and Damion Ugbo up front, but the rest of the defense is back.

Peter Woods, who totaled 15 tackles for loss and seven sacks, returns to the defensive line as well as other starters in Greg Green and K’Mari Hambright.

At linebacker, Jeremiah Alexander, one of the top 10 juniors in the country, is back as are Jax Van Zandt, Ahmari Bolden and Nate Riddle.

In the secondary, Tony Mitchell returns and could play anywhere back there due to his size and ability to both tackle and cover, while Gavin Shipman, who totaled five interceptions last year, returns along with EJ Edwards.

When you combined the coaches and the talent, this game would be fun enough, but include that both are coming off of state championship runs and want to prove they’re the team to beat again, and you’ve got an elite opener.

I think we are all thinking the same thing heading into this one—I don’t care what happens, I’m just glad we have two best teams battling against each other on the football field.

Just to get the opportunity to see these two teams compete against one another as a fan or member of the media is something we’ve all been looking forward to.

But most importantly, the players who have poured so much work into getting to this point during so much unknown actually get the opportunity to compete.

I think you’ll see some of the state’s best players give it all they have for that reason, which should lead to a competitive matchup.

The Warriors seem to have slightly more talent returning, but they’ll be breaking in a new quarterback. With defenses ahead of offenses early in the season, I think you’ll see a close low-scoring battle for a while, but with Thompson’s defense expected to be the best in the state, it’s tough to go against them in this one.