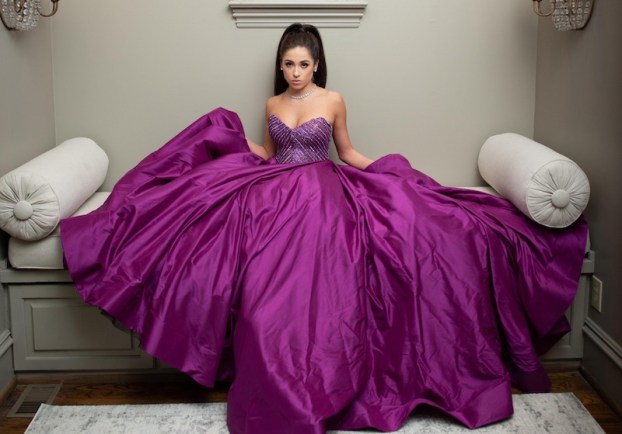 Reigning Miss Shelby County Outstanding Teen has made the most of quarantine by preparing for the launch of her original EP coming out at the end of September. (Contributed)

Sixteen-year-old Marissa Luna has made the most of her time during the quarantine, by making the most of her passion for music by writing 30 songs. Her wise use of time has allowed her to kickstart the singing career she’s longed for over the last few years.

But it’s not been by chance. Marissa has worked hard over the last two years in the pageant world to get set the stage for her progress. As the current reigning Miss Shelby County Outstanding Teen, and the second runner up in the Miss Alabama outstanding teen, Luna has had the opportunity to test out her singing talents for judges and audiences for the last two years.

She’s done a lot of good for her kids in her community and her state during those two years too. Her platform as a pageant contestant has been “More than Meets the Eye,” a campaign she’s taken to students and teachers across the state, to help them understand that not every disability or learning style is obvious with the naked eye.

“It really came from the heart, because as a kid with ADD I struggled with bullying from constantly being taken out of class so I could learn in a way that suited my needs,” Luna told us. Her goal for “More than Meets the Eye” is to eventually make it a foundation as her success grows.

She also started Psalm 91 Luggage, which is her organized effort to round up gently used suitcases and essentials to fill them with for foster kids in the area. She’s managed to find 200 donors for not just gently loved as well as, brand new suitcases, but everything from toiletries to tech to fill them with too.

Luna has also raised over $10,000 dollars this last year for Children’s Miracle Network Hospital through the Miss Alabama Outstanding Teen pageant, making her one of the top fundraisers in the national Outstanding Teen program.

All this hard work, however, not only fuels her passion to help others, but also to help her launch the singing career that she hopes makes her a name in music that lasts. Which brings us back to those 30 songs she wrote over the last five months.

Luna has had the opportunity to spend four to five days a week working with music producers Dan Hannen and Michael Shane Wright, as well as songwriter Michael Warren, at Ivy Manor at the Shoals in Sheffield, Alabama.  This allowed her to make several videos of her singing covers, which will be released over the next three weeks at Marissa Luna on Spotify and YouTube. You can also follow her at @marissalunaofficial on Instagram.

She also has an original EP coming out at the end of September that will spotlight the music she’s been working on over the last few months.

Pam Oliver, her pageant director for Miss Shelby County Outstanding Teen, which is based in Columbiana, told us, “We couldn’t be prouder of Marissa for the work she does with her platform and her music, and we hope the locals get behind this Alabama local and listen to her music.”

It’s opening week of the 2020 high school football season, and during our first show of the year, we prepare... read more