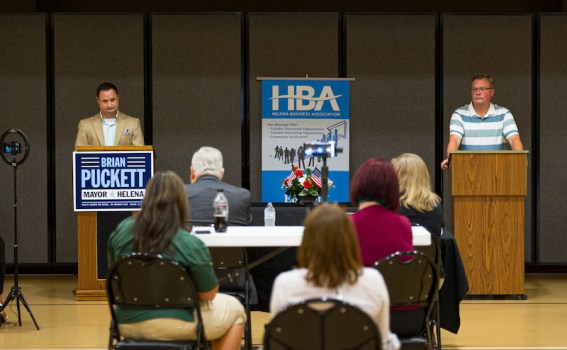 Helena mayoral candidates Brian Puckett and Scott Summerlin shared their views on the city and why they deserve your vote during the upcoming municipal election on Aug. 25. (For the Reporter/Jeremy Raines) 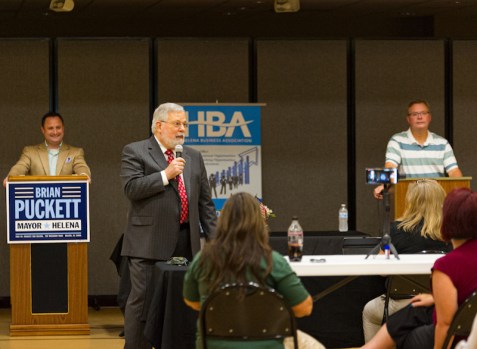 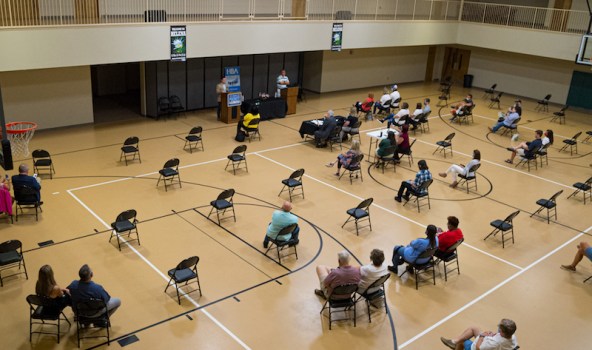 HELENA – Mayoral candidates Brian Puckett and Scott Summerlin faced off in a debate on Thursday, Aug 13 looking to convince voters that they deserve to be the next mayor of Helena.

The debate was sponsored by the Helena Business Association and Christi Wilson. It was designed to give voters a chance to hear the candidates plans for the city and for them to make their cases for the office.

The top items discussed during the debate were infrastructure, schools, the city budget and Helena’s community feel and how to preserve it.

When addressing the topic of infrastructure, the biggest issue was fixing and expanding roads within the city to alleviate some of the traffic issues that the city faces.

Summerlin explained that his approach would be incremental fixes that the city could make now, while pressuring and advocating ALDOT and Shelby County to take on major projects. He explained that “if we help offset the costs, they would be more willing.”

Puckett’s plan for infrastructure also included lobbying those agencies. He explained that the city “has to think outside of the box on how to fund remaining roads. We have got to make sure we go to our partners to help speed up the pace.”

Each candidate also took time to highlight their professional experience and how it has prepared them to take over this job.

Summerlin explained that his years of service in public safety and law enforcement would give him the knowledge to help lead the city’s police and keep citizens safe.

Puckett highlighted his time as a city council member, serving on various boards and his experience in the corporate world.

Summerlin said the most important thing he would do as mayor for the city is to “look at the quality of life he can provide for the city.”

Puckett’s most important area of focus for the city right now is continuing to move it forward and plan for the future saying, “We need to put a plan in place for our future.” He explained that the city’s comprehensive plan needs to be updated for the city and potential new properties.