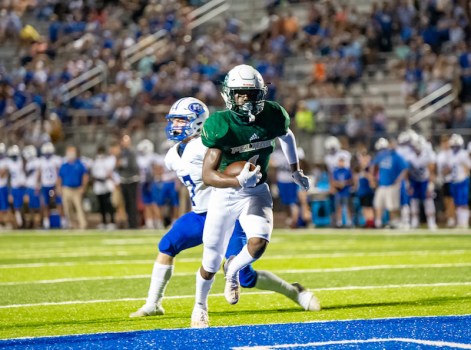 Darius Copeland carries the ball across the goal line to score one of Pelham's four touchdowns in a season-opening road win against Mortimer Jordan. (For the Reporter/Larry Dancy) 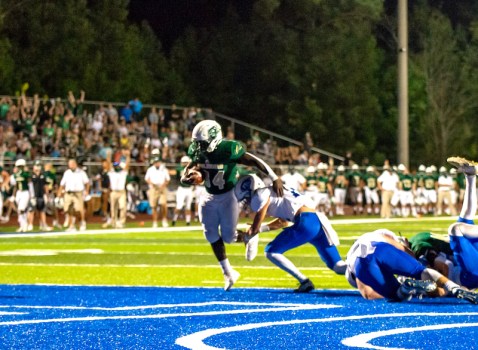 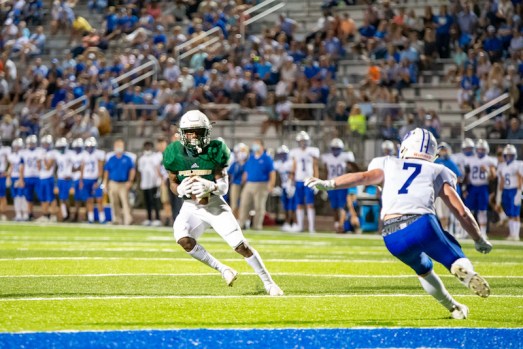 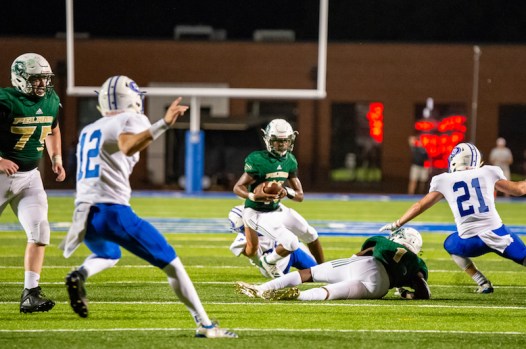 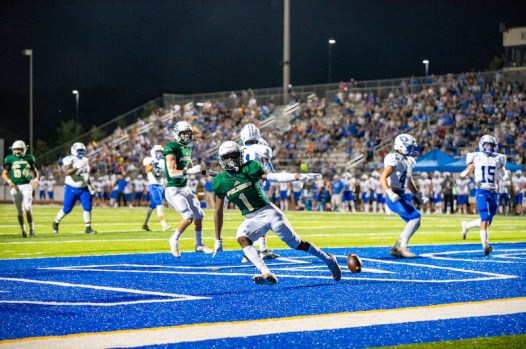 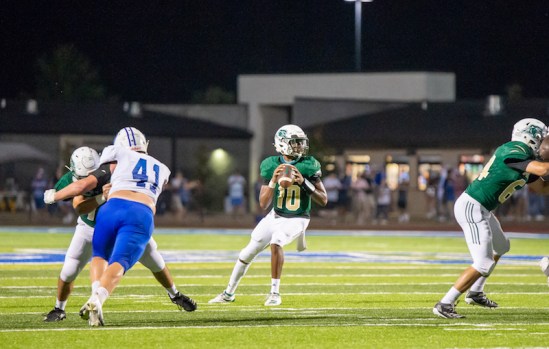 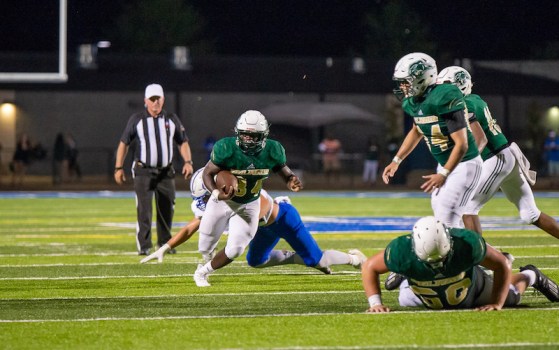 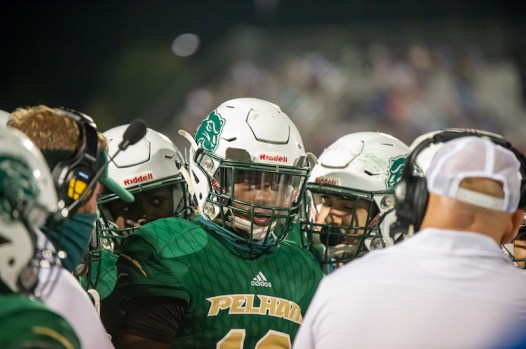 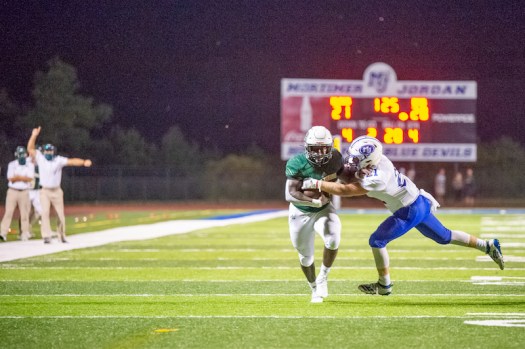 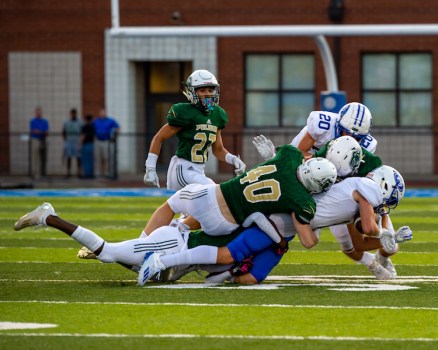 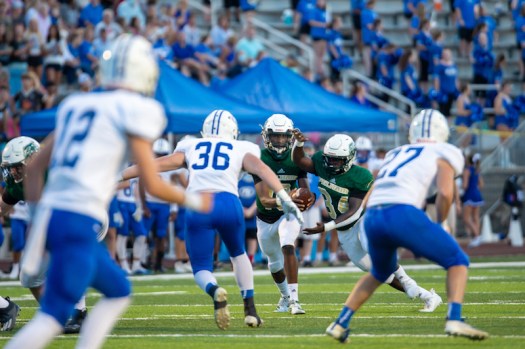 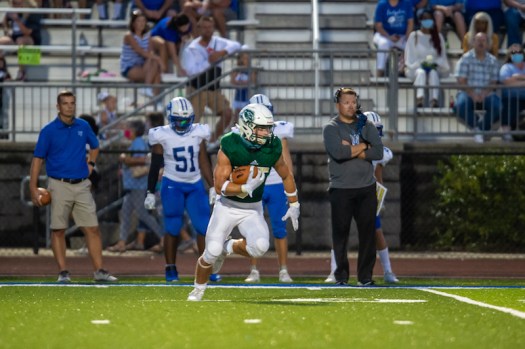 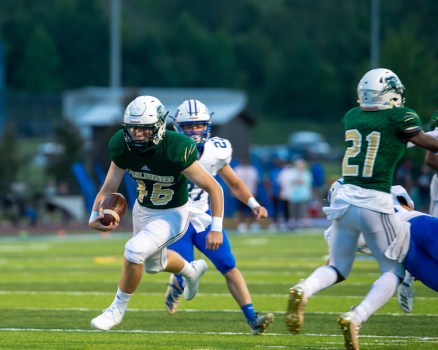 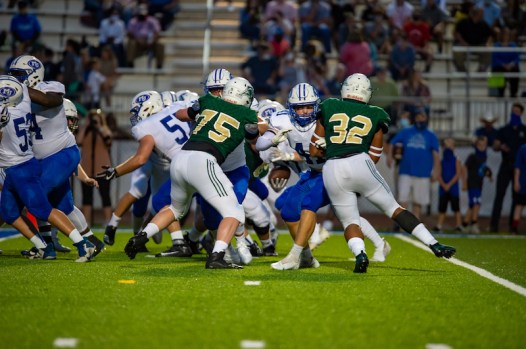 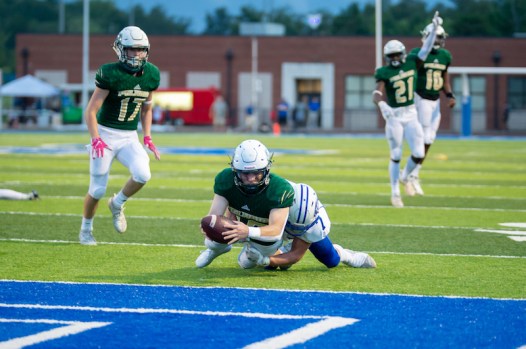 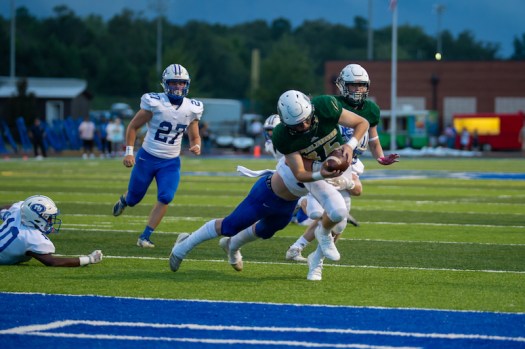 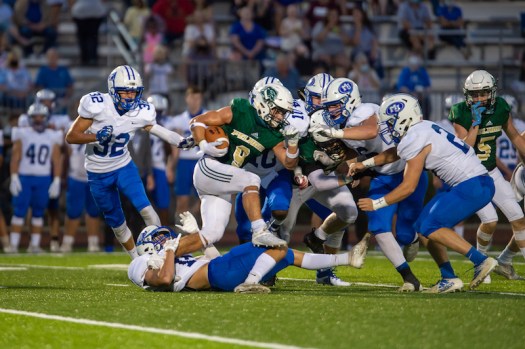 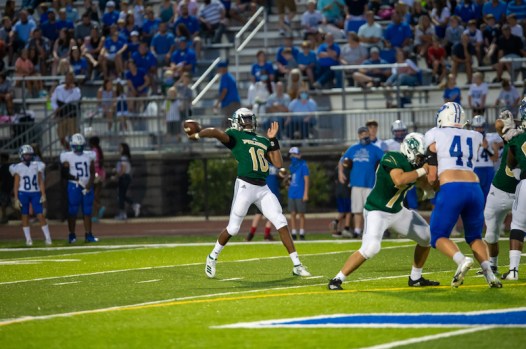 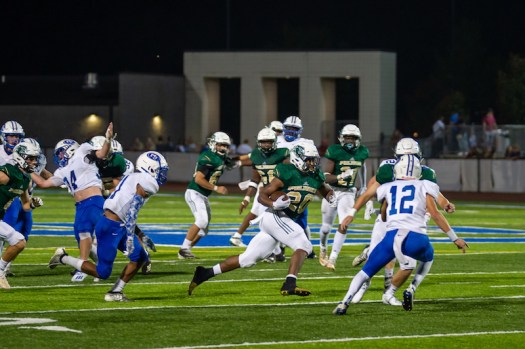 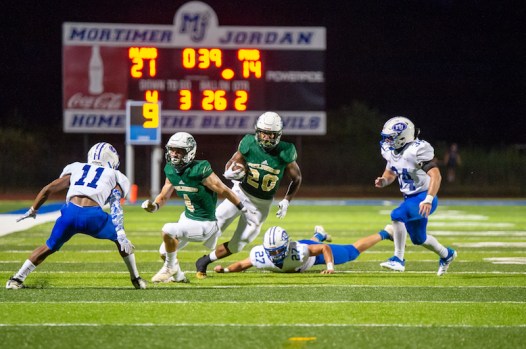 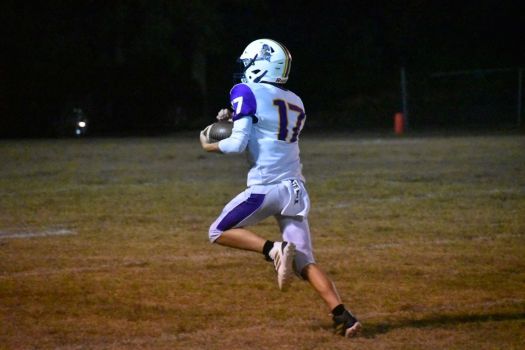 Cornerstone’s Thomas Cleckler carries the ball in a past game. (File) 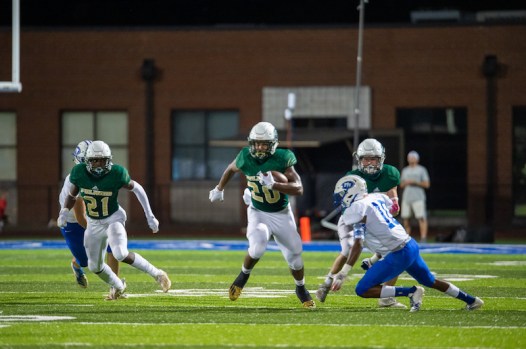 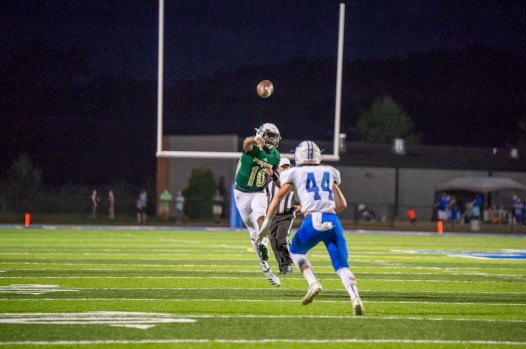 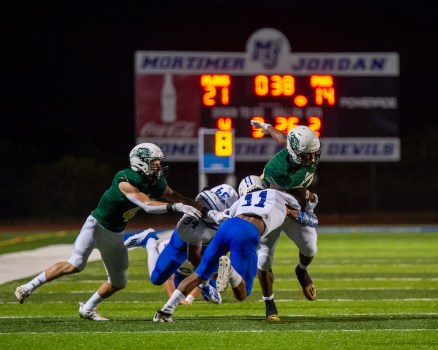 By CHRIS REIN | Special to the Reporter

KIMBERLY – After a first half that featured defense-optional football, Pelham settled in to 28-21 non-region win Friday night, Aug. 21, at Mortimer Jordan.

Gabe Gamble’s dominating second half performance, capped with a 1-yard touchdown run with 10:06 left in the fourth quarter provided the margin.

Gamble’s 13-yard run on fourth-and-2 from the Blue Devil 20-yard line with 1:31 remaining sealed the win and enabled Pelham to run out the clock to start the season 1-0 with a victory over a 5A semifinal team from last year.

“I’m extremely proud of the way we played tonight,” head coach Tom Causey said after the win. “All the uncertainty we had coming in, as young a team as we’ve got, I thought our guys played great complimentary football.”

Gamble used his bruising attack to finish with 90 yards on 12 carries for the night.

“This is what we worked for all offseason,” Gamble said of the team’s opening-night success.

Both teams scored touchdowns on all three of their first half drives, but it was a contrast in styles. Mortimer Jordan ran a ball-control offense, while Pelham countered with a quick-strike offense that moved the ball with ease.

The Blue Devils opened the scoring on a 12-play, 74-yard drive that took 7:09 off the clock, capped by a 17-yard touchdown scramble by Hunter Boren on fourth-and-six for a 7-0 lead.

But Pelham took only two plays and 39 seconds to answer. After a 58-yard pass from Will Lankford to Darius Copeland moved the ball deep into Blue-Devil territory, Lankford finished the drive with a forward pitch on the option to Christian Pritchett to even the score at 7-7.

Mortimer Jordan regained the lead on a 15-play, 75-yard drive that took 8:28 off the clock. Logan Duffner followed his center Taylor Ramey into the end zone to regain the lead.

Pelham again answered in a two-play, 70-yard drive taking 40 seconds off the clock. Lankford found Chase Christian open on a deep slant who rambled into the end zone untouched to again tie the score.

But on their third drive, the Blue Devils proved they could also move quickly. They needed only 2:17 to go up 21-14 when Boren found Austin Morris on a 20-yard slant pass over the middle.

Pelham again answered with a long drive of their own, with Lankford hitting Copeland on a 14-yard slant with only five seconds remaining in the half, and both teams headed to the locker room tied at 21.

Both teams left their offensive mojo in the locker room at halftime, and initially struggled to move the ball as effectively in the second half.

But Pelham finally found their ground game and pulled away for the win with the late touchdown run from Gamble.

The Panthers were able to make one final defensive stand to then close out the game.

The win helped erase the painful memory of Pelham’s last visit to Jimmie Trotter Field, a 42-14 drubbing to open the 2016 season.

Pelham had no trouble replacing departed quarterback Xavier Lankford, as younger brother Will Lankford was 6-for-11 on the night with 149 yards and two touchdowns.

Defensively, Jon White and Zack Rushton each had eight tackles to lead the Panthers.

The Panthers will continue their three-game season-opening road swing with the short trip to 7A Oak Mountain next Friday while the Blue Devils travel to face local rival Corner.