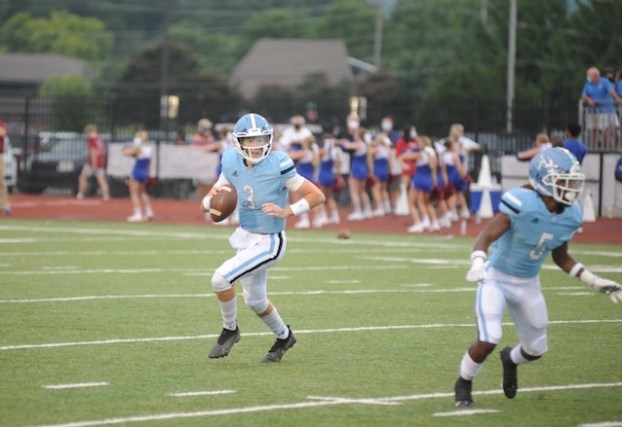 Spain Park will play host to Briarwood in this week's Game of the Week. (Reporter photo/Alec Etheredge)

A look at Week 2 matchups across Shelby County

A few months ago, who would have thought we would be going into week two of the high school football season. But after a successful first week, we now head into Week 2 of the 2020 season.

While opening week is always fun and brings back the buzz surrounding Friday night lights, the second week doesn’t take a back seat. It not only marks the final tune up before region play kicks off next week, but we will also get to see four in-county matchups this week, including our Game of the Week.

Game of the Week: Spain Park vs. Briarwood

Separated by a short 4 miles, these two 280-area foes will meet for just the third time ever. Briarwood won the first matchup 20-10 back in 2008, while Spain Park returned the favor a year later in 2009 with a tight 21-15 win. The determining factor in this game will be Spain Park’s offense versus Briarwood’s defense.

The Jags are coming off a 52-21 victory on the road at Huntsville last week thanks to a strong debut from quarterback Bennett Meredith, while Briarwood is coming off a hard-fought 28-20 win at Fort Payne where the defense made some big plays to help seal the win. The Jaguars, however, also have the upper hand when it comes to classification. Spain Park is a 7A team, while Briarwood was in 5A last year and is now up in 6A. That should give the Jags an advantage depth wise, but this is a good final test for both before region play kicks off. Spain Park 28, Briarwood 17

Coming off a physical battle against defending Class 6A state champ Oxford, the Thompson Warriors will travel north to Sparkman this Friday. The Warriors were able to handle the Yellow Jackets 56-34 to open the season thanks to Conner Harrell and Jarrett Crocket both having tremendous offensive starts to the season. The Senators are coming off an 8-3 season last year, but lost their opener 22-7 to 6A Gardendale. Thompson’s defense struggled in the opener after being hyped up all summer, so they’ll be out to prove a point in this one, while the offense should continue to roll. Thompson 35, Sparkman 10

After renewing their rivalry two years ago, the two teams have split their matchups with Oak Mountain winning 21-7 last year and Pelham taking a 52-21 win two years ago. Last year’s win by the Eagles snapped a seven-game losing streak in the series, and they’ll look to continue that this year. But it’s going to be a more difficult game this year. Coming off a 38-2 win over Chelsea, the Eagles have confidence, but so does Pelham.

The Panthers won three of their last four games to end last season and opened with a 28-21 win over Mortimer Jordan in week one, a 5A semifinal team last year. There is a classification difference between the two with Oak Mountain being in Class 7A, but the talent returning to both teams negates that this year. The Eagles should have slightly more experience and were the better team last year with both returning the majority of the same talent. I expect a close battle with the Panthers hoping for redemption, but the Eagles seem primed for one of their good years this year with slightly more veteran experience. Oak Mountain 28, Pelham 21

When this county rivalry began back in 2014 (Helena’s first season as a team), Chelsea won the first four games by a combined 175-95. But the last two years in a row, Helena has won two tightly contested games 28-21 and 31-28. Last year’s game was remarkable with Logan Maloney winning it in the final minute thanks to a 30-yard field goal following a valiant comeback attempt by the Hornets. This year, however, the two teams aren’t battling for first in the region and aren’t even in the same region, while they’ll also enter under different circumstances.

Helena is coming off a 43-0 shutout of Dallas County in the opening week, while Chelsea struggled in a 38-2 loss to Oak Mountain. Chelsea gave up more than 200 rushing yards to the Eagles and will be taking on a Helena team with a veteran offensive line that loves to run the ball and racked up more than 200 in the opening win. If Chelsea’s offensive line can’t create more space for Collier Blair or give the quarterback more time to throw, the Helena will run to victory this week. Helena 28, Chelsea 10

The opener for Calera saw some positives, but ultimately ended in a 14-12 loss. The Eagles took a 12-0 lead and were playing great defense throughout. But ultimately a missed extra point and 2-point conversion became costly when Demopolis scored 14-unanswered points to sneak out the win. Now Calera gets a home matchup with Jackson-Olin this Friday, who is coming off a 62-7 win over Woodlawn. The Eagles’ defense forced three turnovers against a good Demopolis team in the opener and looked great, while the offense showed promising signs. They proved they are heading in a good direction, and they will offer more of a challenge to the Mustangs than Woodlawn did, but it’s a week they’ll have to come in and prove just how hungry they are to pick up the win. Each week, however, adds another week of experience for a young team that is getting better. Calera 17, Jackson-Olin 24

The opener for these two teams is on for Friday night. Originally scheduled for Thursday, the two worked together to adjust that so Montevallo could get fully healthy and prepared for the game after cancelling the opener due to COVID-19. Now, the two get to open the season against each other in a fun county rivalry. Last year, the Bulldogs pulled off a 56-50 win. But this season, the Wildcats look to have more experience back and should have the upper hand going into the matchup, especially with neither gaining experience in Week 1. Shelby County 35, Montevallo 19

Cornerstone opened the new season with a difficult 28-12 loss to Southern Prep Academy. The Chargers hung tough for a while, but two late scores in the final quarter-and-a-half were too much to overcome. This week, they’ll take on Banks Academy in game two, who is coming off a 41-40 loss to Pickens Academy. It will be a similar matchup for the Chargers, who need to take advantage of Banks’ defensive struggles in week one. Banks showed they could put up points, now the Chargers need to do the same to pick up a win. Cornerstone 20, Banks 28

It was about as perfect of a start as Evangel could have hoped for. Despite replacing some of their top offensive talent, the Lightning came out and put up 40 first-half points against Meadowview in a 40-6 win that was called at the half due to weather. A big reason for that success was first-year starting quarterback Eli Whitfield. Now, the Lightning take on East Central HomeSchool and should easily move to 2-0. Evangel 50, East Central HomeSchool 20

By ALEC ETHEREDGE | Managing Editor ALABASTER – With a combined 90 points, Thompson and Oxford put on a show... read more