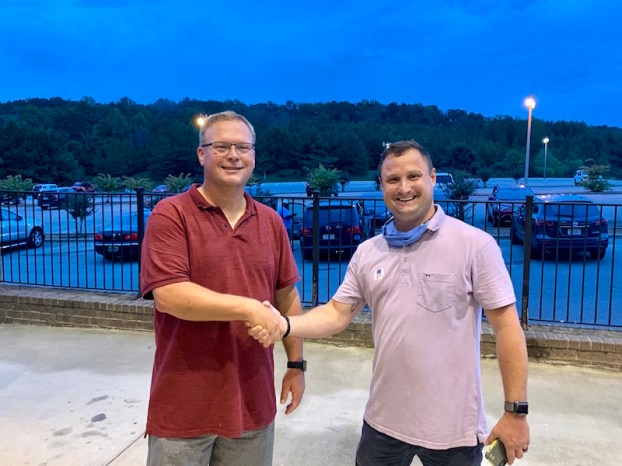 HELENA – After several months of campaigning, meet and greets, forums and debates, the closely watched municipal election in Helena saw current Place 2 City Councilman Brian Puckett elected as the next mayor of Helena on Tuesday, Aug. 25.

Puckett defeated Scott Summerlin with a vote of 1,811-1,250 to earn the spot as the city’s next leader.

Puckett will replace Mayor Mark Hall, who announced earlier this year that he would not seek a third term in office after promising to only serve two terms.

“The first thing is that I am graciously humbled by all of the outpouring of support from people casting their votes for me today,” Puckett said. “It meant a tremendous amount that I had the community rallying behind me in this election.”

Having previously served as Helena’s Place 2 City Councilman, Puckett announced his intention to run for mayor citing a wealth of corporate and civil experience. He said that he plans to put that experience to use when he is sworn in as mayor.

“I am looking forward to hitting the ground running in November to continue working with all of the departments and residents to make sure that Helena continues to be the best little town that we love,” Puckett explained.

Place 1 incumbent Leigh Hulsey successfully defended her position winning the election with a count of 2,029-1,021 against Scot Newman, chair of Helena Market Days and the Buck Creek Festival.

Place 2, the seat vacated by Puckett, was won by Helena Beautification Board Chariman Chris VanCleave with a vote of 1734-1322 against Dominga Garner, Application Developer for Jefferson County Commission.

Place 4 incumbent Laura Joseph was reelected to another term after defeating Tangee Edwards with a vote 1,988–1,041.

In addition to those contested elections, seats 3 and 5 on the council weren’t contested. Alice Lobell will remain the representative for Place 3, while Hewy Woodman will remain in Place 5. The two were sworn in to their positions earlier this month.