Runoff set between Mitchell and Whiting for mayor of Columbiana 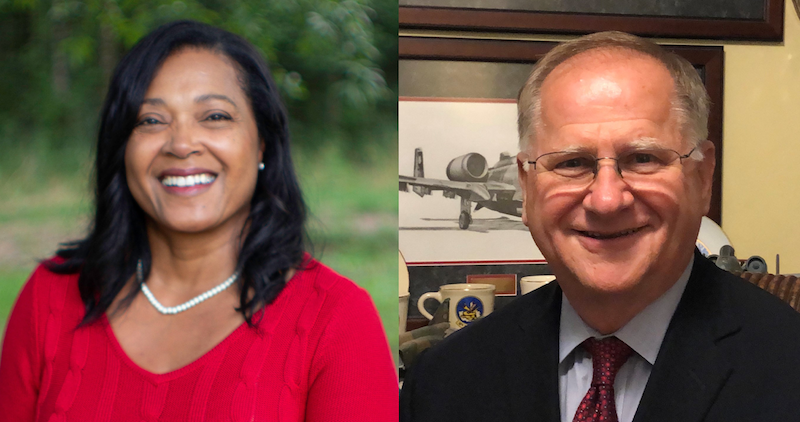 Teresa Whiting, left, and David Mitchell will square off in a runoff to determine the next mayor of Columbiana. (File)

COLUMBIANA – In one of the more competitive municipal elections, the city of Columbiana is going to have a runoff for its mayoral seat on Oct. 6.

Following a day of voting in the city on Tuesday, Aug. 25, David Mitchell and Teresa Whiting were the two highest vote getters out of five total candidates, but neither gained the necessary 50-percent.

“It’s an honor to have the opportunity to run for mayor of Columbiana,” Whiting said. “I was born and raised in this area. I have the pulse of this community because I’ve lived in it.”

Mitchell was also excited to still be in the running for the city’s next mayor, but knows there is a lot of work left to be done.

“There is still a lot of work to do between now and Oct. 6,” Mitchell said. “I’m trying to let that sink in and figure out what the next step is for campaigning.”

The two were complimentary of each other for the strong campaigns they have run, but both are looking forward to helping the city move forward by making the community the sole focus in doing so.

Mitchell plans to do so with three pillars: Sustained and manageable economic growth, a good handle on resources and finances and making the city a better place to live, work and play.

“My vision isn’t what’s really important. It’s the residents’ view,” Mitchell said. “I want to bring together a group of business, city, residential and other leaders to all get behind on where we want Columbiana to go. It’s about the people of the city coming together to move us forward, it’s not about me.”

Having lived in the Columbiana area for most of her life, Whiting said that’s her driving force to make the city the best it can be.

“I have the desire that cultural and social needs of the community are met. When those are met, we’ll not only have economic growth, but we will make the city more attractive. We are a community and want to grow economically, but want all citizens involved. I want to create an environment where everyone feels like they can take ownership of the city. I want them to have a voice.”

In other results, three different wards in the city were contested, including three candidates running for the Ward 4 seat.

Gladys Beasley, Kim King and Jonathan Russell entered the day hoping to win the seat, but King walked away with 118 votes, which equaled to 57.5 percent.

By earning more than 50 percent of the vote, there will be no runoff for Ward 4 and King will take over that position once sworn in later this year.

Karen Harris Lilly ran uncontested for Ward 1 and will take over that seat, while Ricky Ruston will remain on the council in the Ward 3 seat.