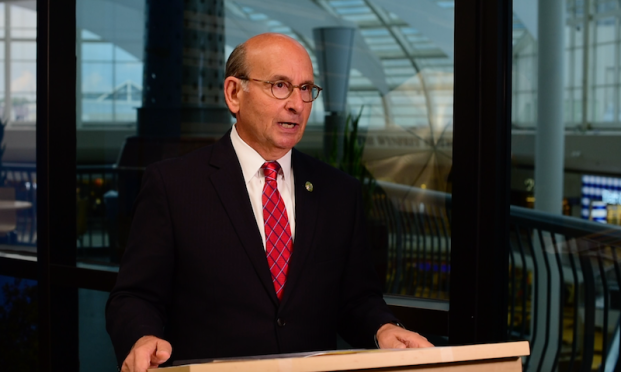 Frank Brocato has been reelcted as the mayor of Hoover after the city's municipal election on Tuesday, Aug. 25. (Reporter photo/Keith McCoy)

HOOVER – In a landslide victory, Hoover Mayor Frank Brocato has been reelected to his position after receiving 76 percent of the vote during the city’s municipal election on Tuesday, Aug. 25.

Serving the city for the last four years, Brocato said the city is in wonderful shape and he hopes to keep it that way for the next four years and beyond.

“Hoover is in a great, great place,” Brocato said. “I know that we’re all going through COVID and it’s a difficult time for most cities, but we’re actually in really good shape. Our city council has done a wonderful job in helping manage our finances, we’ve put good budgets together. Our citizens are supporting our business and have been since early on.”

One of the aspects Brocato is most proud of is the city’s diversity in many different ways.

“One of the things we’ve talked about all along is diversifying our economy over the last four years and we’ve done that,” Brocato said. “We’ve got a great base of citizens here that love their city and one of the most wonderful things about our cities is our diversity. That’s what makes a great city.”

“I really am grateful, it’s a wonderful night for our family and our city. I’m so thankful,” Brocato said.

The most hotly contested seat in Hoover’s municipal election was for Place 2, which was vacated by Smith when he decided to run against Brocato.

With five candidates looking to replace Smith, there was a lot of balance in the vote and no candidate gained more than 50 percent of the vote to take the seat.

There was also a tight contest for Place 7 with three candidates running for the vacant seat. Steve McClinton narrowly avoided a runoff with Alli Nations by receiving 50.6 percent of the vote.

Place 1, Place 3, Place 4 and Place 6 seats were all contested, but all were won by incumbents in landslide votes.

The only seat uncontested was for Place 5, which will continue to be held by Derrick Murphy.