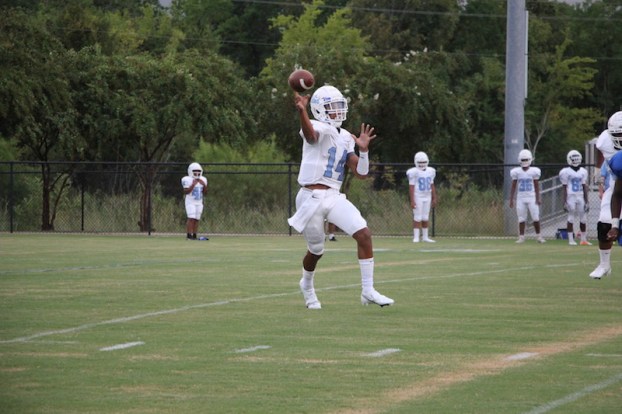 Calera schedules No. 1 Mountain Brook for Saturday after tonight’s game was canceled

CALERA – The Calera Eagles will have a new opponent in their home opener after Jackson-Olin backed out of tonight’s matchup due to COVID-19.

After finding out Friday morning that they wouldn’t be playing the Mustangs, the Eagles got to work on finding another game and will now host Mountain Brook for their first home game of the season.

News broke on Thursday night, Aug. 27, that the Mustangs were forced to cancel the game due to the positive case or cases, but the Eagles weren’t made aware of the decision until Friday morning. As of late Thursday night and as early as Friday morning, players and others were still expecting a game to be played until official word came in at around 8 a.m.

That’s when head coach Trey Simpson started working to get a game on the schedule for this weekend to get his team another week of preparation going into the opening week of region play next Friday when the Eagles will host county foe Pelham.

And it not only marks a challenging team to test them, it also marks a matchup with the No. 1 team in the 6A classification.

Coming off a tight 14-12 loss to Demopolis on the road to open the season after gathering a 12-0 lead before giving up 14-unanswered points in the final eight minutes, it marks a chance for Calera to continue to get better.

Off back-to-back one-win seasons, the Eagles showed improvement last week in their opener and will look to continue that against arguably their toughest test since moving up to Class 6A two years ago.

It will also mark the season-opener for Mountain Brook, who is technically 1-0 on the season after Vestavia Hills had to forfeit their season opener.

Chelsea volleyball off to 4-2 start