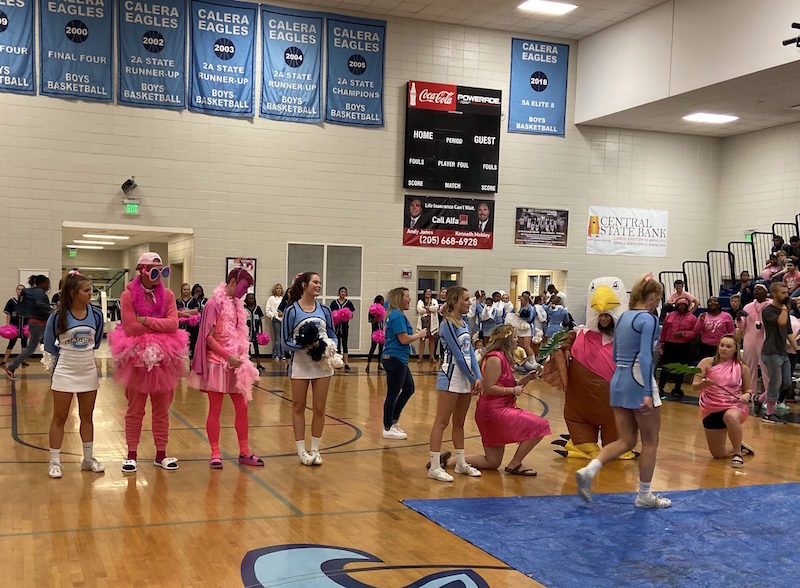 Calera will celebrate the 10th anniversary of “Calera Goes Pink” in October to raise awareness and money for breast cancer research. (Contributed)

CALERA – For the 10th consecutive year, the city of Calera will be going pink to help raise awareness for breast cancer research in the state.

In conjunction with the Breast Cancer Research Foundation of Alabama, the city will be putting on several events throughout the month of October to give students, residents and others throughout the city a chance to wear their pink clothing to support the cause.

There is also a 10th anniversary T-Shirt for sale with all proceeds going to breast cancer research.

The shirt, which is available for pick-up or home delivery, is a light pink color and has a more vibrant pink 10 on it to represent the 10th anniversary with the 0 also coinciding with a breast cancer awareness ribbon. The front says Calera goes pink on it inside a cut out of the state of Alabama. 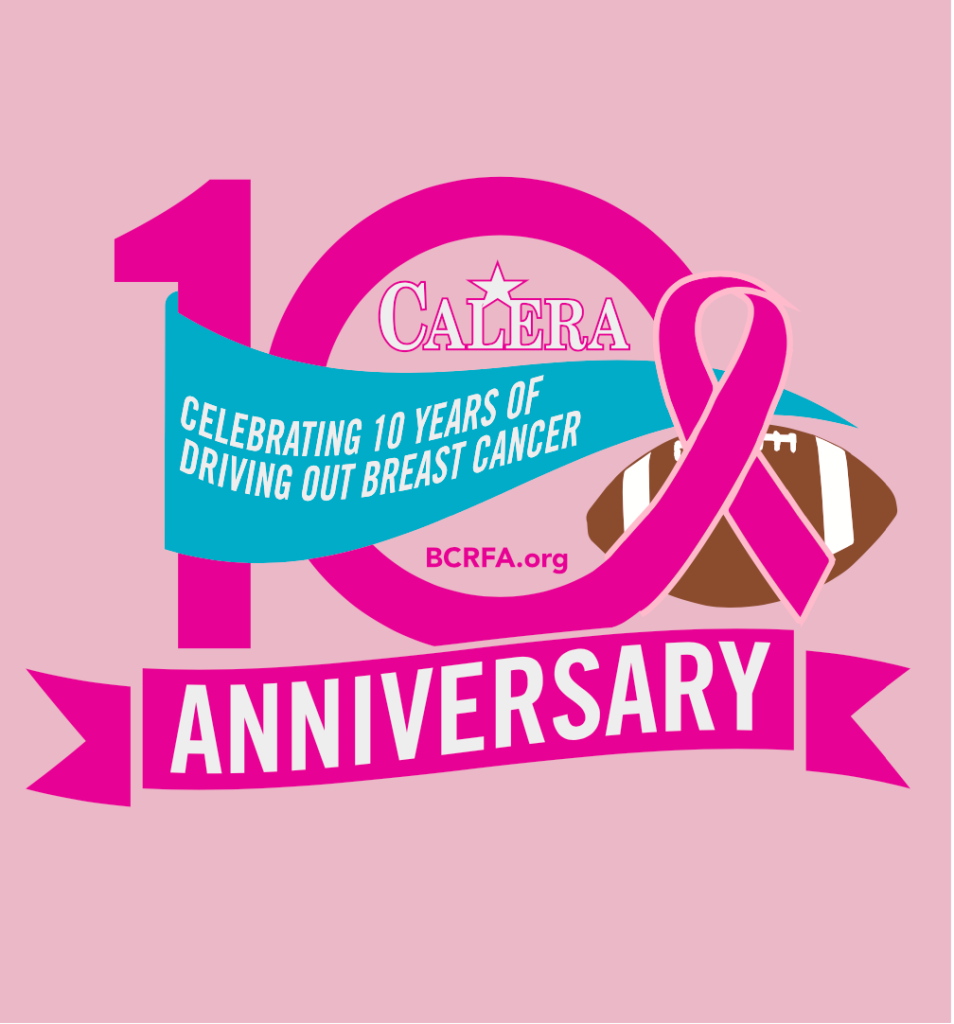 Whether you buy a shirt or not, the goal is for those in the city to not where pink as much as possible through the month of October, and there will be several events throughout the month showcase your support.

The first opportunity will be on Friday, Oct. 2, when the Calera Eagles play host to region foe Stanhope Elmore in the annual “Calera goes pink” game.

The goal will be for the home fans to pink out the stands for the game to show their support early during Breast Cancer Awareness Month.

In addition to the game, on Tuesday, Oct. 13, Timberline Golf Club will host a Calera Goes Pink Golf Tournament. The tournament is open to both individuals and foursomes to compete for a good cause.

The tournament, like the rest of the events being put on, will benefit the Breast Cancer Research Foundation of Alabama.

If you can’t attend either of those, don’t want a shirt or can’t get involved through other sponsorship events during the month, you can also simply donate to the cause.

You can donate $10 or $25 at Bcrfa.networkforgood.com/events/22351-calera-goes-pink-2020-10th-anniversary. With a $10 donation, you complete one entry for a chance to win a Coolster dirt bike, while a $25 donation gives you three entries.

The “Calera Goes Pink” movement started in 2010 behind the effort of Kate Kiefer, who was a breast cancer survivor.

What started with selling pink T-shirts for the upcoming football game 10 years ago turned into a full-blown event. The team wore pink for a special game, while students and faculty joined them. In addition to that, the week leading up to the game featured several ways for to raise money for the great cause.

Now, storefronts are decorated each year, the golf tournament is at capacity most years, and thousands of dollars are raised for breast cancer research.