Living her life despite cerebral palsy

Cathy Haffner entered this world on July 24, 1949; four years later she was diagnosed with cerebral palsy. cerebral palsy (CP), is a group of disorders that affect a person’s ability to move and maintain balance and posture. CP is the most common motor disability in childhood. 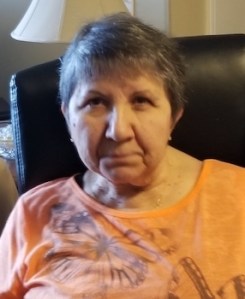 Despite the challenges that CP caused her, in 1966, Cathy graduated high school and went on to earn a B.S. in psychology from Auburn University in 1972. Haffner then went on to become an elementary school teacher. She taught Kindergarten at Forest Dale Baptist School in Forestdale, Alabama for four years. “One of my students became my dentist,” she said with excitement in her voice.

Cathy worked at Walmart as a greeter in the garden center. As a self-described “people person,” she got the chance to chat with customers as she thanked them for their patronage and invited them to come back again soon. At the age of 47, Cathy married her husband Michael. After sharing nearly two decades, Michael passed in 2015 after becoming ill and spending the last year of his life in a nursing facility.

In 2012 Cathy began attending the Calera Senior Center where she resumed her occupation as “official greeter.” She developed a movement disorder called chorea. It causes involuntary, irregular and unpredictable muscle movement. After the loss of Michael and developing chorea, Cathy no longer attends the center full time. But she visits as often as possible. She looks forward to socializing with her old friends, playing games and the joy that having a good meal affords her. She is a member of Saint Mark’s Evangelist Catholic Church. She was a member of old St. Marks for 35 years which she says her grandfather helped construct. She supports picnics, festivals and events such as spaghetti dinners to help the community.

These days, Cathy fills her time interacting with neighbors, especially the children. She likes to travel, enjoys going to the beach and looks forward to her annual trip to Pensacola to visit her lifelong friend. Her best friend is her dog, Isabella (“Issie” for short), is a rescue from the local shelter. Cathy has invested much time in training her canine companion. “She is very smart and well behaved,” Cathy insists. Cathy is blessed to have a live-in caretaker who is first a close friend. She has known Clara McPherson for the past three decades.

By ALEC ETHEREDGE | Managing Editor The first day of September was an important decision day for many residents in... read more