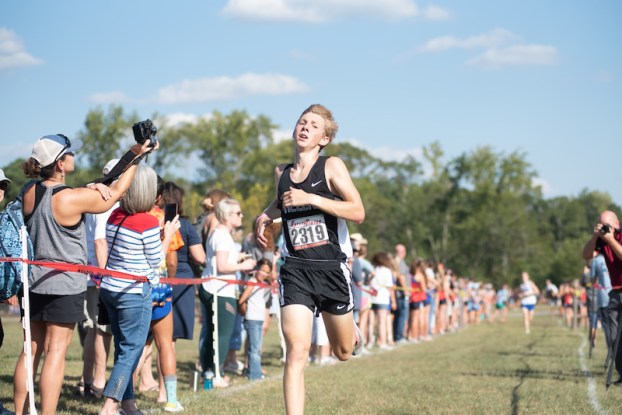 Helena’s Brady Barton won the CTC meet to kick off the 2020 cross country season on Saturday, Aug. 20, while also helping the Huskies take the team title as well. (File)

TUSCALOOSA – The Calera Eagles and Helena Huskies both kicked off the 2020 cross country season on Thursday, Aug. 20, after a summer of unknown and the two had ideal starts to the new year.

After not knowing whether or not there would be a fall sports season, both teams got to compete on the opening day of the season and made it count. The Helena boys started the season with a win at the CTC Dual/Tri/Quad Meet, while the Calera boys finished second at the Wildcat Twilight Invite.

Both schools also saw their girls compete with Helena finishing third out of three teams and Calera finishing fifth out of six teams.

Helena’s win, however, was the highlight and Brady Barton played a key role in helping the Huskies start on a strong note.

Barton was one of four Helena runners to finish inside the top 10. Aspen Warren, a freshman, added a top-five finish thanks to a time of 17:48.57, which was good enough for fifth, while Jacob Stephens, another freshman finished one spot lower in sixth with a time of 17:57.50.

Not too far behind those two was junior Gage Pritchard, who finished the race in eighth with a time of 18:06.19.

In addition to those top 10 finishers, the Huskies also had four others in the top 15 and one additional finisher in the top 20.

For Calera’s boys in their meet, they claimed second with 74 points, which was nine behind winner Southside-Gadsden and two points ahead of third-place Oxford.

On this week’s show, we take a look at the first week of region play kicking off this Friday night,... read more