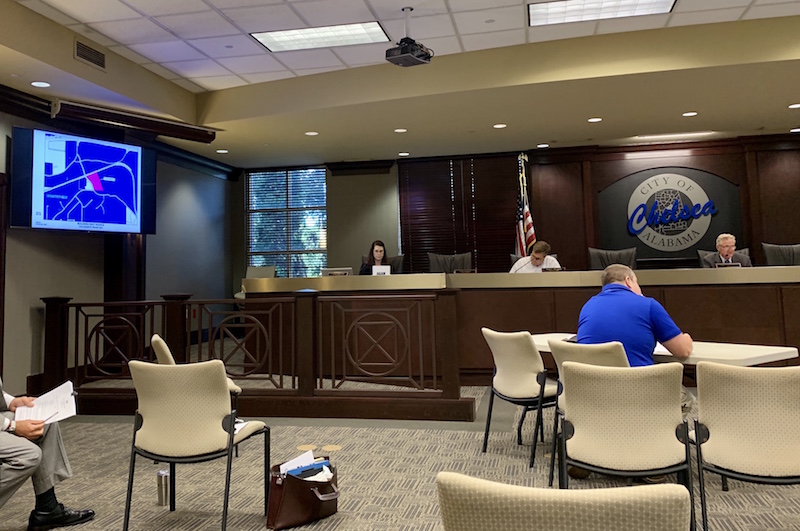 The council held a public hearing for a proposed ordinance regarding a rezoning request from RDK Estates for 11 acres of their property from A-R (Agricultural-Residential) to E-1 (Single Family Estate).

No one spoke for or against the proposed ordinance, and the hearing was closed.

After voting to suspend the rules for immediate consideration of the proposed ordinance, the council approved the rezoning request.

The council also approved a proposed ordinance for annexation submitted by Builders FirstSource for 14.74 acres of property located on Shelby County 433 in Chelsea.

“They are a great partner to our city,” Mayor Tony Picklesimer said, noting Builders FirstSource has been the largest sales tax producer in building supplies in the city for a number of years. “They reached out to us and had a discussion, so here we are, and we welcome them to our city.”