Thompson takes down Class 4A No. 1 Montgomery Academy 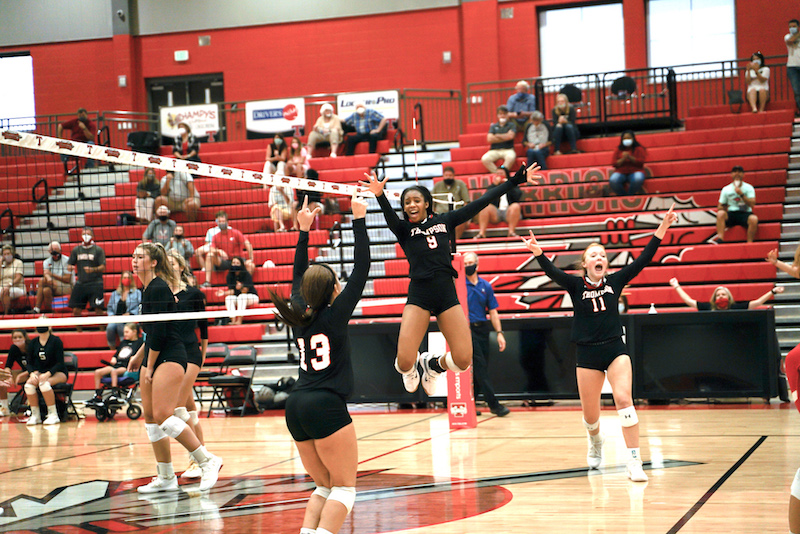 “Montgomery Academy has won a lot of championships because they’re well coached and they’re well disciplined,” said Thompson head coach Judy Green. “They do a lot of things to make you uncomfortable.”

Green called a timeout and adjusted her team and the Warriors came out firing. Cricket Canady had a big first set with five kills, as the Warriors closed the set on a 9-3 run.

“What’s really changed for us is we have the confidence to take the bigger swings in the more risky situations,” Green said. “That’s training, believing in the training and leaning on your training. That’s one of the things we talk a lot about as a team is to trust the process. Today they were able to see what could happen if they have that trust.”

Montgomery Academy dug in even harder in the second set, which featured five lead changes and 12 ties. Neither team led by more than three until Briana Wilson’s kill fell just inside the line and gave the Warriors a 21-17 lead, but the Eagles didn’t go away.

They took six of the next seven points to retake the lead at 23-22, but Baylee Southern tied the set for the final time before Thompson won the set with three straight points.

The Eagles finally broke through with an impressive must-win third set. Montgomery Academy was in the zone and built a 20-11 lead before finishing off a 25-17 set victory.

“I thought we got a great response from Montgomery Academy,” Green said. “I was proud of the maturity we showed as a team to come back and the way we came back in the fourth set, we meant business. It was a very mature response by our team.”

Thompson played at a high level most of the night, but the Eagles’ defense was fantastic, diving for shot after shot and making the home team work for every point.

The Eagles tied the fourth set at 13 apiece, but from there the Warriors took control.

They outdid their first-set finish with a 12-3 run to clinch the victory off a strong finish by Sophie Bearden, who made her mark throughout the match.

Jada White led Thompson with 12 kills and an ace on the night while Wilson added nine kills and two aces.