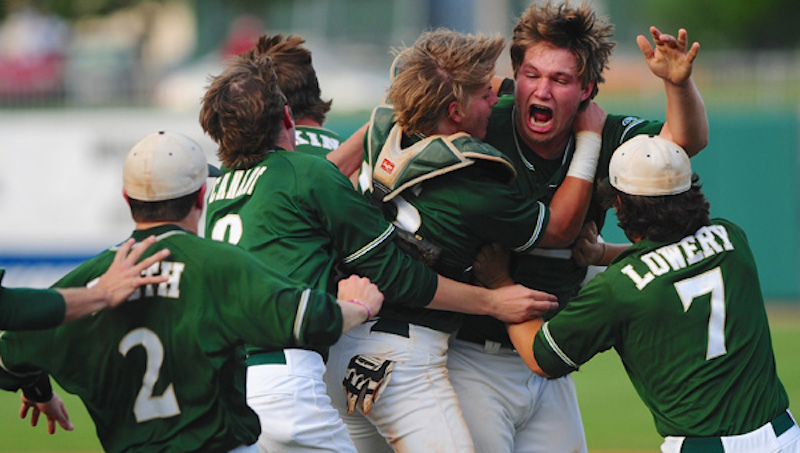 UAB has hired former Pelham baseball player Thomas Lowery, No. 7 above, as an assistant coach of the Blazers’ baseball team. (File)

Lowery is no stranger to the UAB baseball program. He played for the Blazers from 2014-17 and ranks among the best pitchers in program history.

“We are fortunate to be able to bring back former Blazer great Thomas Lowery to the UAB Baseball program,” said Roth. “He loves UAB and what this program stands for. He was a relentless winner on the field who excelled in the classroom and has always had high accountability.”

During his senior season, Lowery compiled a 6-4 record with a 4.90 ERA in a team-high 75.1 innings. He became the fifth Blazer to reach 200 career strikeouts. Lowrey tossed the ninth complete game one-hitter on C-USA history versus Western Kentucky on March 20, 2017.

In 2014, Lowery was named to the C-USA All-Freshman Team. During the season, he went 5-2 with a 3.02 ERA in 21 appearances. Additional stats for the season included four saves, 17 earned runs and 45 strikeouts.

A Birmingham native, Lowrey played four years at Pelham High School before making his way to UAB. In 2013, he led the Panthers to the Class 6A state championship, tossing a 16-strikeout one-hitter in the quarterfinals.