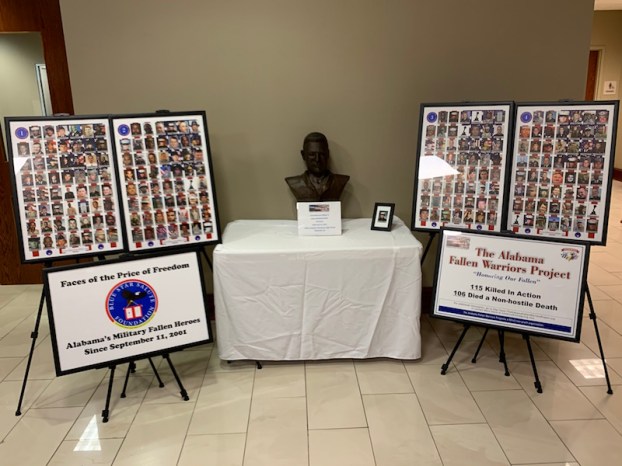 A display at the Hoover Safety Center shows the plans for the Alabama Fallen Warriors Project monument to be constructed at Veterans Park in Hoover. (Contributed)

HOOVER – Plans are taking shape for the construction of a monument at Veterans Park off Valleydale Road to honor many of the state’s fallen veterans.

The Alabama Fallen Warriors Monument Project seeks to ensure generations to come remember the sacrifices of Alabama’s veterans who gave their lives in the War on Terror following the attacks on Sept. 11, 2001.

Hoover Veterans Committee member and Vettes4Vets Founder Mark Davis is spearheading the project and said the mission is to dedicate the monument and a bronze bust of Briarwood High School graduate Thomas Rivers on the 20th anniversary of 9/11 in 2021 or on Celebrate Hoover Day in 2022.

“Due to COVID, no site development has taken place,” Davis said. “However, Hoover is moving forward with a site survey plan per the mayor and Tommy Daniels. We will lay out in the next few weeks where all the utilities are located so we can do soil testing and sampling.” 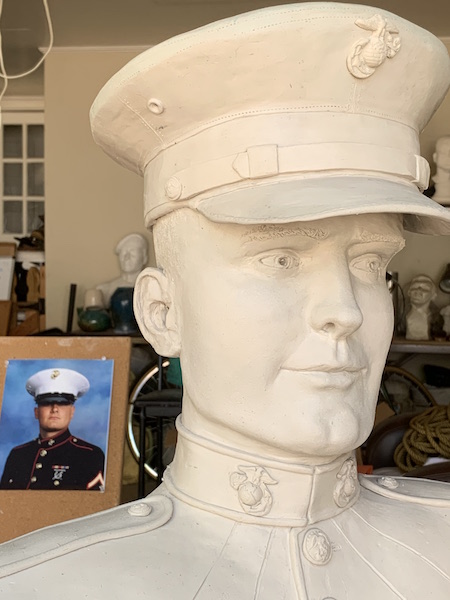 Pictured is a clay model of the bronze bust to be cast of Briarwood High School graduate Thomas Rivers, who was killed in action in Afghanistan in 2010. (Contributed)

Rivers was the second person from Hoover to be killed in action, and Rivers’s mother, Charon Rivers, founded an organization called Support Our Soldiers, or S.O.S., according to Davis.

“I took over S.O.S. last month to continue the legacy and mission work of Thomas when he served in the Marines,” Davis said, adding Rivers’s bronze bust will be cast this month at the University of Alabama and placed in Alabaster, at Siluria Brewing Company and the VFW named in Rivers’s honor, until the monument is built.

The monument will consist of 142 concrete columns erected at the veteran ceremonial area at Veterans Park.

Affixed to each column will be a giant dog tag honoring each Alabama veteran killed in action, of which there are 118 to date, Davis said.

Each 10-inch-by10-inch column will measure 10 feet in height and will be placed 3 feet into the ground.

The dog tags will be etched with a design on one side.

A 60-foot tall American flag will be placed in the center of the columns. 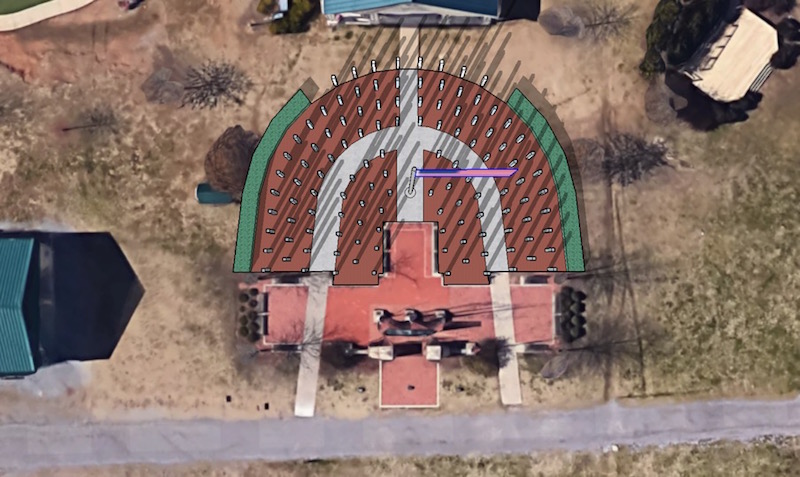 This rendering shows an aerial view of the Alabama Fallen Warriors Project monument to be built at Veterans Park. (Contributed)

“My vision is: As the sun and the earth rotate, the American flag will cast a shadow on each column,” Davis wrote in a project presentation.

In addition, bronze busts of many of the 224 Alabama veterans killed or who died a non-hostile death will be installed around the monument.

Regarding 9/11, the first four Alabamians were killed in the Pentagon bombing, Davis said.

The first service member killed after 9/11 was Michael Spann, U.S. Army/CIA. His bust is housed at Auburn University.

To date, more than $18,000 has been raised for the project, but additional funds are still needed.

Donations of any amount will be accepted, or donors can sponsor a column for $1,000.

“Total funds needed are between $175,000 to $200,000,” Davis said. “We are working on a final budget amount. Shelby County and Hoover both are very supportive of the AFWP and will support with in-kind donations. This will be a statewide site for tourism.”