Oak Mountain falls to No. 1 Hoover in area matchup 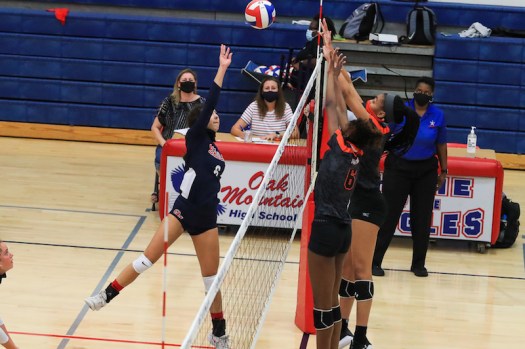 The Oak Mountain Eagles dropped an area matchup with No. 1 Hoover on Tuesday, Sept. 8, which snapped a seven-match win streak. (For the Reporter/Dawn Harrison) 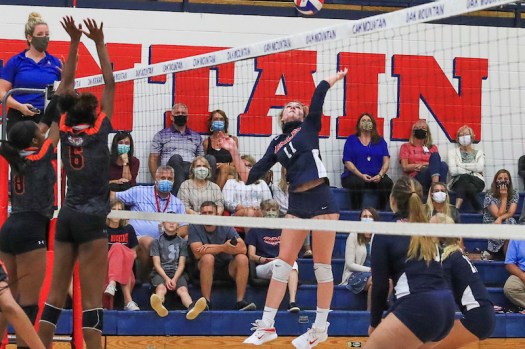 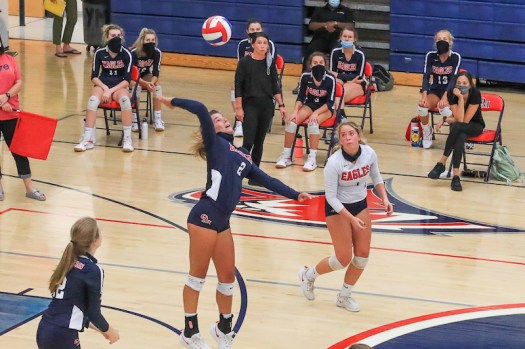 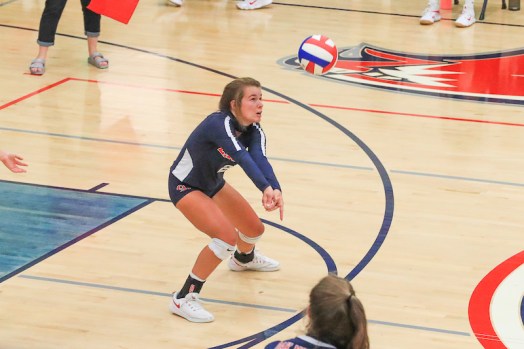 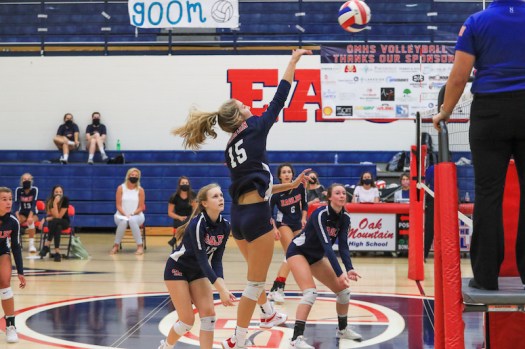 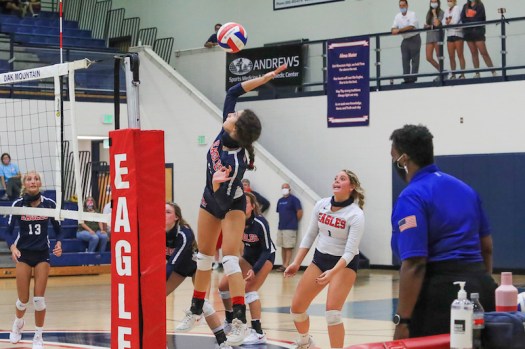 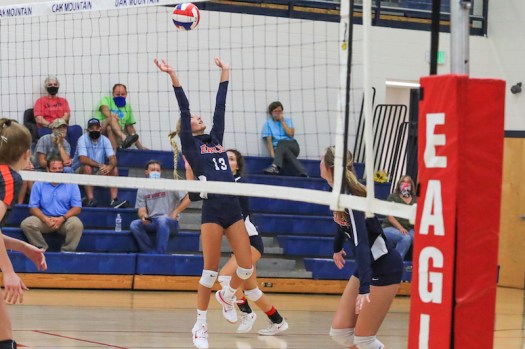 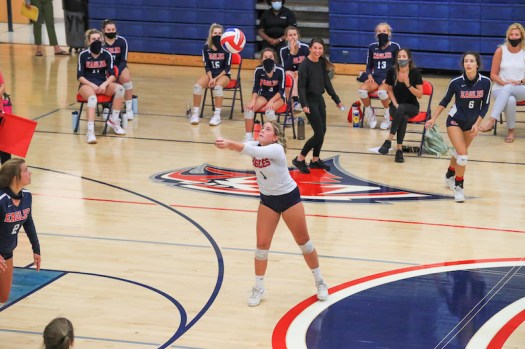 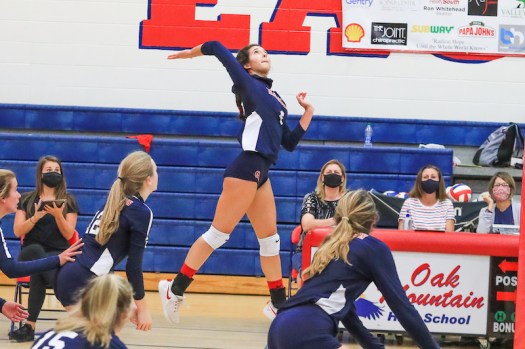 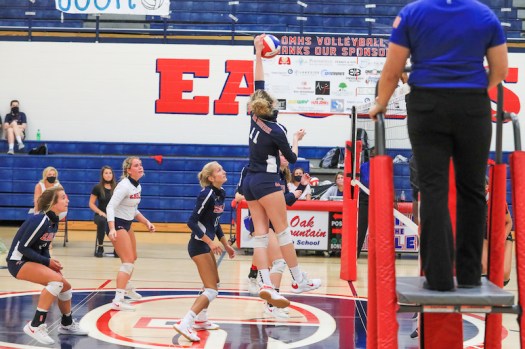 NORTH SHELBY – Winners of seven in a row, the Oak Mountain Eagles’ volleyball team got the reward of playing No. 1 Hoover on Tuesday, Sept. 8 in an area match.

On their home floor, the Eagles knew it would take their best effort against the Buccaneers, who had lost just one match this season in a 3-2 loss to McGill-Toolen to open the year. But at the end of the night, the Bucs proved to be too much for Oak Mountain, who is continually improving under first-year head coach Grace Burgess.

Each set looked lopsided in the score column, but outside of the opening set, the Eagles showed promising signs against a Hoover team that was difficult to stop because of the team’s ability at the net both blocking and killing balls.

That dominance was particularly on display in the first set. Hoover jumped out to a 3-0 lead and Oak Mountain trailed by that three-point deficit up to 6-3 before the Bucs put together a strong run.

Every time, the Eagles made a good play, Hoover’s front line was there to block it right back down for a point at the net, or the Bucs got a clean set, which was an automatic point with the athleticism the No. 1 team had up front. The Bucs easily got above the net and hammered several powerful kills throughout the set and the night.

That led to Hoover going on a 19-2 run for the Bucs to close out the set, as they picked up the opening-set victory 25-5 to build their confidence early in the match.

In the second set, however, the Eagles made a few adjustments and showed the growth that is happening early this season under their first-year head coach.

But Hoover had a response.

The Eagles, however, showed much more fight than the first set and bounced back to tie the set at 13-13 with a 3-0 run.

That’s when Hoover flipped the switch back into the mode it was in during the first set. The Bucs put together an 8-1 run to storm back in front 21-14.

With Oak Mountain’s backs against the wall, it was tough for the Eagles to find a good rhythm in the final set, but they did come out and take a couple of early leads in the third set at 4-2 and 5-4.

But after a 6-6 tie, Hoover went on a 3-0 run and the Eagles never got closer than three the rest of the way with the Bucs eventually closing out the straight-set victory with a 25-14 win in the final set.