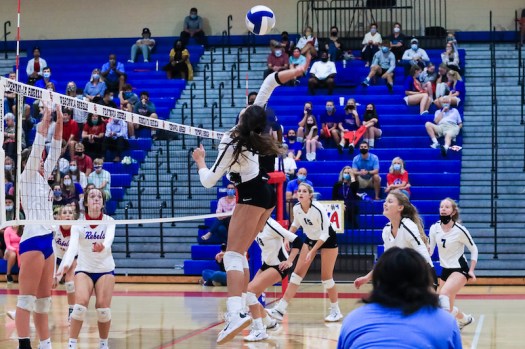 The No. 3 Spain Park Jaguars picked up a sweep against Vestavia Hills in a top-10 battle on Tuesday, Sept. 15. (For the Reporter/Dawn Harrison) 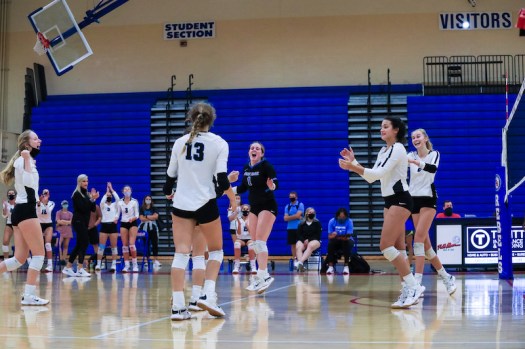 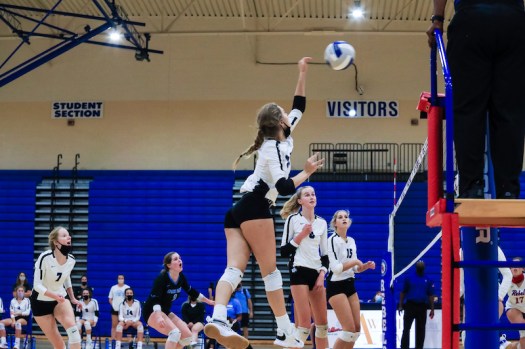 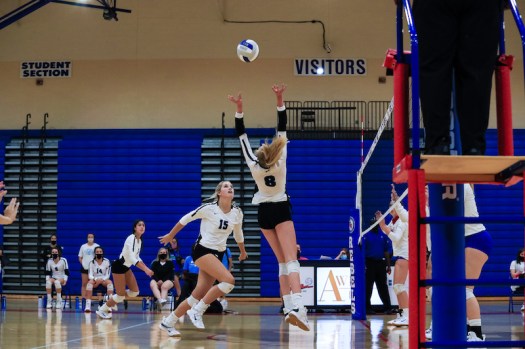 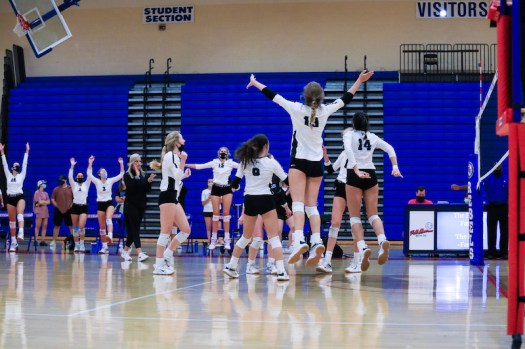 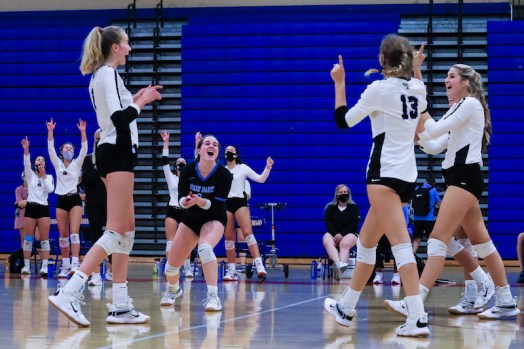 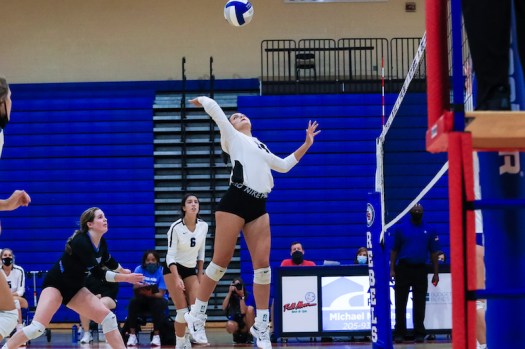 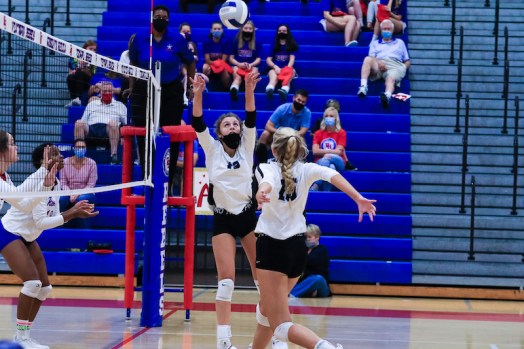 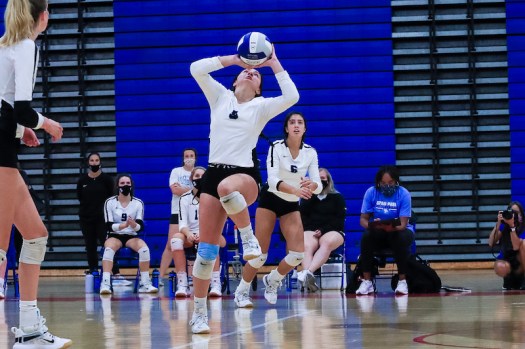 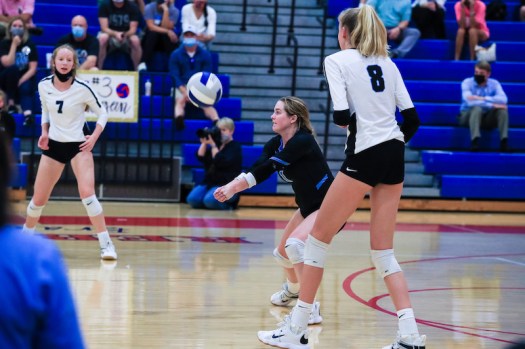 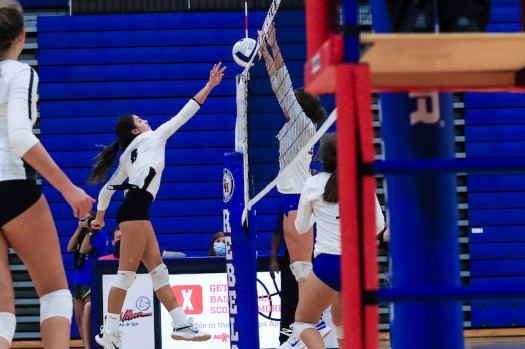 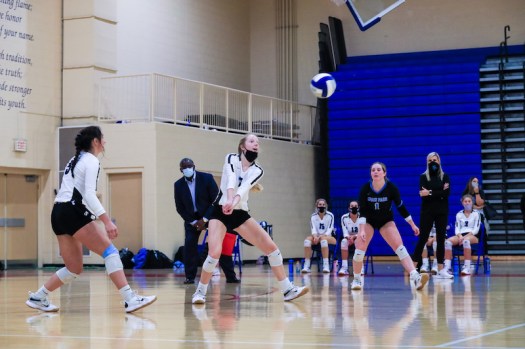 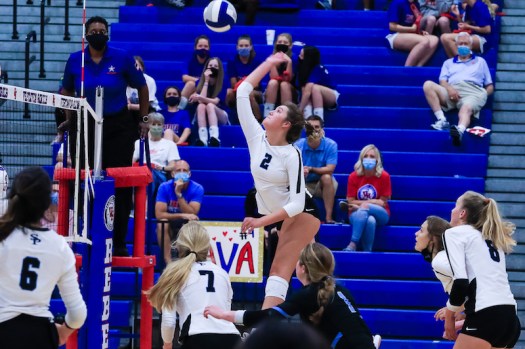 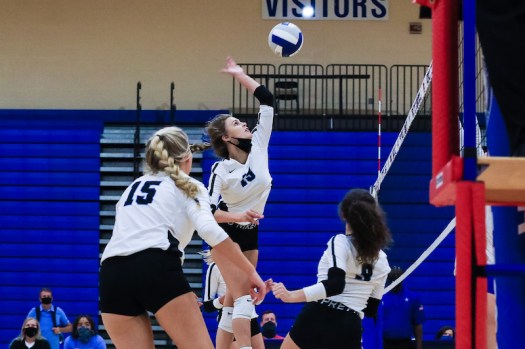 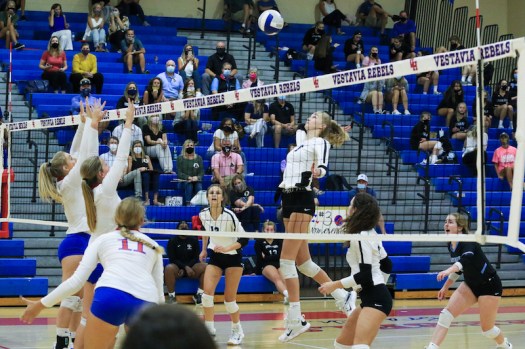 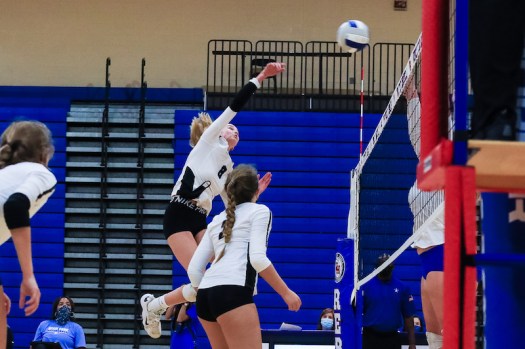 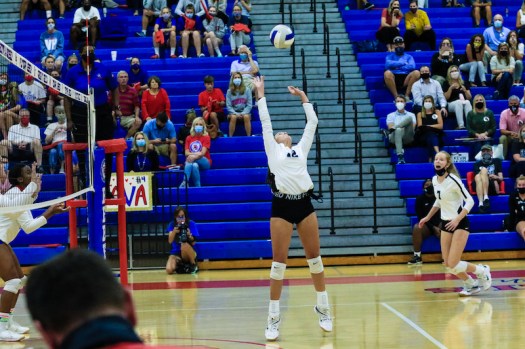 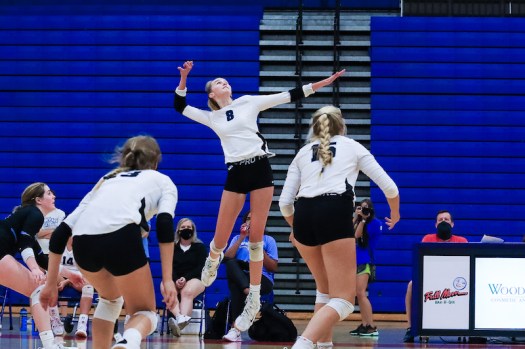 VESTAVIA HILLS – With wins against Mountain brook and Hewitt-Trussville in their last two matches, the Spain Park Jaguars were on a hot streak entering another battle against a top-10 team on Tuesday, Sept. 15.

Taking on No. 7 Vestavia Hills, the No. 3 Jaguars used the confidence of their sweep against Hewitt-Trussville and a thrilling 3-2 victory against 6A No. 2 Mountain Brook to continue a strong stretch of play with a 3-0 sweep of the Rebels.

The win not only marked three in a row for Spain Park, but improved their overall record to 12-2.

In the first set against Vestavia Hills, Spain Park jumped out to an early 3-0 lead, but a tight set ensued.

The Rebels hung tough throughout the set with both teams trading points, but just like it began, the Jaguars were able to close it out with a three-point lead to win the opening set 25-22.

Behind that impressive clutch play in the opening set, the Jags came out confident in the second set.

Feeling like they controlled the first set, Spain Park came out and built a 10-point lead in the second to take control early.

It seemed as if the Jags were on their way to an easy win, but the Rebels had some fight left trying to avoid a 2-0 deficit.

They came back and trimmed the deficit down to three points late in the matchup, but up 24-21, Spain Park closed out set point for a 25-21 victory to take a 2-0 lead in the match.

But in the comeback attempt, the Rebels found a good rhythm and used that to their advantage in the third set looking to keep the match going.

Vestavia jumped out to a lead early in the set and seemingly had control unlike the previous two sets.

But the Jags found their groove again and went on a run to take a seven-point lead. The Rebels put together one final run to chip away at the Spain Park lead slightly, but the Jaguars were too much down the stretch, pulling away for a 25-19 win to complete the 3-0 sweep.

Spain Park has now beaten all three opponents in its area, taking down Gadsden City, Hewitt-Trussville and Vestavia Hills, which makes the Jags a serious threat for a strong postseason run this year.

A big reason why is continued success from Audrey Rothman, Katelyn Walsh, Lilly Johnson and others each night.