Oak Mountain takes down No. 3 Spain Park in tight match 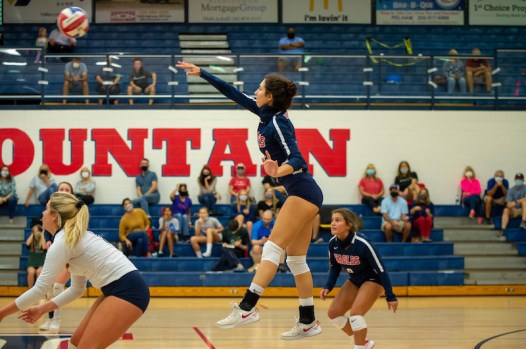 The Oak Mountain Eagles overcame some early struggles to take down No. 3 Spain Park 3-1 on Thursday, Sept. 17. (For the Reporter/Larry Dancy) 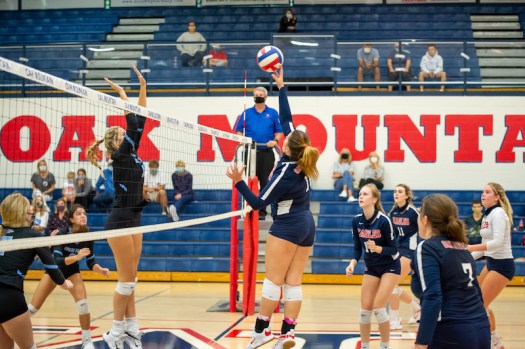 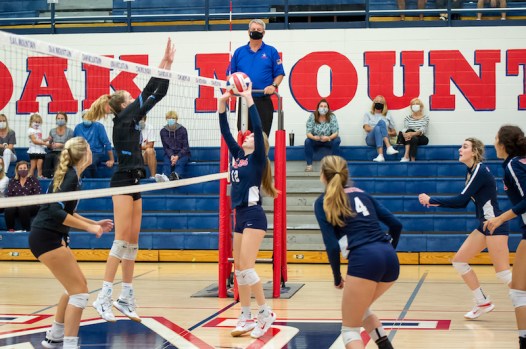 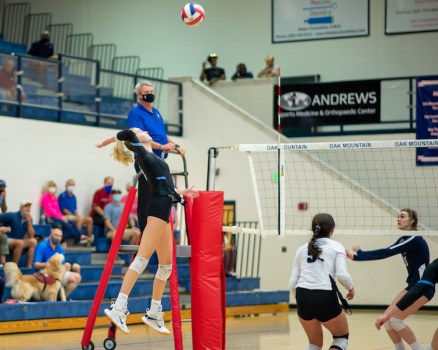 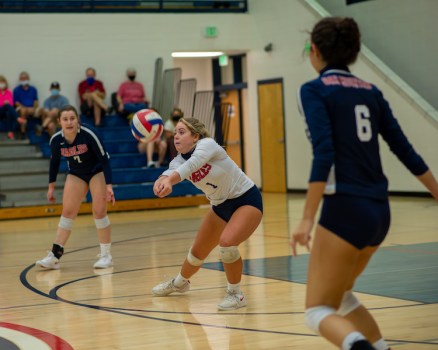 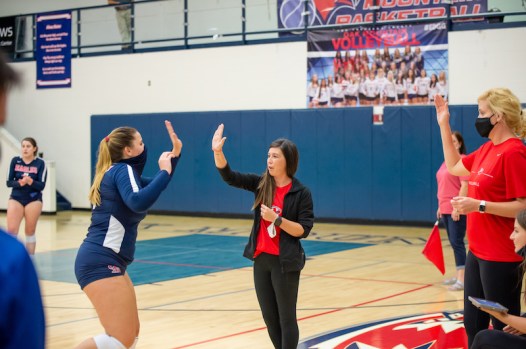 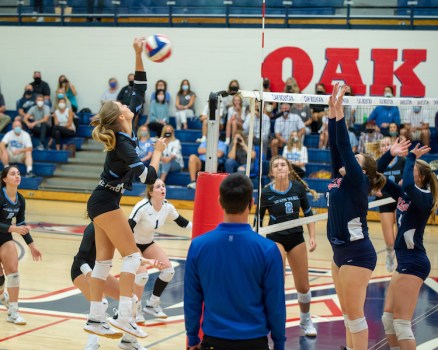 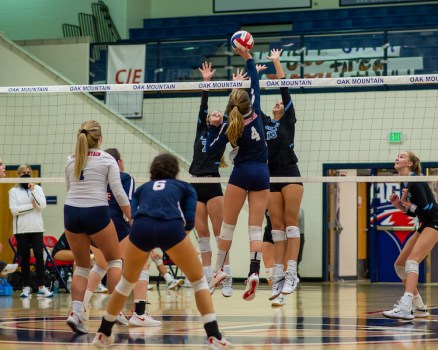 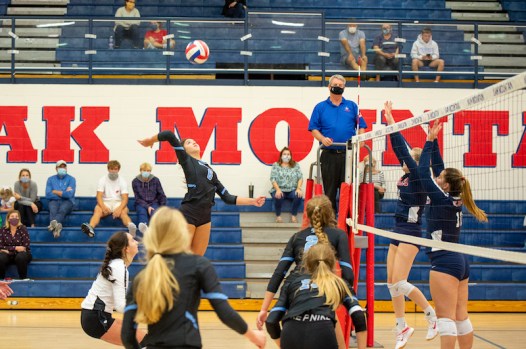 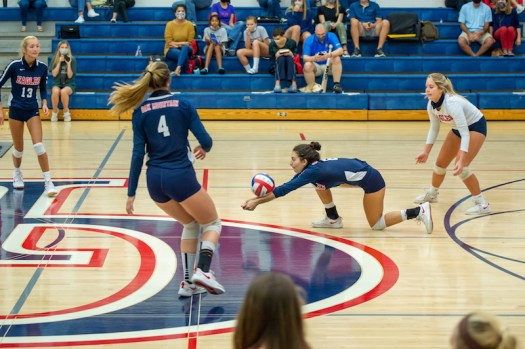 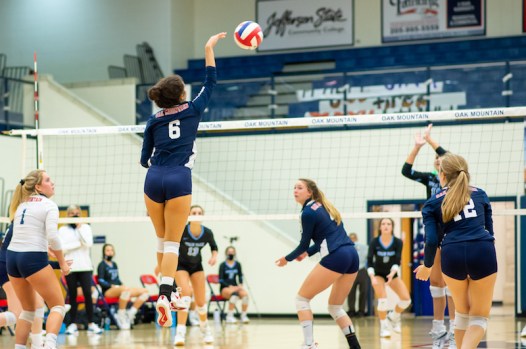 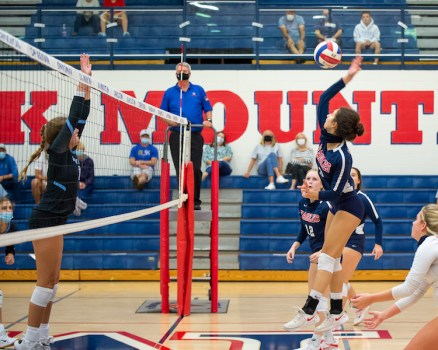 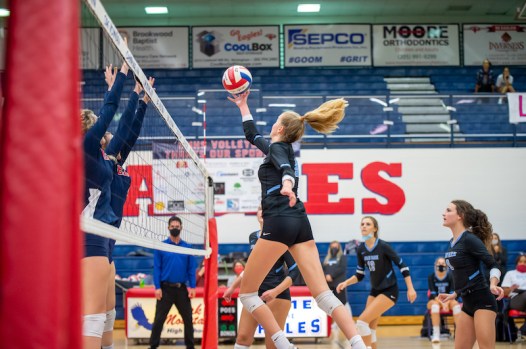 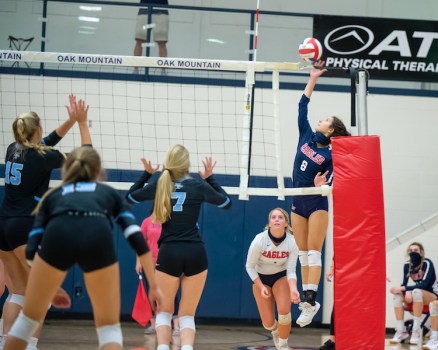 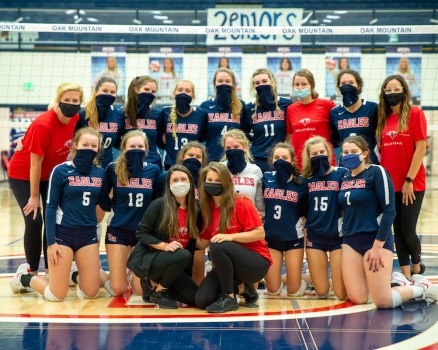 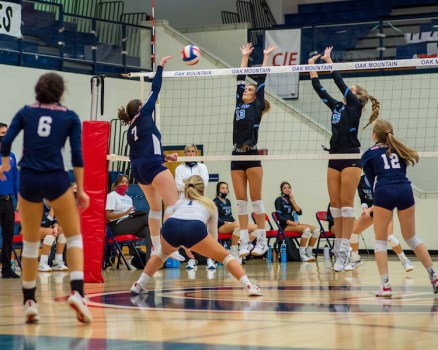 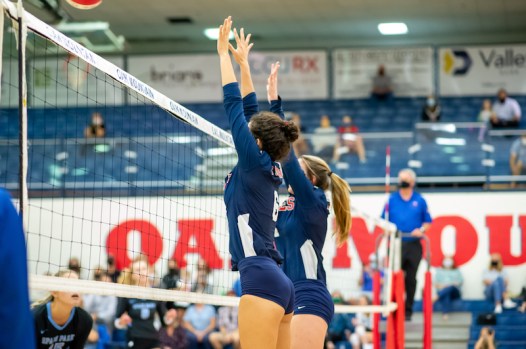 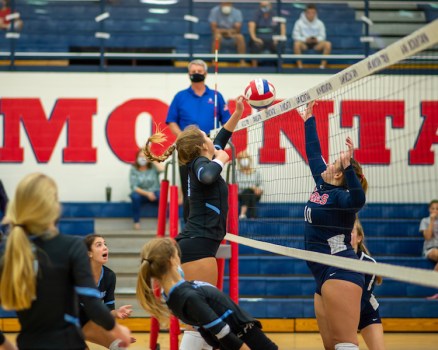 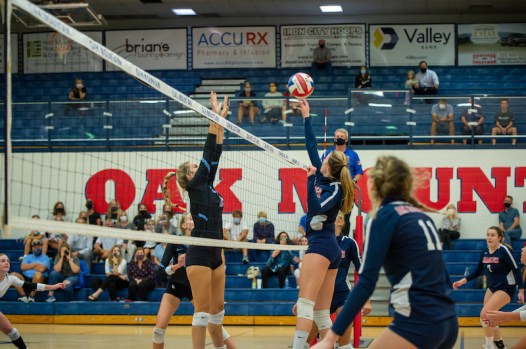 NORTH SHELBY – Following a slow start in the opening set and a 25-15 first-set loss, the Oak Mountain Eagles flipped a switch in a top-10 battle with the Spain Park Jaguars on Thursday, Sept. 17.

For Oak Mountain, it marks a strong stretch of play where the Eagles of won eight of their last nine matches with that lone loss coming to the Hoover Buccaneers, who have lost just once this year.

The Eagles also took down a hot Spain Park team that had won three matches in a row against elite talent.

In that opening first set, however, the Jags looked like they were set to run away with the match.

Playing flawless volleyball, they jumped out to an 8-0 lead and then extended that to 11-1.

From there, the Eagles started to find a rhythm and at least gain some confidence and fought back the rest of the set. Despite losing it 25-15, you could see a shift in their confidence.

And from there, they soared the rest of the way.

The second set was more tightly contested than the first, but Oak Mountain led early and throughout. The Eagles jumped out to an 11-5 advantage early on and led by four to six points during the set, before closing out a 25-18 second-set victory to make even the match at 1-1.

But now the Jags were determined to not let Oak Mountain take all of the match’s momentum.

Spain Park came back in the third set and looked much more like the team that was competing early in the match.

With the Eagles’ growing sense of confidence, that led to a thrilling set between the two ranked teams.

The two teams battled back and forth to eventually find themselves tied at 15-15.

But yet again, the Jaguars came ready to fight early in the fourth set, which led to the most compelling set of the night.

Neither team could gain advantage in the set with close to a one point difference throughout.

Oak Mountain took advantage and went on a 5-1 run to take a 21-16 lead. At that point, the deficit became too much for the Jags despite even play the rest of the set.