PJ Vining laughs often and causes those around her to laugh just as much. Born in Gadsden in 2019, she moved to Clanton after purchasing a new home. The 67-year-old is a flower garden enthusiast and invests much of her time pruning her flower garden and working in her yard. She is the mother of one son and a daughter-in-law and the proud grandmother of four girls. PJ shares her home with her feline companion, Sweetie. 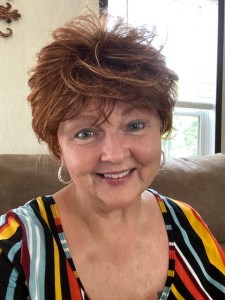 “She is a hot mess,” said PJ. The cat literally strayed into Vining’s life last July. “God sent her to me. I found her outside my door screaming,” she recalled.

She completed a six-month business school course in 1981 and computer training through University of Alabama continuing education in 1986. Her academic experience at UAB led her into an 18-year clerical career. Beginning as a dispatcher in medical maintenance she transferred to the emergency room. Vining describes her experience there as an “adrenaline rush,” which she enjoyed the most. “I had the choice of helping, not just sitting and doing paperwork. I assisted the physicians and nurses. It was a great opportunity to learn,” she added.

From 1999 to 2019, PJ was the resident manager of Homewood Church of Christ’s Hospital Apartment Ministry. Operated completely by volunteers, the program provides housing for in and outpatient, who reside in the completely furnished units for up to three months. Vining received no monetary compensation for her role as resident manager; however, she was provided with her own apartment.

“I’ve always liked helping people,” she said. The position allowed her to interact with people from many different backgrounds and situations. Overseeing apartment operations and maintenance issues, PJ also used her social work skills to help the “Hundreds and hundreds of families (who) came through the program.”

Vining’s volunteer work included the “Feed Under the Bridge” food distribution effort which served a hot meal and snacks, bottled water, etc. to homeless individuals to take home. An estimated 100 individuals convened at the Birmingham-Jefferson Convention Complex located at the bridge under the Interstate.