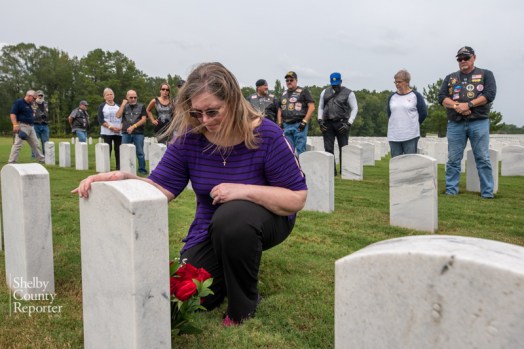 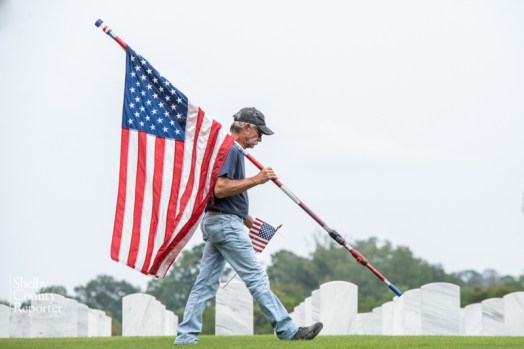 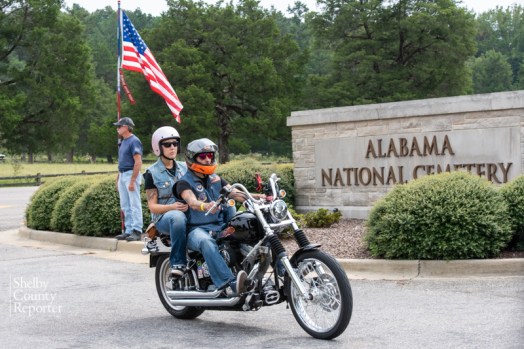 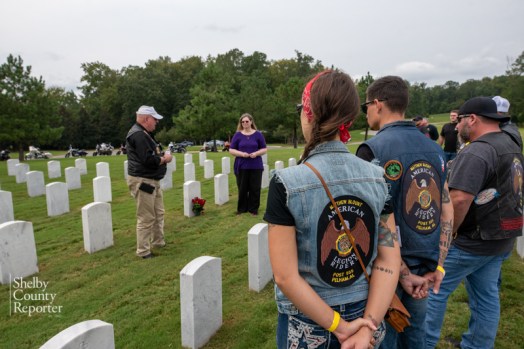 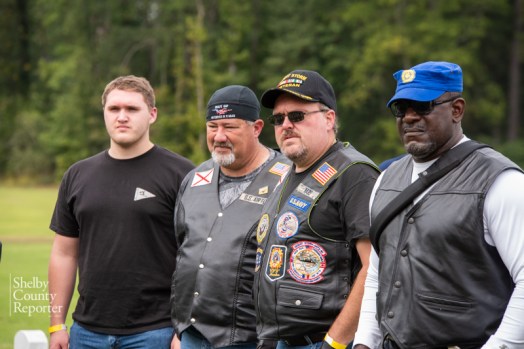 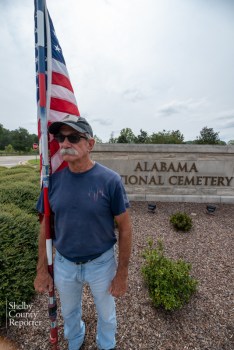 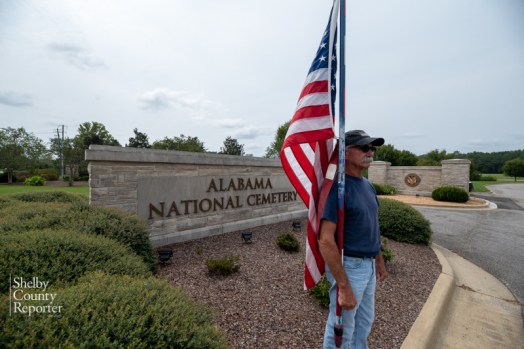 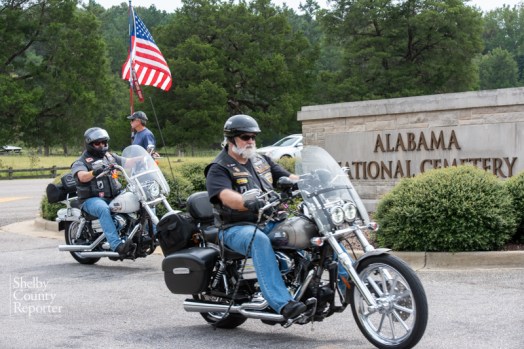 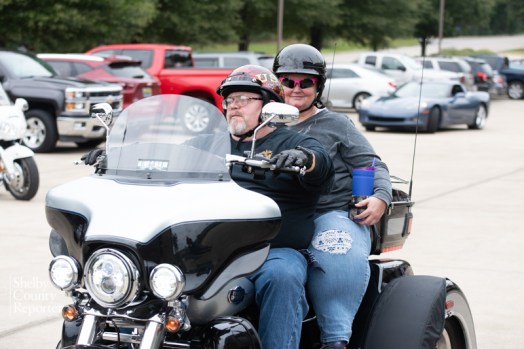 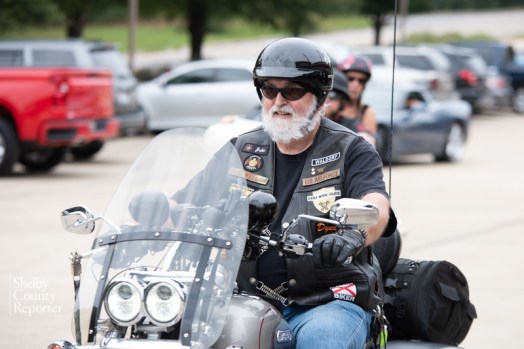 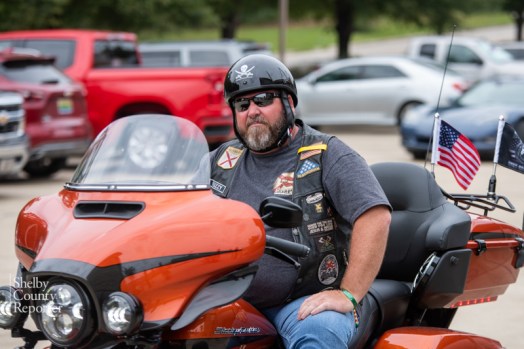 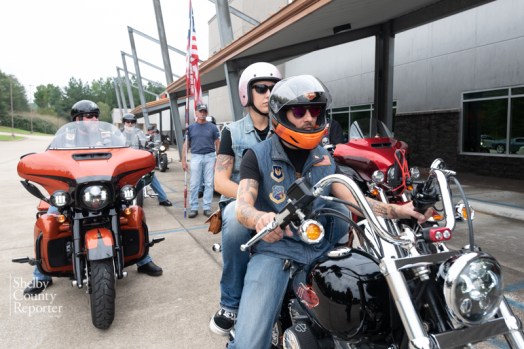 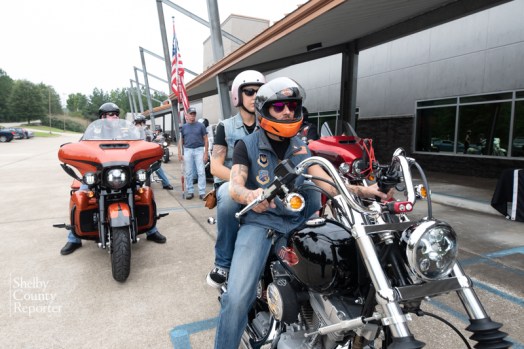 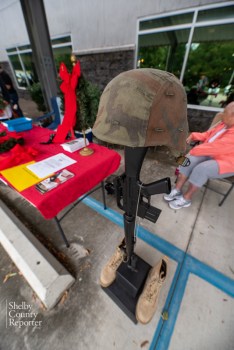 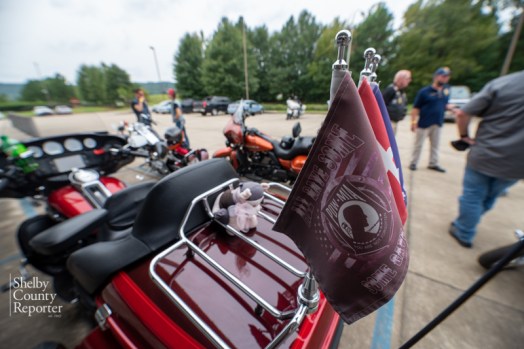 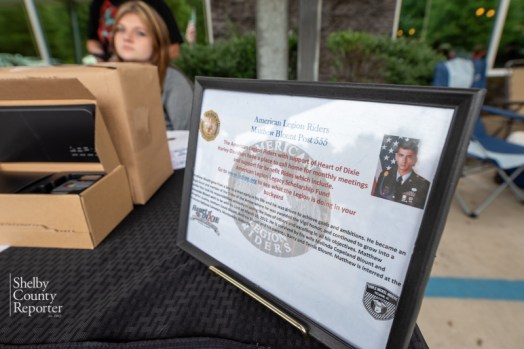 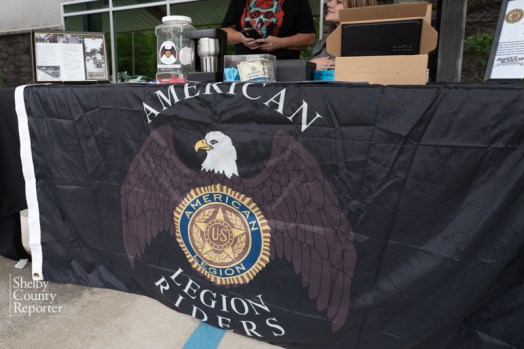 PELHAM – Several motorcycles and other vehicles buzzed through the streets of Pelham on Saturday, Sept. 19, riding in the Matthew Blount American Legion Post 555 annual memorial ride to raise money for Wreaths Across America.

The event happens every year on the Saturday nearest to the post’s namesake, Matthew Blount’s birthday. Blount served in the military as a medic before passing away due to complications from a rare form of cancer.

According to post commander Barry Blount, Matthew Blount’s father, this annual ride is a show of respect not only to his son, but to all who have served. The money will go to Wreath’s Across America which honors veterans who are interred at the National Cemetery by placing wreaths on their graves.

“We do it out of respect for the guys who gave their lives,” Blount explained. “It’s one of the largest events that they have their at the national cemetery. If we can continue to put a wreath on every grave it’s so fulfilling to watch those people have a moment with their loved ones.”

Those who participated met up around noon on Saturday at the Heart of Dixie Harley Davidson, that hosted the event. Blount said a lot of of the riders were actually on Harley Davidson motorcycles, and he jokingly described himself as a Honda rider.

The caravan ended up leaving around 1 p.m. after all registration was completed and they made their first stop at the Alabama National Cemetery for a short program.

For Blount, the cemetery has a special significance as his son is interred there, and he wanted to honor the incredible achievements his son made. This was also the case for many of the families that participated in the ride as well.

“Our first stop was at the national cemetery, and we do a placement of the flowers at Matt’s grave. Both my mom his mother did that and we say thank you to him,” Blount explained. “For being who he was he was always taking care of not only American soldiers, but the enemy. His purpose was to save lives not take lives.”

After leaving the cemetery the riders eventually made their way to Beef O’Brady’s in Helena, where everyone joined together in fellowship to remember their lost loved ones, and to show respect for all who are serving and had served in the military.

At the center of all of the celebration and remembrance there was a primary theme of respect.

“We do it out of respect for the guys who gave their lives,” Blount explained. “They gave a portion of their life for the country. And it’s respect that we do each year for those veterans down there and their families.”

Blount said that when he started the post the main reason was to carry on what he said was Matthew’s mission statement in life: “taking care of business.”