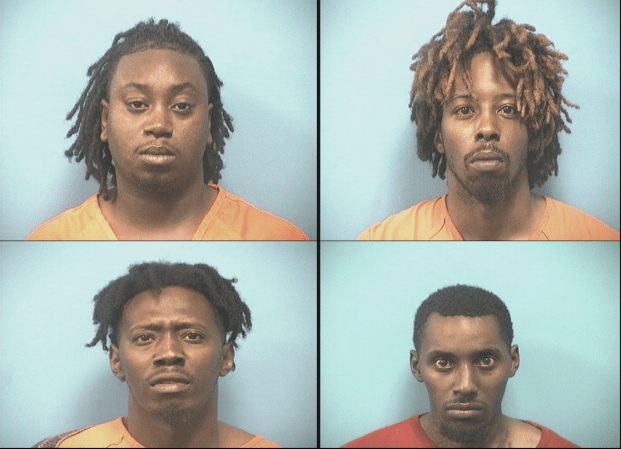 The four suspects in a deadly Alabaster shooting have now been charged with murder. (File)

ALABASTER – Charges have been upgraded for four suspects arrested in the deadly shooting of a man in Alabaster that also injured a woman.

Each is now being charged with reckless murder and intentional murder. All four were already being held on bonds totaling $300,000, but each additional charge brings a new bond of $150,000, for a total of $300,000 in new bonds.

“These new charges are the culmination of the investigation into the shooting that took place on Sept. 20 in the 400 block of Old Highway 31 that resulted in the serious injury of a young woman and the death of a young father.” said Alabaster Police Chief Curtis Rigney. “Our detectives have worked diligently on this case to bring justice to the victims and their families.”

According to Rigney, the incident happened at a party in Alabaster at about 1:30 a.m. on Old Highway 31 near 10th Avenue S.E. That’s when multiple shots were fired, leaving one woman and a male shot several times when police arrived.

Church of the Highlands buys Greg’s Golf for Alabaster campus

By ALEC ETHEREDGE | Managing Editor ALABASTER – Church of the Highlands recently purchased a large portion of land in... read more