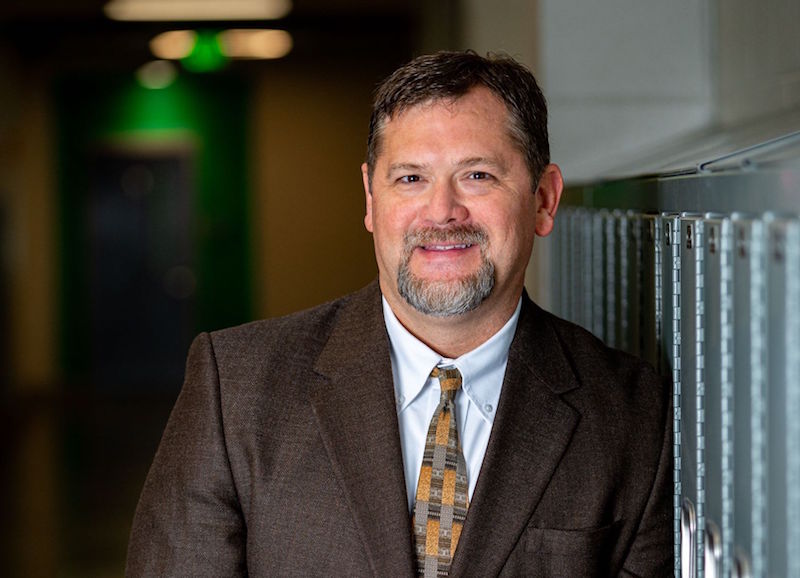 Kevin Finch has been named the new principal at Pelham Park Middle School after serving as interim and previously as assistant principal for the school. (Contributed)

Kevin Finch was named the new principal of the school after serving in the interim role recently and as the assistant principal for the last several years.

PCS Superintendent Dr. Scott Coefield announced his suggested hires near the beginning of the meeting and was met with a unanimous vote from the board members in favor of each.

Finch will take over for former principal Justin Hefner, who is now the Homewood Superintendent. He will assume the position immediately.

“He is jumping right in to lead a school right in the middle of the pandemic and it’s a time for leadership, that is for sure,” Coefield said. “We have many challenges that we are facing, but I am proud to make the recommendation for Mr. Finch to lead Pelham Park Middle School.”

Finch’s career in education spans 23 years, spending time as a teacher, coach and assistant principal. He has also been a member of the Pelham City School system since its inception in 2000, starting at Valley Intermediate School before moving to Riverchase Middle School and Pelham Park Middle School the past six years.

He most recently served as the acting principal and assistant principal at PPMS, where he has now taken over as principal full time.

“Kevin has been a tireless employee for Pelham City Schools since the inception,” Coefield said. “He’s done a remarkable job. He has a really good relationship with all of our stakeholders, parents and students and everyone really. We want to welcome them aboard.”

“It is an honor to be named as the principal,” Finch said. “I’m blessed to continue my career in Pelham and work with an amazing team that is focused on helping all of our students be successful.”

Finch said he is a servant leader who is driven to help others and be a positive influence in the lives of his students.

Finch received his bachelor’s degree in physical education and his Master of instructional leadership degree from the University of Alabama at Birmingham.

He also contributes to the live radio broadcast of the Pelham Panthers’ football games as a color commentator on Friday nights.