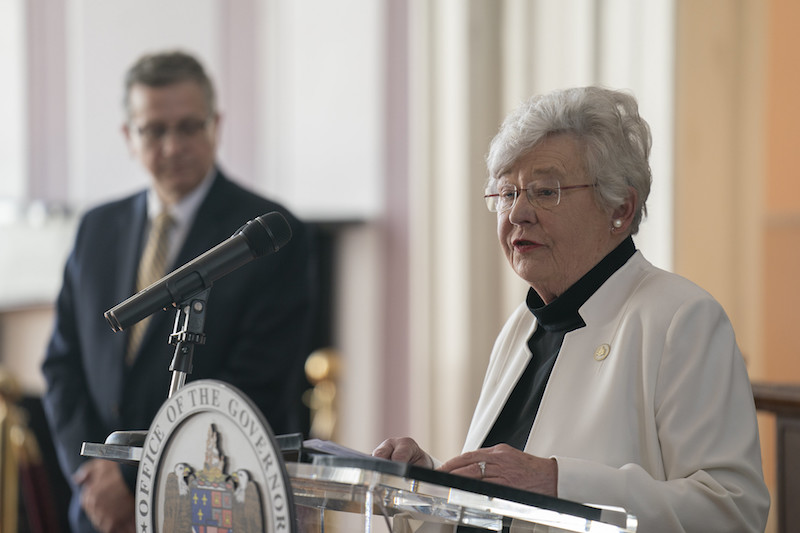 Alabama Gov. Kay Ivey has extended the state's safer-at-home and mask orders until Nov. 8 to help prevent the spread of COVID-19. (Contributed/Governor's Office)

MONTGOMERY – While some states are easing mask mandates around the country, Alabama will continue to require them for the next five weeks.

Speaking in front of the media on Wednesday, Sept. 30, Alabama Gov. Kay Ivey extended the state’s mask and safer-at-home orders until Sunday, Nov. 8, with the hope of continuing to diminish the spread of COVID-19 and keep polls safe for voting during the General Election on Nov. 3.

“The reason we are extending this order is because it is important for us to have a safe environment for our poll workers, poll watchers and those of us who would like to vote in person,” Ivey said. “Remember, voting in a free and open election is what separates us from many other countries. I want everyone to vote and do it safely.”

She also acknowledged that the order is working and that was key in extending it as well.

The current orders were set to expire Friday, Oct. 2 at 5 p.m., but will now run into November.

The announcement came with the current number of COVID-19 numbers since the virus outbreak began on March 13 at 154,701 for the state. There have also been 2,540 deaths in that timespan as well.

“The good news is, during the last few weeks, Alabama has made significant progress,” Ivey said. “Thankfully we did not have a surge in COVID-19 as was predicted after the Labor Day weekend. But folks, this is not a coincidence.”

In Shelby County the last two weeks there have been 5,349 new tests administered with 743 new cases as of Wednesday, Sept.  30.

“To those who want to see the masks go away, I’m just asking you to continue to please, please be patient. Be patient a little while longer,” Ivey said. “I also believe we are close to being able to change the mandate back to personal responsibility.”