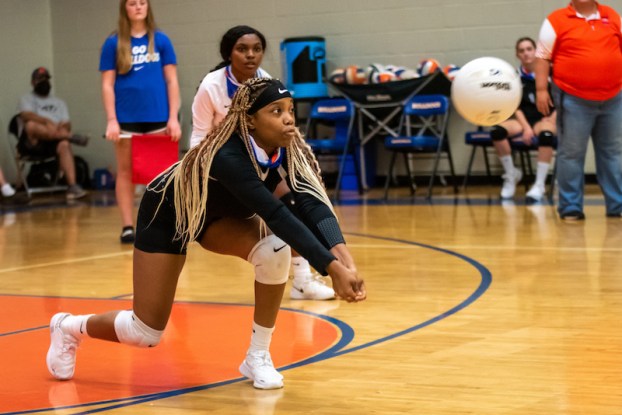 The Montevallo Bulldogs beat Bibb County for the second time this season on Tuesday, Sept. 29, to improve to 5-0 in area play. (File)

CENTREVILLE – The Montevallo Bulldogs have been rolling through area play and continued their strong play on Tuesday, Sept. 29 with another area victory.

Taking on Bibb County for the second time this season, the Bulldogs were looking to build off a 3-0 sweep less than two weeks earlier against the Choctaw.

Montevallo dropped only one set in the match and followed that with two dominant sets in a row to close out a 3-1 victory and improve to 5-0 in area play.

The Bulldogs started the match with a tight victory in the opening set, taking a late 24-23 lead and closing out a 25-23 victory, which ultimately made a big difference later in the match.

Pulling off a win in that opening set became important after the second set because Bibb County was able to pick up what became its only set victory against Montevallo.

The Choctaws were able to create some separation late in the set and eventually pulled away for a 25-19 win to even the match at 1-1.

But that win in the first set kept the Bulldogs from falling behind 2-0.

And through those first two sets, it almost felt as if the Bulldogs were feeling out their opponent after some adjustments were made between the first match a couple weeks earlier.

Then, in the third set, Montevallo was able to find its rhythm after making adjustments of its own and finding more consistency.

That allowed Montevallo to settle in and play more confident in the fourth set.

Bibb County put together a strong effort and gave a late push, but eventually, the Bulldogs clamped down and closed out the match by taking the fourth set 25-21 to complete the 3-1 victory.

Montevallo has now dropped just two sets in area play and lost both by six points or less. The Bulldogs have one match left against West Blocton on Sept. 8 that would determine whether or not the Bulldogs finish area play undefeated or not, while they’ve already locked up hosting rights for the area tournament.

By ALEC ETHEREDGE | Managing Editor  HOOVER – In the midst of a difficult stretch of their schedule, the Spain... read more