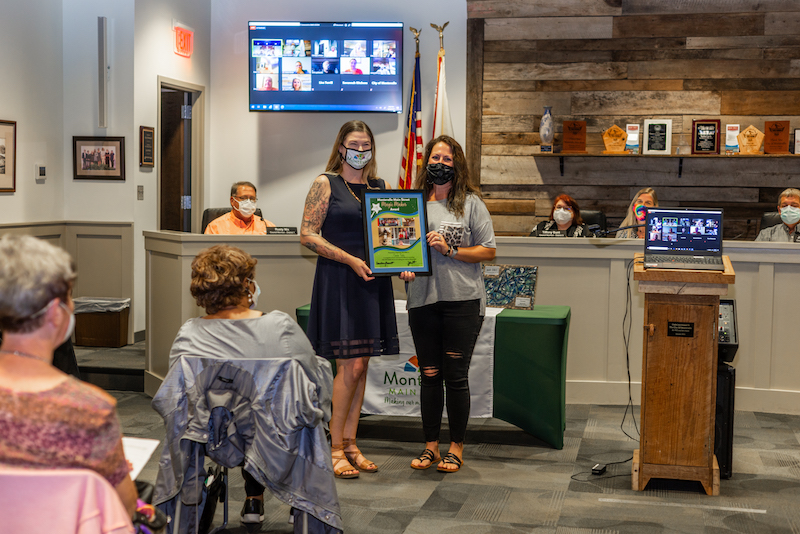 Wirth said between 200-250 submissions come in from various cities for the Main Street Alabama Awards of Excellence each year.

“The maximum we give out is 50, and you guys have been blessed with three,” Wirth said. “We continue to point to Montevallo in our other communities for the good work and groundbreaking work you do here.” 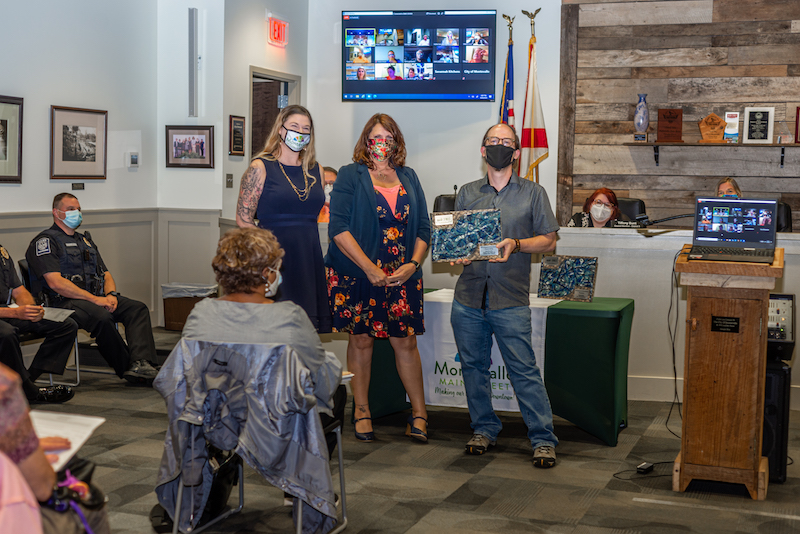 The Excellence in Placemaking Award recognizes outstanding local efforts within the Main Street District with the intention of creating public spaces that promote people’s health, happiness and well-being, according to a press release.

The Excellence in Placemaking Award was given to Collin Williams, a local artist and University of Montevallo art professor, for his work as project coordinator for the “Make Your Mark on Montevallo” mural.

“Yours was by far the best example of a placemaking mural that took the entire building and really is a statement for your city,” Wirth said of the mural, which is located on the side of a historic building on the corner of Main and North Boundary streets that currently houses the University of Montevallo Bookstore.

The mural was a collaborative project involving several local professional and student artists and community members. It was funded by the University of Alabama Center for Economic Development. 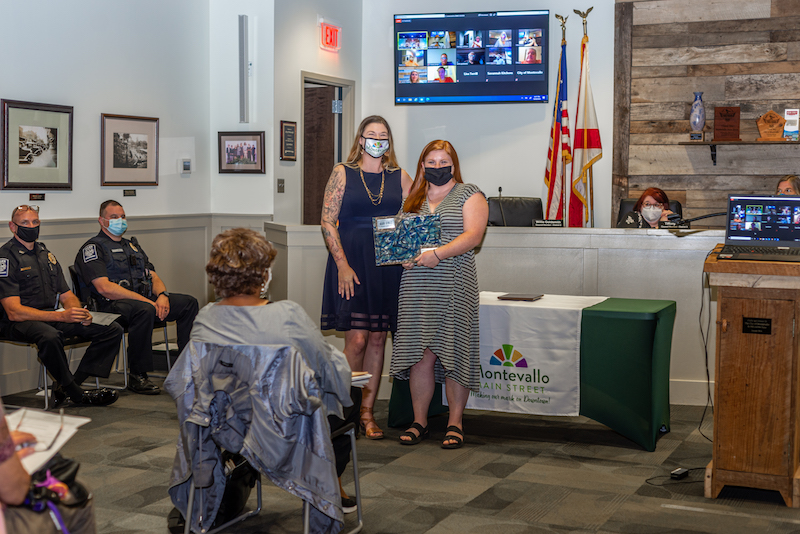 Montevallo Main Street Executive Director Courtney Bennett, left, presents the Excellence in Promotion Award to the Just Show Up Show, accepted by Executive Assistant to the Mayor Maggie Benson on behalf of the city of Montevallo. (Contributed/Fotowerks Custom Photography)

The Excellence in Promotion Award recognizes an outstanding special event or activity that promotes the Main Street District by creating a quality, authentic event that generates traffic for the district.

The Excellence in Promotion Award was given to the Just Show Up Show and accepted by Executive Assistant to the Mayor and Marketing Coordinator Maggie Benson on behalf of the city.

The event drew more than 5,000 people to Orr Park on Aug. 1, 2019, and was made possible through a partnership among iHeartMedia, 103.7 the Q, the city of Montevallo, the University of Montevallo and event sponsor Dr. Bobby Shunnarah of Montevallo Family Dentistry.

Promotions for the Just Show Up Show reached more than 1.2 million people. 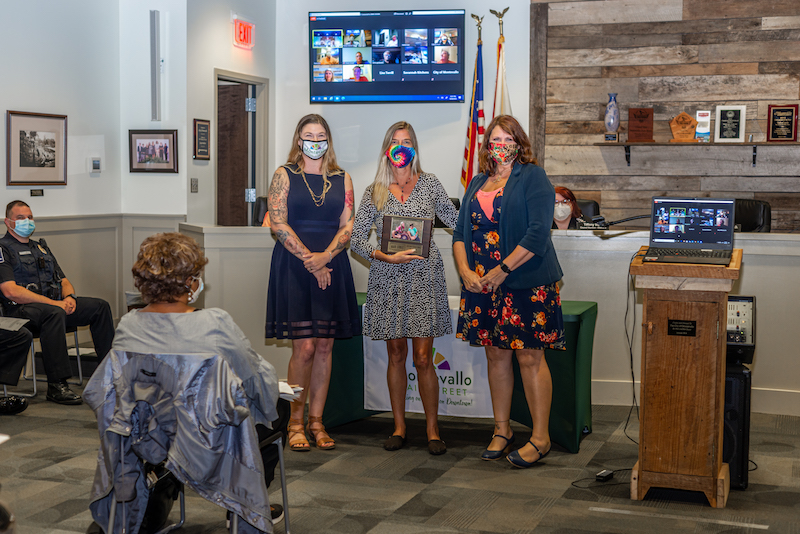 The Main Street Hero Award is presented to a community leader, public figure or organization that has made an outstanding contribution to the local Main Street program in the last year.

The Main Street Hero Award was given to outgoing mayor Dr. Hollie Cost for her support of revitalization efforts in downtown Montevallo throughout her two terms as mayor.

“Partnerships are what it’s all about,” Cost said. “It’s really important that we stay together and bond and continue doing great things.”

“We just really appreciate all of her hard work and dedication, not only as one of our Main Street board members and volunteers, but also as a downtown property and business owner and the huge impact she’s made on our community,” Bennett said.

Wirth said Main Street Alabama has organized a COVID-19 response team in Jasper and Heflin, two cities with Designated Programs, and has received funding to form another team in Shelby County.

“It’s an honor to recognize outstanding community projects, leaders and volunteers,” said Wirth wrote in the release. “The awards represent the good work being done in Main Street Alabama communities, including those that were initiated after the pandemic, sparking creative ways to promote and help struggling businesses.”