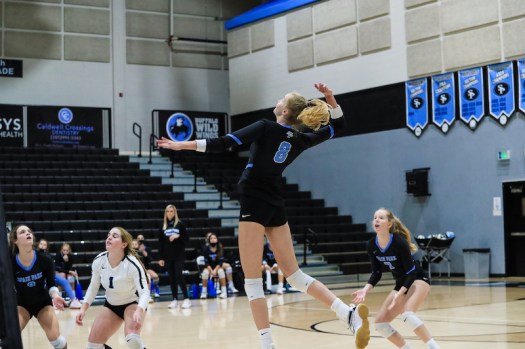 The Spain Park Jaguars picked up a dominant win against Hewitt-Trussville on Tuesday, Sept. 29, winning each set by at least 14 points. (For the Reporter/Dawn Harrison) 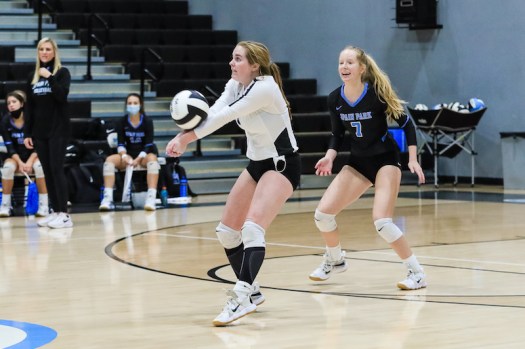 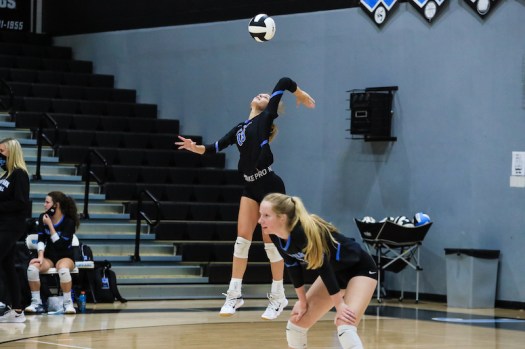 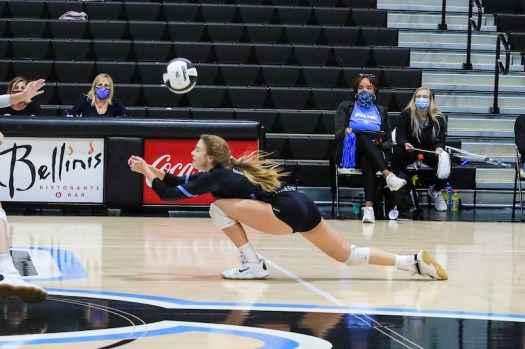 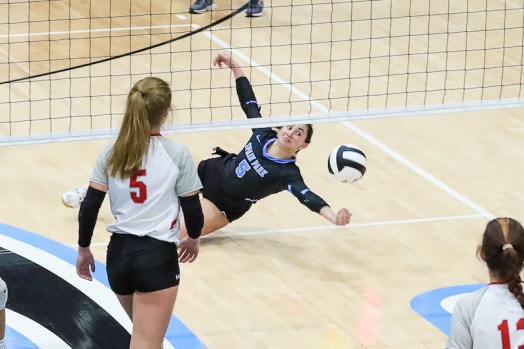 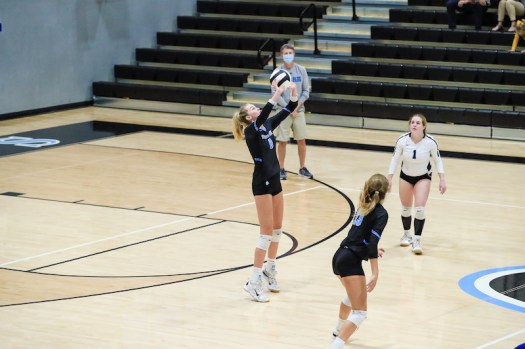 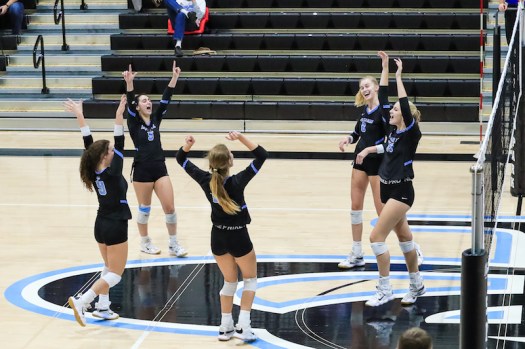 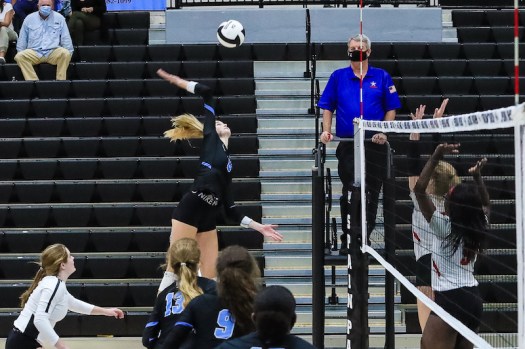 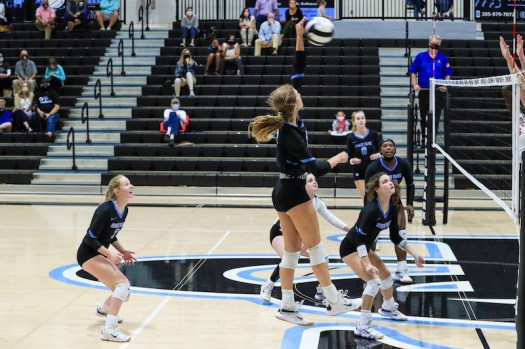 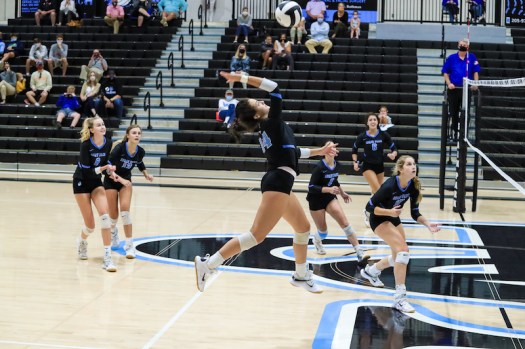 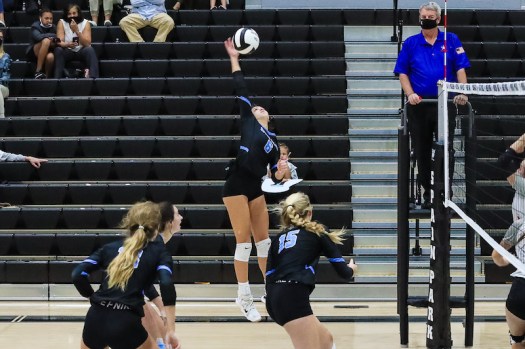 HOOVER – In the midst of a difficult stretch of their schedule, the Spain Park volleyball team has hit some inconsistent play recently, but on Tuesday, Sept. 29, the Jaguars looked like the top 10 team they have been throughout the 2020 season.

Looking to end the regular season on a high not entering the playoffs in a couple of weeks, Spain Park put together one of its best efforts of the season to pick up a straight set victory against the Huskies.

More impressive, the Jags won each set by at least 14 points to dominate throughout.

It started in the opening set when the Jaguars jumped out to an 8-0 lead, which set the tone for the evening. They continued to pull away, eventually taking a 14-2 lead.

Throughout the first set, Hewitt struggled to find any success on serve, while the Jags rolled along. Spain Park only gave up three more points the rest of the way and picked up an opening-set 25-5 victory.

With that confidence, the Jaguars continued to dominate in the second set. Hewitt scored earlier in the set, but fell behind 2-1 right away and never was closer than that again. Spain Park jumped out to another strong lead at 9-2.

From there the two teams traded points for a few points, then the Jags pulled away yet again. After taking a 13-5 lead, Spain Park outscored the Huskies 12-4 the rest of the way to pick up a 25-9 win in the second set.

A big reason for the success was Spain Park’s ability to cover the court well and the impressive play at the net. The Jags blocked several kill attempts that ultimately ended in points in their favor.

In the final set, Hewitt-Trussville jumped out to one of its only leads of the night at 1-0, but the Jags went right back to work after that.

The Huskies kept it at two points through 6-4, but Spain Park outscored Hewitt 10-3 shortly after to extend the lead to 16-7.

The Jags never led by less than 10 the rest of the way, eventually pulling away for a 25-11 victory to complete the dominant 3-0 sweep.

Spain Park completed the season sweep of the Huskies in the win and gained some confidence heading down the stretch of the regular season.