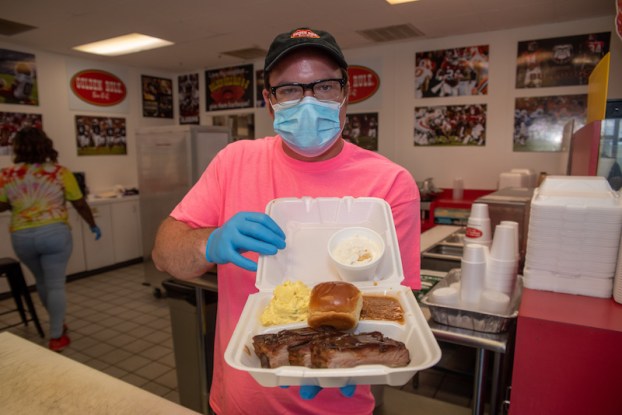 Due to COVID-19 hurting the location after opening in October of 2019, the Golden Rule BBQ location in Alabaster officially closed its doors for good on Wednesday, Sept. 30. (File)

ALABASTER — Less than a year after opening its doors, the Alabaster location of Golden Rule BBQ closed its doors for business on Wednesday, Sept. 30.

Owner Paul Curcio said that while the restaurant was warmly received by the residents of Alabaster, the timing of the COVID-19 pandemic caused the business to suffer financially and could not justify continuing.

“When we opened it up last October, we had a good start and a lot of good feedback,” Curcio explained. “When winter time came, we had a dip in sales and then we started climbing around the first of the year.

“However, when the shutdown came we tried to stay open, but our sales bottomed out. They were 30 percent less than normal, so we had to shut down temporarily.”

Golden Rule reopened back in July following the shutdown, but despite support from the community, the store was unable to recoup the business, which led Curcio and staff to the decision of closing the restaurant.

As the third location of the chain, Curcio said he wanted it to succeed and even tried to adapt his business for the pandemic economy.

“We tried to do everything like curbside, pickup and Doordash, but unfortunately we were not able to recover to the point that we needed to,” he explained.

“We are forever thankful for the time we had to serve Alabaster residents,” Curcio said.