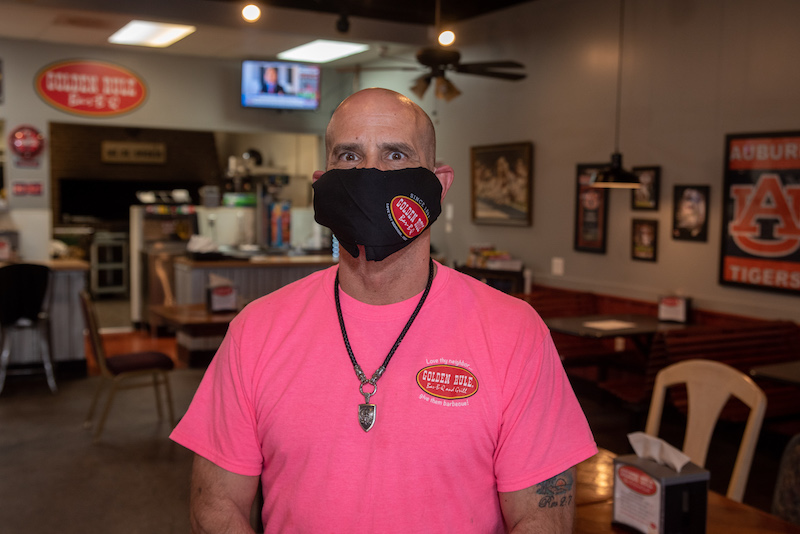 PELHAM — By the end of this year Pelham residents will be able to enjoy steaks, seafood, beer, wine and more as Michael’s Steakhouse is set to open in the city.

Paul Curcio, owner of Golden Rule BBQ, said that he intends to open the steakhouse in the building next to Golden Rule, and will adjoin the two as one location.

“I leased the old subway location next to my Pelham store and we are currently in the process of converting that into a steakhouse,” Curcio said. “I already have builders in there, we have already got building permits and we have actually started the remodel. I even have tentative menus planned.”

The restaurant franchise is under the same umbrella company as Golden Rule BBQ making for an easy opening for the new business. Curcio said that with the success he has seen at the Pelham location, he wanted to open this as a combination restaurant, with two companies under the same operation.

“We will have some seafood, steaks of course, salads, appetizers, homemade desserts and will have a small full-service bar with beer, wine and liquor,” Curcio said.

This restaurant will give residents an opportunity to sit down and enjoy food and drink without having to go out of town.

Michael’s will be located in the suite adjoining Golden Rule BBQ at 309 Huntley Parkway.