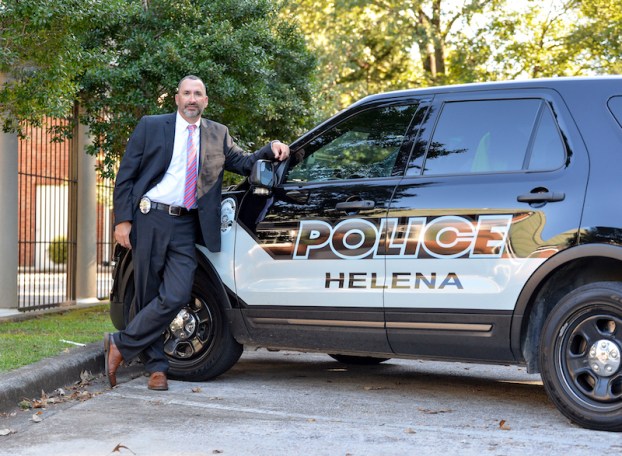 Helena Police Chief Pete Folmar announced recently that he will be retiring from his position on Nov. 1 after serving the city in his role since 2015. (For the Reporter/Jeremy Raines)

HELENA — After serving as Helena’s police chief for the past five years, Pete Folmar has announced that he will retire from his position on Nov. 1.

Folmar started his law enforcement career 26 years ago as he came up in the Anniston Police Department. He then went on to work for the Pelham Police Department for 19 years, before being offered the position he currently holds in 2015.

In Pelham, Folmar said he held several different job titles including police officer, crime scene investigator, patrol sergeant, detective sergeant, patrol lieutenant and commander of the investigations division, which he said was his most fulfilling role.

All of this experience made Folmar one of the most qualified people for the job when Helena needed a new police chief in 2015, making him an easy choice to take over the job.

“In 2015, Mayor (Mark) Hall gave me a chance to do my dream job and be the chief here in Helena,” Folmar said. “I have lived here since 2004. It has been a really great experience working with him and the city council to grow the police department on the same level that the city has grown.”

While serving as HPD Chief, Folmar said that with the support of his officers and city government, the department has seen incredible improvement from increasing the number of officers, to improving the technology that the department uses to better serve the community.

Throughout his career, Folmar said that some of the most rewarding moments came from helping those who were defenseless.

“So many cases over the course of 20 years you have the opportunity to seek justice for people who are true victims like children and elderly people,” he said. “That’s why you become an officer: to defend the defenseless and put away people who would prey on those people in our society.”

Above all, Folmar credits his success to the support of his family who always stood by him and did their best to be understanding when it came to the unpredictability of his job. He said it was the right time in his life to retire from his job, because the time has come to spend more time around his family.

“Thank you to my wife and our six kids for putting up with all of the added stresses and lost weekends and everything else that comes with being an officer,” Folmar said. “It is not the easiest life for them but they have handled it with grace and understanding.”

By NATHAN HOWELL | Special to the Reporter HELENA — The Helena Beautification Board and around 40 volunteers all came... read more