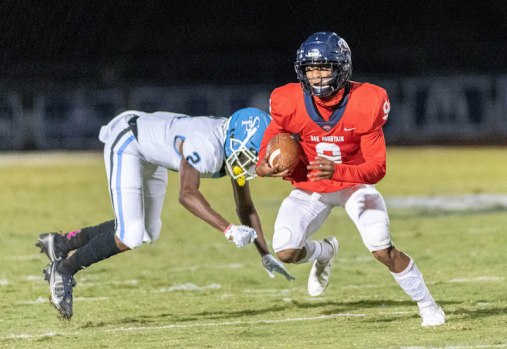 Oak Mountain will travel to Spain Park this Thursday for the Game of the Week. (File) 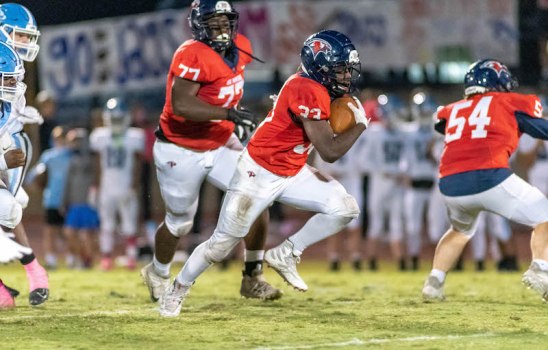 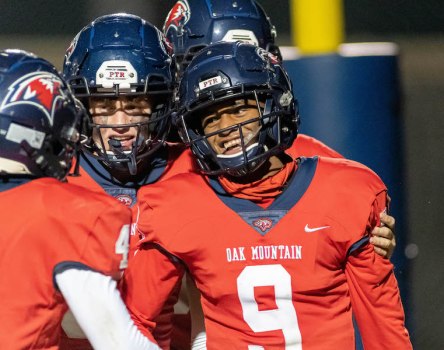 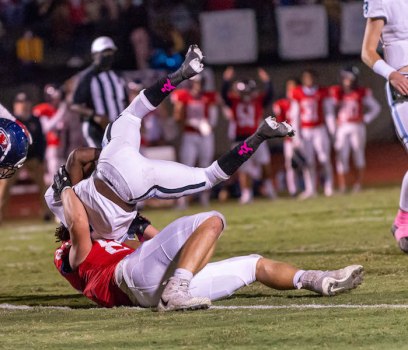 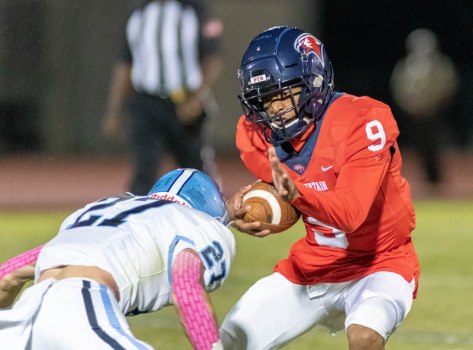 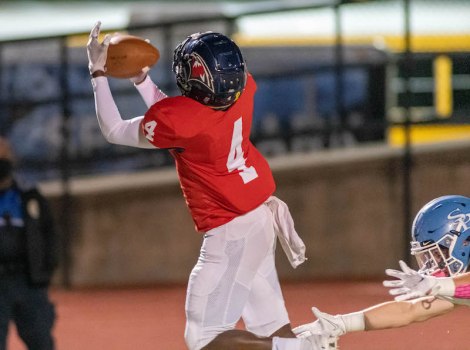 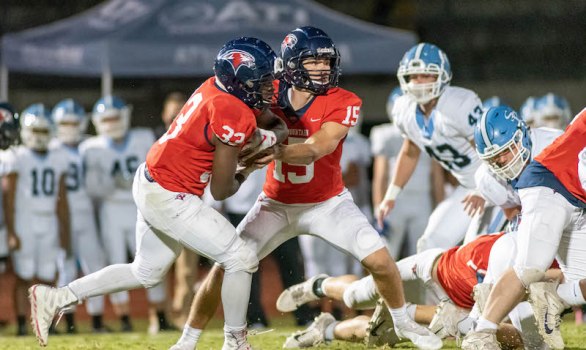 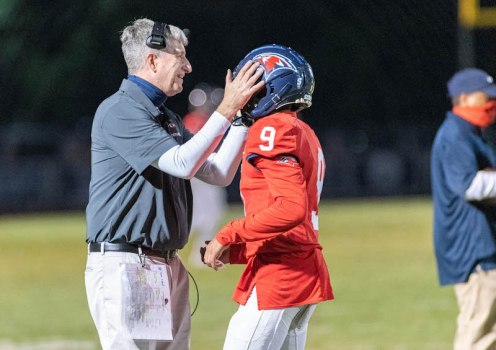 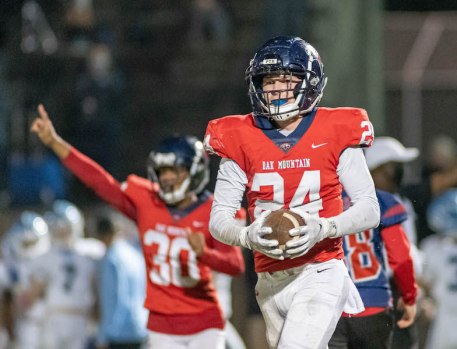 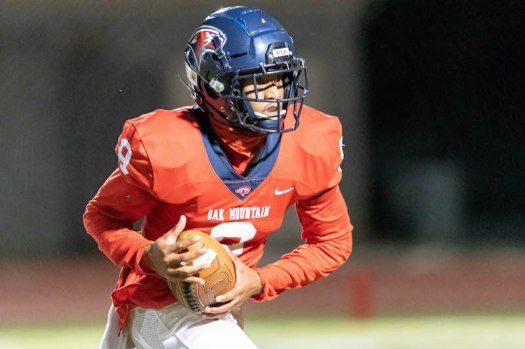 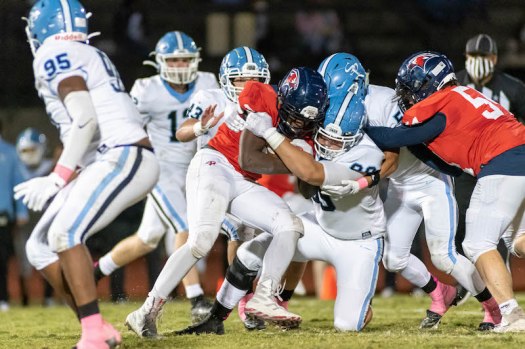 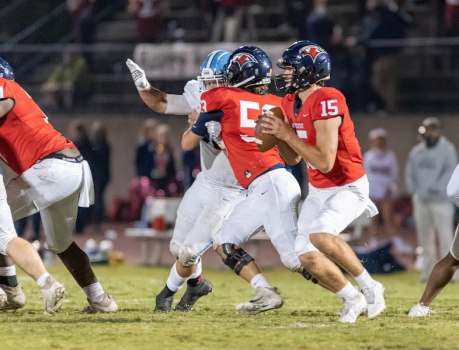 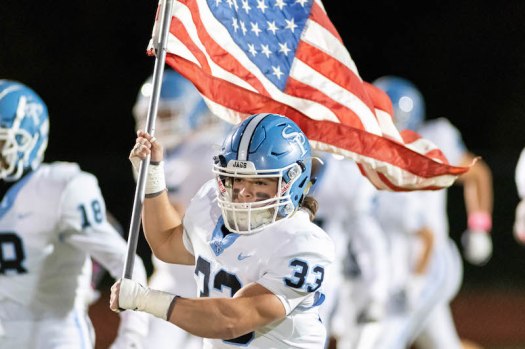 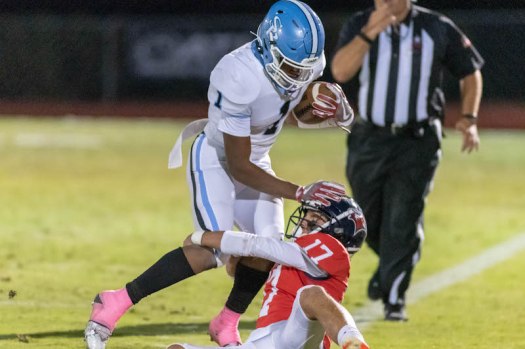 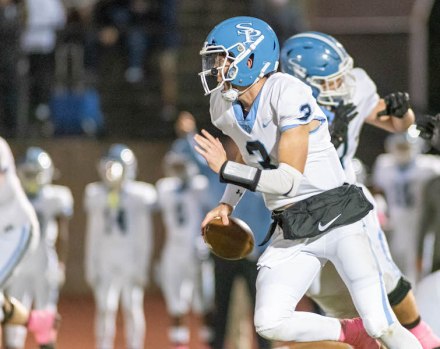 NORTH SHELBY – The Oak Mountain Eagles bounced back from a 42-7 loss to Hoover two weeks ago with their most dominant effort of the season in a 48-17 win against rival Spain Park thanks 346 rushing yards on Friday, Oct. 2.

With the win, Oak Mountain improved to 5-1 on the season for the first time since 2014 and is now 3-1 in region play.

“We didn’t answer the bell two weeks ago, and we really worked on that over the off week,” Bell Said. “We keep telling our guys, if we can play to our standard, we can be pretty good. I thought we did a great job up front and I’m really proud of them because they didn’t play great against Hoover.”

Oak Mountain flexed its muscle early in the game, with several powerful drives in the opening half.

In the first quarter, the Eagles scored touchdowns on both of their drives, while Spain Park took more time to get going.

On Oak Mountain’s opening drive, the Eagles ran the ball on all but one play and got at least 5 yards on every play of the drive before Judah Tait capped it off with a 3-yard touchdown run to put them on top 7-0 with 6:20 left in the quarter.

Then, on their second drive, the Eagles put together another strong attack. This time, however, Spain Park’s defense forced a fourth-and-6 from the Jags’ 29-yard line.

But quarterback Evan Smith was able to step to his right and release a perfectly thrown bomb to Cade George for a touchdown and 14-0 lead.

Spain Park started showing success on the ensuing drive, but failed to convert first-and-goal into a touchdown. Instead, Drake Tabor made it 14-3 with a 17-yard field goal to end the opening quarter.

It took Oak Mountain less than three minutes of the second quarter to make it a perfect 3-for-3 on touchdown drives. This time, the Eagles ran it eight straight times behind power runs from Smith and Tait before Mark Johnson carried a defender into the end zone for a 12-yard touchdown run.

Spain Park’s offense finally was seeing some consistency and followed up a successful field goal drive with a four-minute touchdown drive that ended with a beautifully thrown 17-yard touchdown from Bennett Meredith to Cooper Kelley, who just tapped his feet in bounds in the left side of the end zone.

But, on the ensuing drive, Oak Mountain came up with some trickery.

Titus Tucker entered the game at quarterback with Smith out wide at receiver. After several runs in a row, Tucker lofted a ball 42 yards for Smith, who caught it running into the end zone for another score and a 27-10 lead.

“The thing that Evan has, is he’s got a gear that makes it tough to cover him,” Bell said. “We knew Titus was going to play. That was the plan to get him in in the first half. We felt like he earned that. That was just one of our basic play actions, and the reality was, Evan was just the right guy to run that route for us. Titus, that’s the way he throws the ball all the time.”

Spain Park had another strong drive just before the half, but on fourth down from the Oak Mountain 12-yard line, a pass to David Moultry was ruled incomplete with his right foot coming just off the ground before hauling in the catch, leading to a 27-10 Eagles’ lead at the break.

That became a major turning point in the game after Oak Mountain came out and added to its lead quickly in the second half.

It started with Judah Tait busting up the middle for a 51-yard touchdown on the Eagles’ first drive of the half to make it 34-10. Then, on the ensuing kickoff, a muffed kick was recovered by Oak Mountain, and three plays later, Smith ran in a 10-yard touchdown to make it 41-10 with 7:50 to go in the third quarter.

What could have been a 10-point game to start the second half, quickly turned into a 31-point Oak Mountain lead, and one the Eagles didn’t relinquish en route to the 48-17 final.

Smith led the Eagles with a rushing, passing and receiving touchdown. He finished with 100 yards rushing, 68 yards passing and42 yards receiving.

Tait pounded away for 140 yards on the ground for a strong night as well, while Young finished with two catches for 46 yards and a touchdown.

Spain Park got 109 yards receiving from Cooper Kelley and 354 yards passing from Meredith. The Jags fell to 2-4 overall and 0-4 in region play.