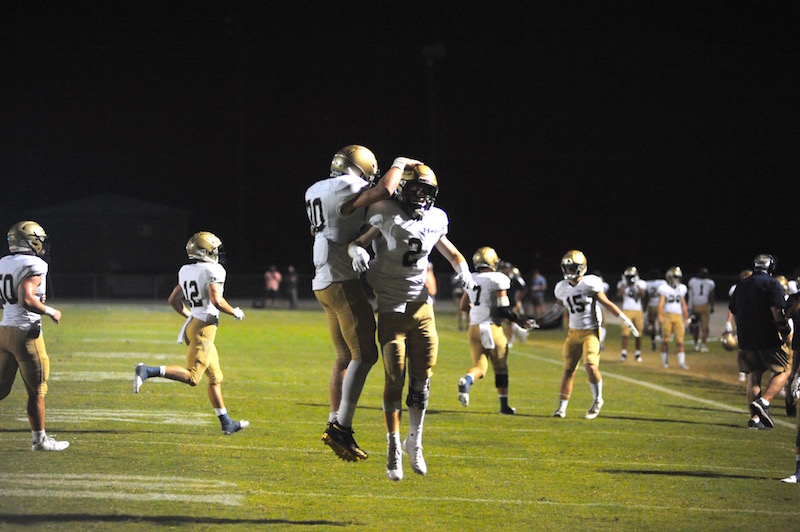 A year ago, Briarwood and Mountain Brook were separated by two classifications. The Lions resided in Class 5A and advanced to the semifinals, while the Spartans were in Class 7A where they finished the season 8-3 overall.

And now, on Friday night, they’ll meet in what is a key game in the battle for a region championship with Homewood being the other factor in the region. A win for the Lions with just one region game left following this matchup would mean they control their own destiny for a region title. Two wins in a row, and it’s theirs.

But that will be no easy task going up against the No. 3 team in the classification that spent much of the season at No. 1. Right now, Mountain Brook’s only blemish is a 31-0 loss to Class 7A No. 1 Thompson.

But the Spartans’ overall record is at 5-1 and they’ll enter this all-important matchup off a bye week.

But don’t expect this game to be a rout by either team.

Both enter playing some of the best defense of any in the state with the Spartans only giving up more than seven points against Thompson with one shutout on the schedule as well.

But Briarwood’s defense is just as strong. Against a schedule that has featured two 7A teams and five 6A teams, the Lions have flourished in their move up a classification this year with the defense not skipping a beat.

That side of the ball has given up 21 or less in every game except a 41-21 exhibition loss to James Clemens—a game that wasn’t even known about until a late scheduling change the Monday of game week.

While both have shown spurts of offensive success, neither has scored more than 28 points outside of a matchup with Woodlawn in which Briarwood put up 43 and Mountain Brook 51.

Both offenses look to be identical, but Briarwood has at least been showing the potential to spread the ball around.

The Lions still lean heavily on running back Luke Reebals and want to be a team that pounds the ball offensively and plays great defense with a physical approach to the game, but sophomore quarterback Christopher Vizzina is highly touted and shows growth each week, while receivers like Brooks Donnely and Eli Steadman are also improving.

Mountain Brook on the other hand seems to be truly one dimensional with a rushing attack and not much else. That could change depending on the health of several players going into this game, which could be better with a week off to get fresh and prepared.

But, in a defensive battle, this game has one-possession difference written all over it.

Briarwood has the potential to spread the ball around a little bit, but that will be a challenge against a solid defense, while the Lions may also be more conservative on that side knowing how close it will be.

Mountain Brook seems to be more of a run-heavy team, which means the Lions can hone in on the run game and with such a great defense, that doesn’t mean much production for the Spartans.

So what will make the difference?

I go back to the classification difference mentioned earlier. Two classifications in high school football is a major difference, and I know Briarwood has more depth than a lot of teams, but Mountain Brook should have the slightest of edges just because of that difference.