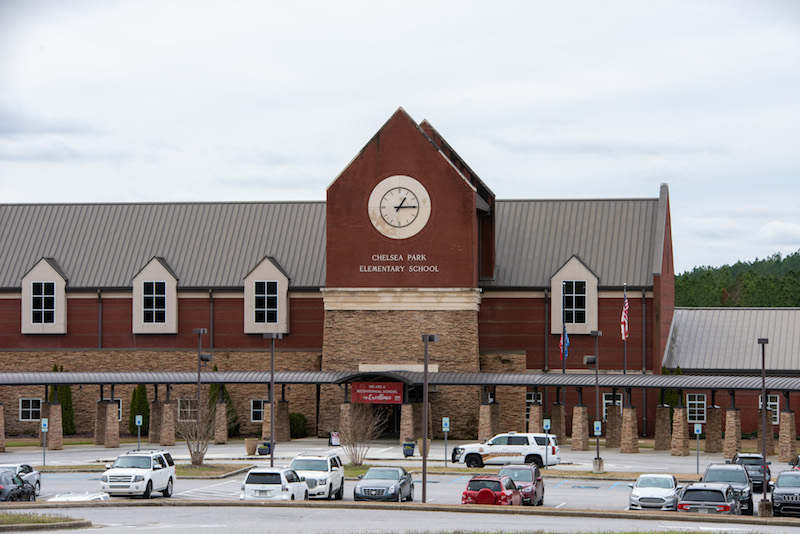 CHELSEA – The Chelsea City Council voted in an Oct. 6 meeting to award more than $134,000 in grant funds to the city’s five schools.

The council approved to award Nick Grant funds in the amount of $134,941 to the schools for specific needs listed in their grant applications.

“The money comes directly from the 1-cent sales tax that was approved for our education fund,” Mayor Tony Picklesimer said of the Nick Grant funds. “We’re grateful that we get the opportunity to help in this way.”

Picklesimer thanked those who serve on the Nick Grant Committee for their work.

The first ordinance, submitted by the Shelby County Board of Education, was for the annexation of 10.3 acres of property on the Chelsea High School campus into the Chelsea city limits.

The BOE approved the annexation request at its Sept. 24 meeting.

“Councilman (Scott) Weygand has been working with them to try to get this approved, and so they’ve offered it up for annexation,” Picklesimer said.

The back edge of the school property where several athletic fields are located is the portion that was not annexed into the city after Chelsea’s incorporation in 1996 and, therefore, was still located in unincorporated Shelby County.

The second ordinance was for a request from Denise Batson for 12.1 acres of property on Simmons Drive to be rezoned from A-R (Agricultural-Residential) to E-1 (Single Family Estate).

The third ordinance was for an annexation submitted by William and Darlene Sharp for .89 acres of property located on Dorough Road in Columbiana.

The fourth ordinance was for an annexation submitted by David and Tonya Willingham for about .147 acres of property located on Chelsea Ridge Trail. The annexation will allow for a cul-de-sac to be built at the end of the street.

In other business, the council approved a settlement with Greenwich Insurance Company to accept payment of $30,000 for paving of roads and to authorize the mayor to sign all necessary documents and dismiss the city’s suit in circuit court with prejudice.