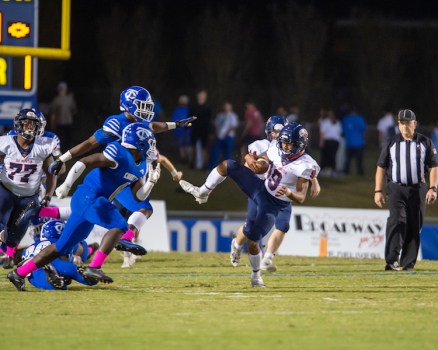 Evan Smith ran for more than 200 yards in Oak Mountain’s 42-21 win against Tuscaloosa County on Thursday, Oct. 8, which clinched a playoff berth for the Eagles. (For the Reporter/Larry Dancy) 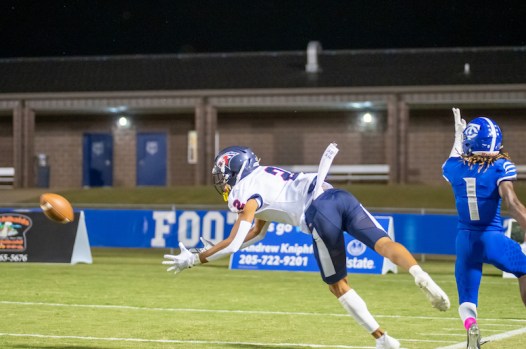 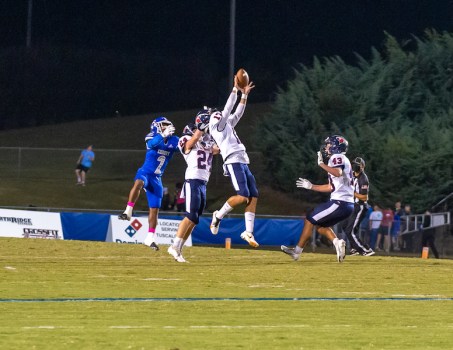 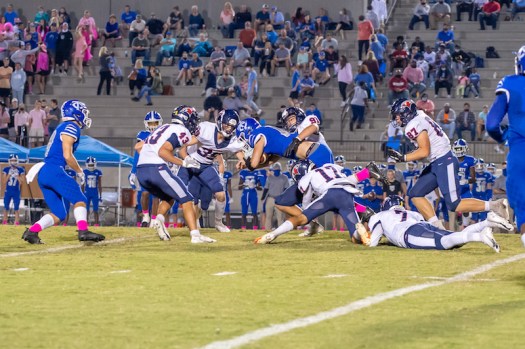 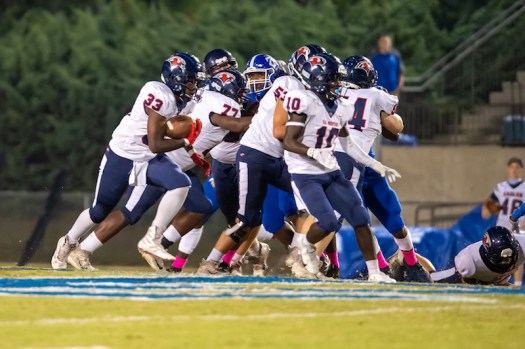 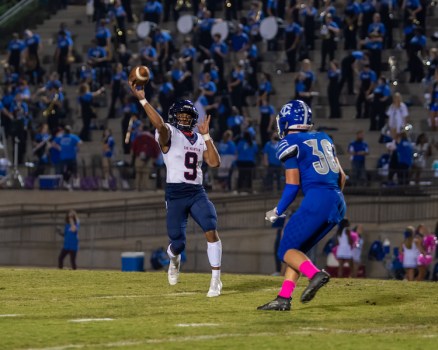 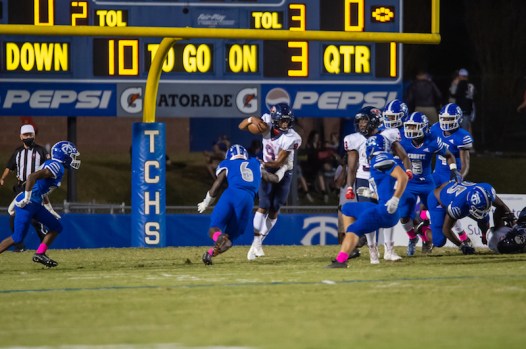 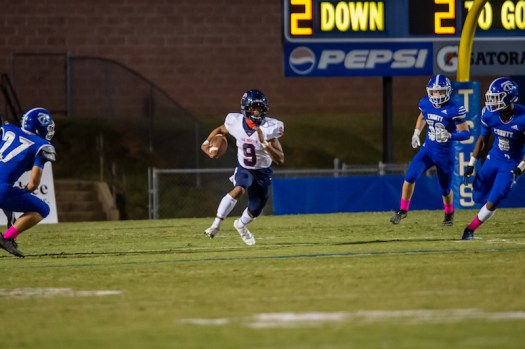 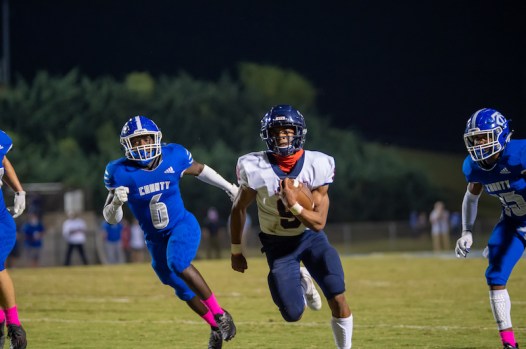 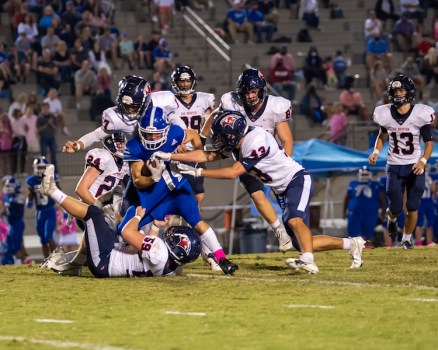 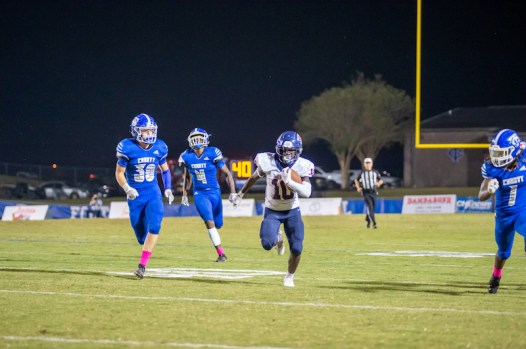 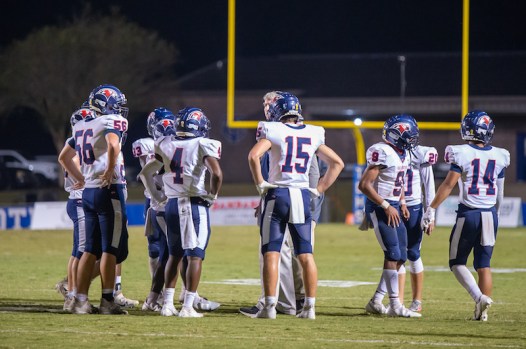 By CAYDEN STURGESS | Special to the Reporter

TUSCALOOSA – Due to Hurricane Delta, Oak Mountain’s game against Tuscaloosa County was rescheduled to Thursday night, Oct. 8, which meant the Eagles were able to clinch a spot in the 2020 playoffs a night earlier behind a 42-21 road win thanks in large part to another stellar performance from Evan Smith.

“We told our guys Monday when we decided to reschedule the game that we were going to play a hard-nosed, physical football game Friday, and we were going to have to prepare for it and execute our game plan,” Bell said. “Every game is tough in this region, so we have to be ready for a fight week in and week out.”

The Eagles were able to strike first when Smith burst through a hole made by his blockers for a 34-yard touchdown run. In the final seconds of the first half, Mark Johnson was able to find paydirt from 4 yards out to give his team a 14-point lead going into halftime.

Smith then helped the Eagles add to the lead with his second rushing touchdown of the night early in the third quarter.

Tuscaloosa County didn’t quit however. Despite being down 21-0 entering the final quarter, the Wildcats fought back. Conner White was able to rattle off two quick touchdown passes to bring his team within one possession of Oak Mountain.

Eighteen seconds after Tuscaloosa County’s touchdown, Smith once again broke free for a long run. He ran around the right side and was able to outrun Wildcat defenders to the goal line. Smith was able to give the Eagles some needed insurance points, but more importantly, he was able to recapture momentum for his squad.

While Tuscaloosa County was able to score on the ensuing drive, Oak Mountain was able to respond with another long drive capped off with a Smith touchdown run.

On the Wildcats’ next drive, the Eagle defense came up with a huge stop that extinguished any hope Tuscaloosa County had of mounting a comeback.

“I think the boys from Tuscaloosa County played very well,” Bell said. “They didn’t quit even when they were down 21-0 in the fourth quarter, and they hadn’t had much offense up to that point. They showed some perseverance, but so did our boys.

“Smith, He was able to score on that big play right after the second touchdown pass, and our defense was able to shut them down when they had to. I think that is a metaphor for this entire season with COVID. Not just our boys, but all fall athletes have had to persevere to get to this point. I’m proud of them.”

The Eagle offense was able to score 42 points, but almost all of their production came from the ground game. Oak Mountain was able to rush for 439 yards as a team, while Smith put up 226 yards on the ground and averaged nearly 9 yards per carry.

“I don’t think we played our best ball tonight,” Bell said. “We showed glimpses of our best ball, but we aren’t going to be complacent in this win. We aren’t going to just look at the 42 points we were able to put up on the board and be happy with it. We have to pass the ball better as a team. I give credit to Tuscaloosa for doing some things to shut down our passing game most of the night.”

With this win, Oak Mountain was able to secure a playoff spot in one of the toughest regions in the state. The Eagles move on with a 6-1 record and will host Thompson next week to keep their region championship hopes alive.