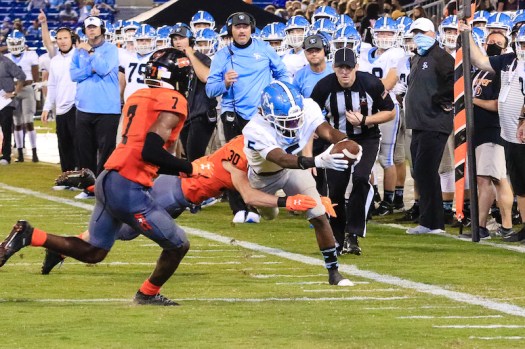 The Spain Park Jaguars threatened No. 2 Hoover for a while, but ultimately couldn't keep up in a loss on Thursday, Oct. 8. (For the Reporter/Dawn Harrison) 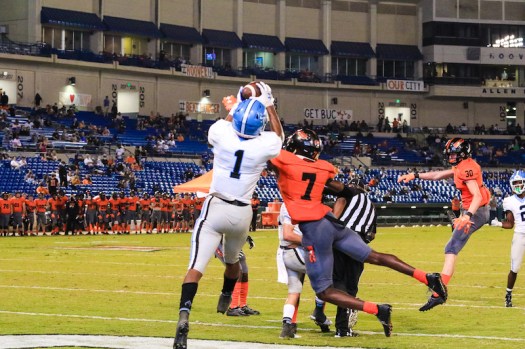 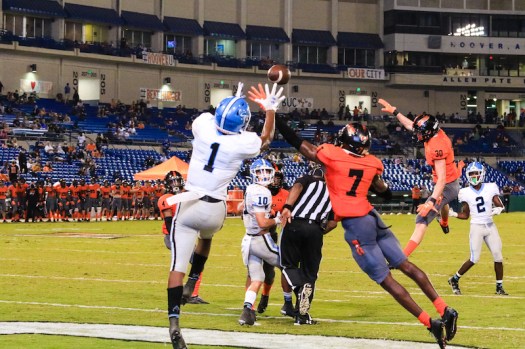 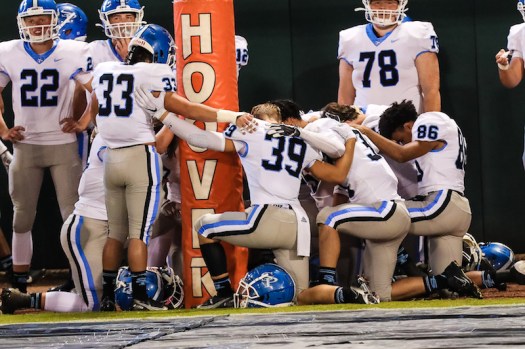 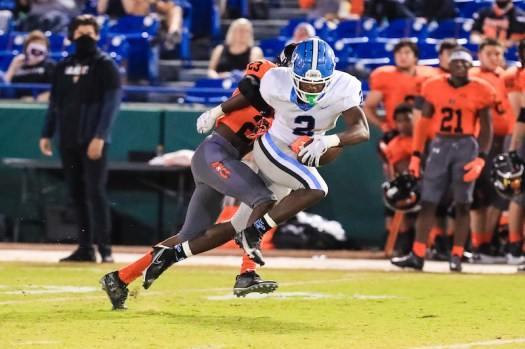 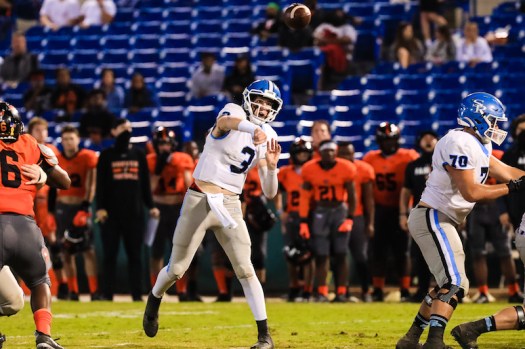 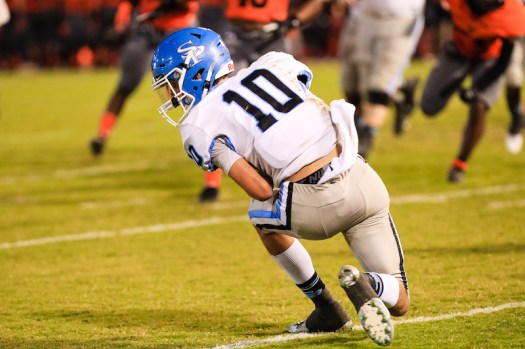 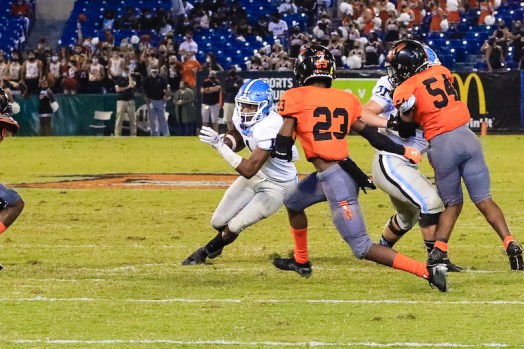 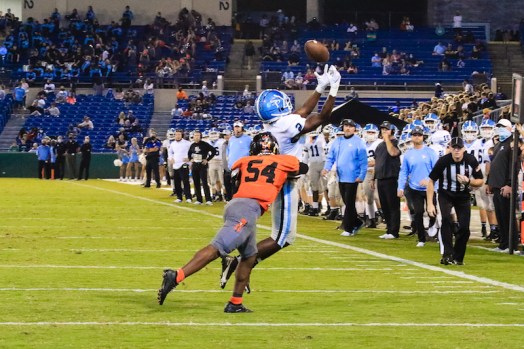 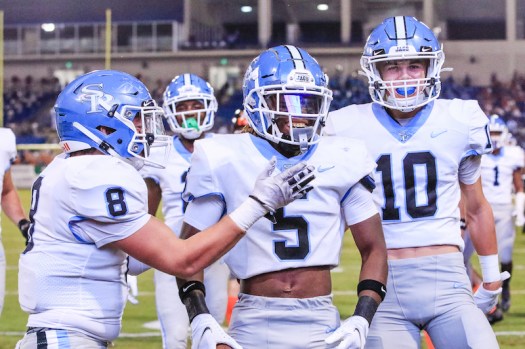 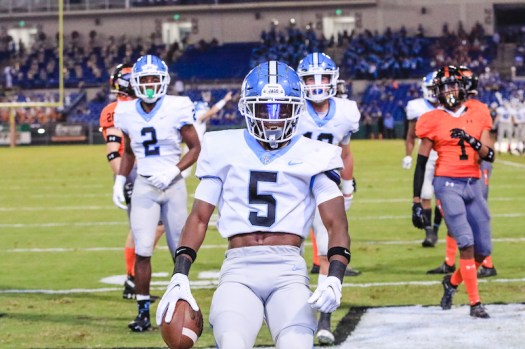 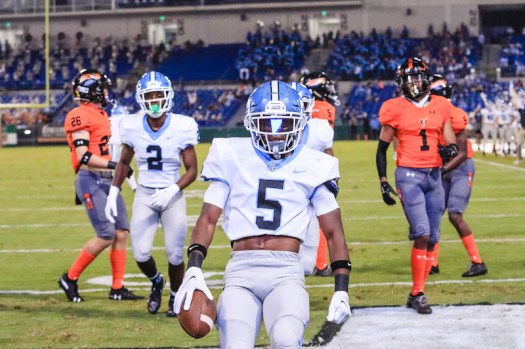 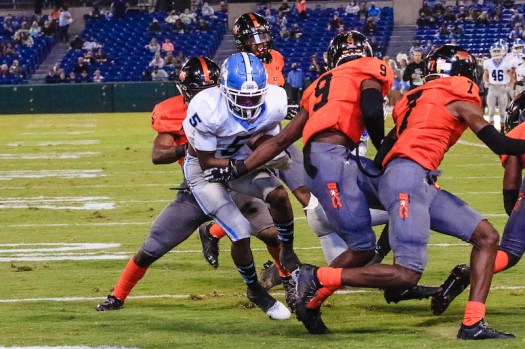 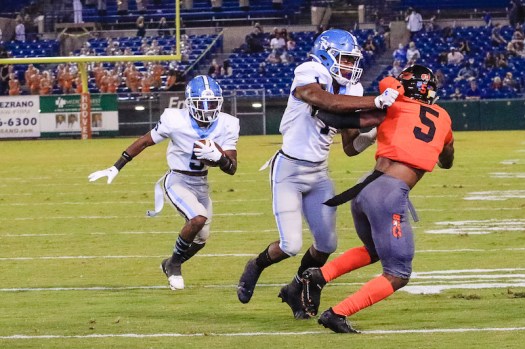 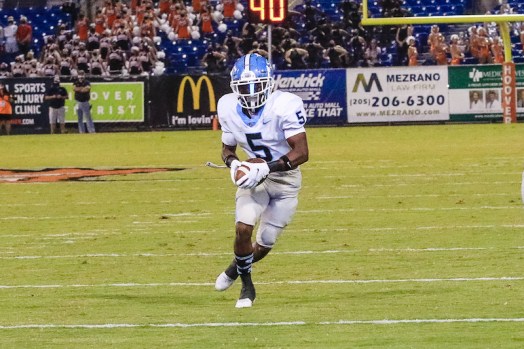 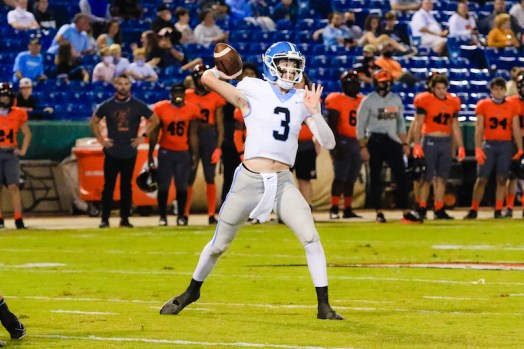 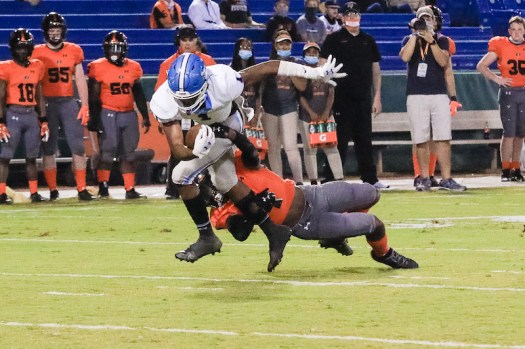 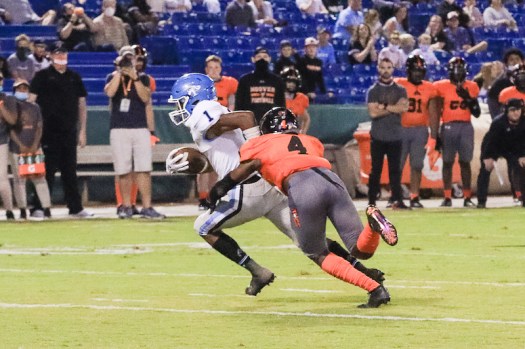 HOOVER – The Hoover Buccaneers defeated crosstown rival Spain Park 47-28 at the Hoover Met on Thursday night, Oct. 8, in a game moved up due to expected rainfall from Hurricane Delta.

Both teams opened strong, with Spain Park scoring first on a rushing touchdown followed by a goal-line punch-in from Hoover’s Ahamari Williams on a drive with multiple big plays to tie the game at 7-7.

The Jaguars were forced to punt on their next drive, which let Hoover march down the field and score a 20-yard rushing touchdown on a reverse to Joseph Buffett.

On the next drive, Spain Park couldn’t respond and went three-and-out. A 14-play Buccaneers drive ensued, resulting in a 34-yard field goal and a 10-point lead for Hoover.

Suddenly, the Jaguars offense exploded as Cooper Kelley caught a ball one-on-one in midfield and left the defense in the dust for a 70-yard touchdown that cut the deficit to just three.

Hoover started strong on their next drive with a 19-yard pass to Gaines but stalled out in Jaguars territory and netted a 38-yard field goal to make the score 20-14.

A promising Spain Park drive afterwards included a 34-yard flea flicker and a wild fourth down conversion where the ball bounced off receiver Larry Ford’s hands over to fellow Jaguar David Moultry Jr., who hauled in the pass to convert.

However, on the next play, the Jaguars fumbled the ball on a run after catch to give the Buccaneers the ball with less than two minutes in the half.

The Hoover drive was punctuated with multiple big plays by Jaylen Taylor, RJ Hamilton and Malik Thomas, and ultimately led to a Jabari Gaines’ touchdown reception to cap the seven-play, 91-yard drive and close the half with a 27-17 lead for the Buccaneers.

Both offenses got going in the second half, as every drive until Hoover’s game-ending drive resulted in a trip to the end zone. Highlights for both teams included two rushing touchdowns for Hoover’s Taylor, and Spain Park’s Kelley snagging his second touchdown grab of the game in a busy second half for him and the Jaguars’ passing game.

The other scorers were Spain Park quarterback Bennett Meredith and receiver Jaylen Ward, who also had a great one-handed catch on the sidelines on Spain Park’s first drive of the half, while Thomas added another score for the Bucs.

Ultimately, two onside kicks did not go Spain Park’s way and the Jags couldn’t stop the Bucs from scoring in the fourth, leading to the 47-28 victory.

The Jaguars have three games remaining on their schedule, including a home game against Vestavia Hills next Friday.