SCR Stars of the Week named 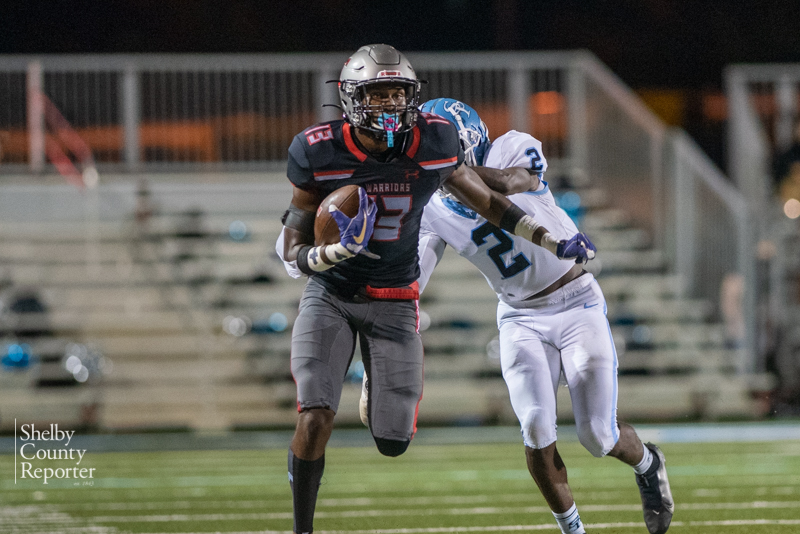 It was another strong week for several athletes across Shelby County in a big week of region play as several had to play games a day earlier than expected due to Hurricane Delta.

But in the biggest games, the best players stepped up to lead their teams, while some helped their teams clinch a spot in the postseason.

Conner Harrell, quarterback, Thompson: Completed 22 of his 29 passes for 282 yards and five touchdowns.

Thompson defense: Gave up just 166 yards and posted its second shutout in three games. Also had two interceptions, both by Tony Mitchell, and one fumble recovery.

Bennett Meredith, quarterback, Spain Park: Completed 32 of 41 passes for 385 yards and four touchdowns in a loss to No. 2 Hoover.

Cooper Kelley, Jaylen Ward and David Moultry, receivers, Spain Park: Kelley led the way with 132 yards, while Ward had 99 and Moultry had 82.

Dylan Peterson, running back, Pelham: Totaled 148 yards and a touchdown on 11 carries in Pelham’s win against Benjamin Russell.

Gabe Gamble, running back, Pelham: Ran for 121 yards on 14 carries with a touchdown.

Pelham defense: Cohen Lee and Seth Branham both had six tackles, while Jon White had five. The team has held the last two opponents to 18 points or less and has given up a combined 30 points in the last 10 quarters of play.

Hayden Garrison, quarterback, Chelsea: Had 287 yards and one touchdown in his third start as a sophomore. Helped lead the Hornets to a 35-34 comeback win against Huffma.

Kobe Hughes, running back, Helena: Had the only offensive touchdown for the Huskies in the win and was big on several runs throughout.

Helena defense: Held Calera to 13 points in a 14-13 playoff-clinching win.

Luke Reebals, running back, Briarwood: Had 47 rushing yards and 67 receiving yards with one score in a difficult 17-7 loss to Mountain Brook.

Tae McGregor, athlete, Vincent: McGregor finished with 137 yards on four carries against No. 1 Randolph County in a difficult 56-38 loss.

Blake Allums, quarterback, Vincent: Stepped in and competed 12-of-14 passes for 220 yards as the backup quarterback against the No. 1 team.