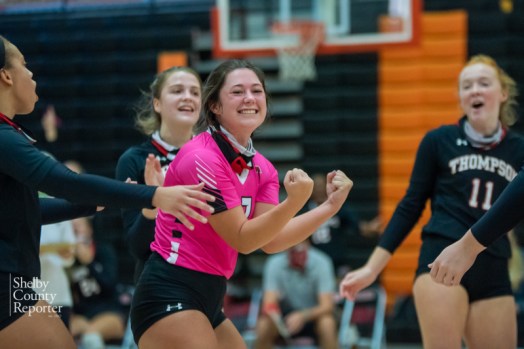 The Thompson Warriors beat Oak Mountain 3-1 in the first round of the area tournament on Wednesday night, Oct. 14, to advance to the Super Regional round of the playoffs. (Reporter photo/Keith McCoy) 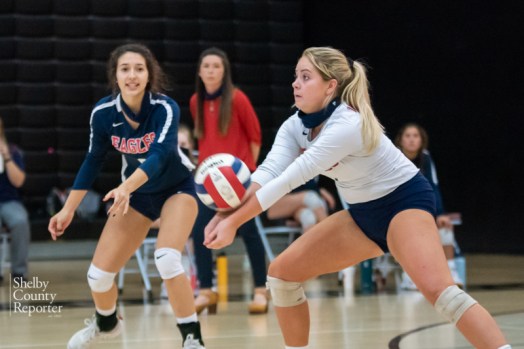 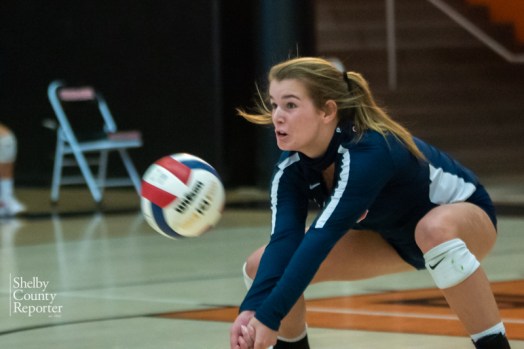 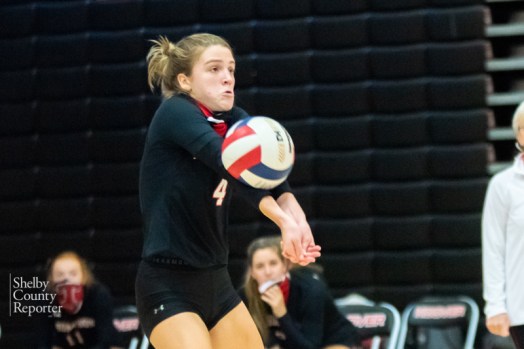 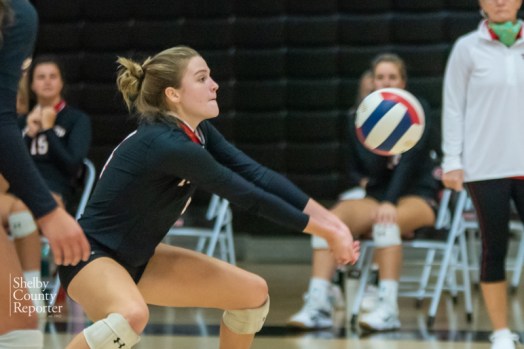 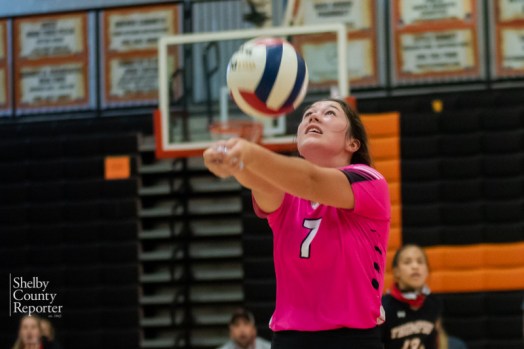 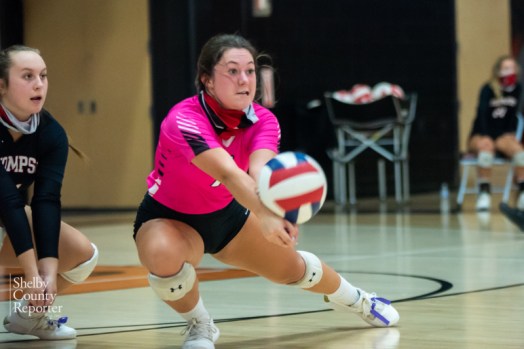 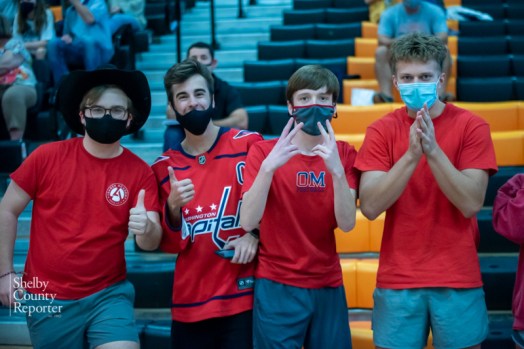 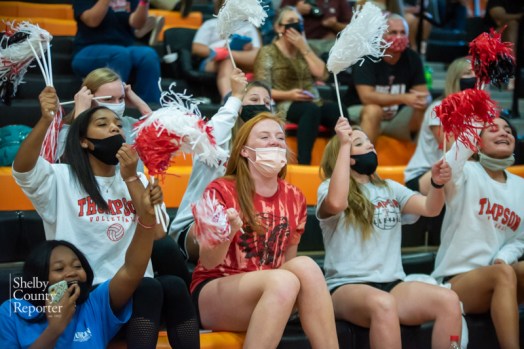 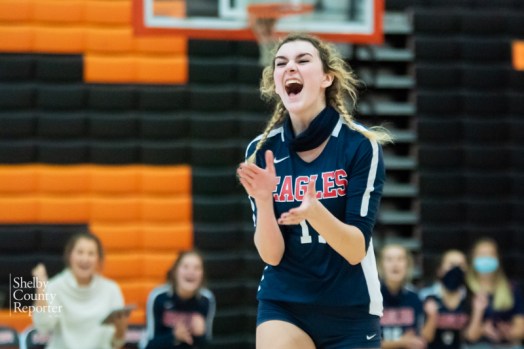 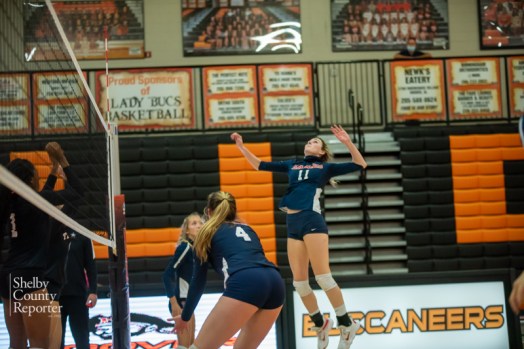 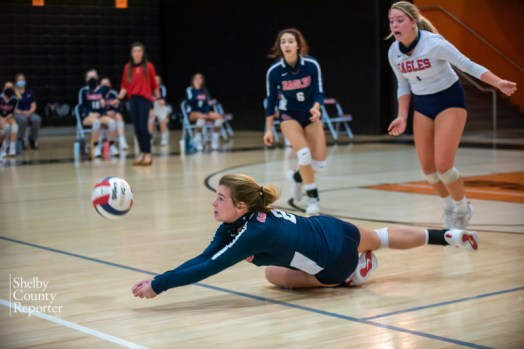 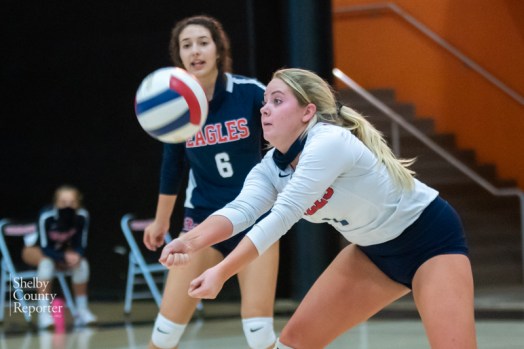 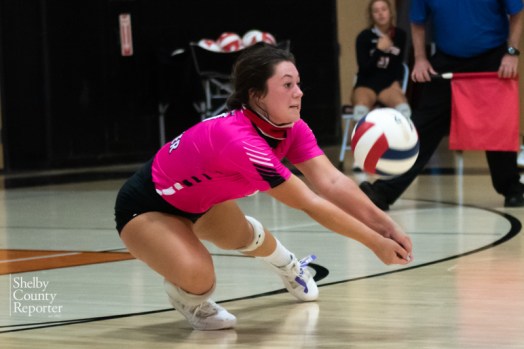 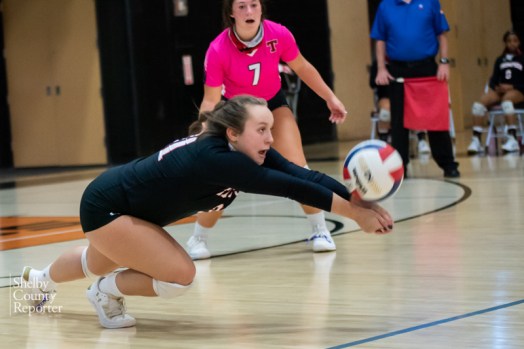 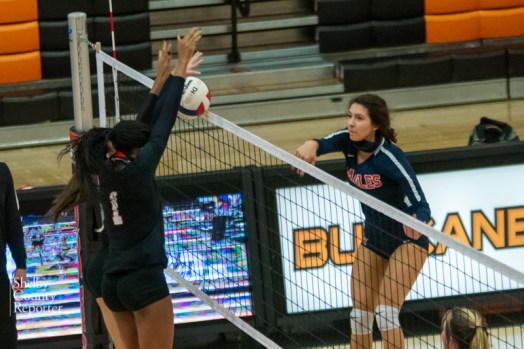 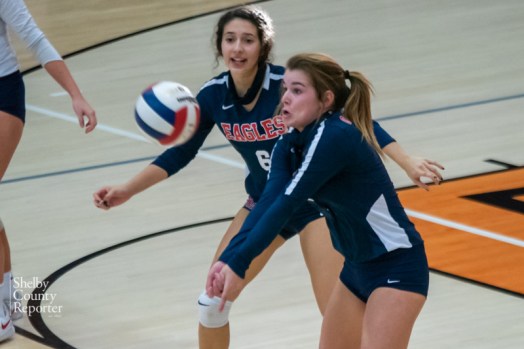 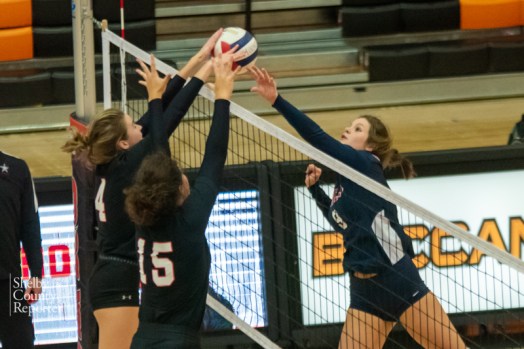 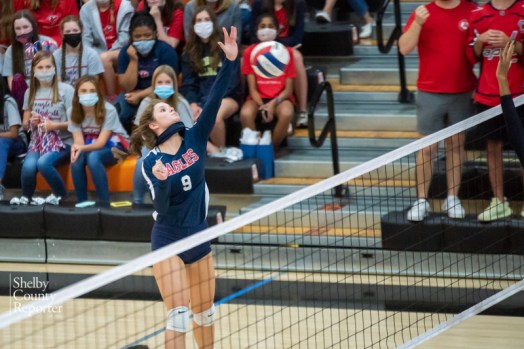 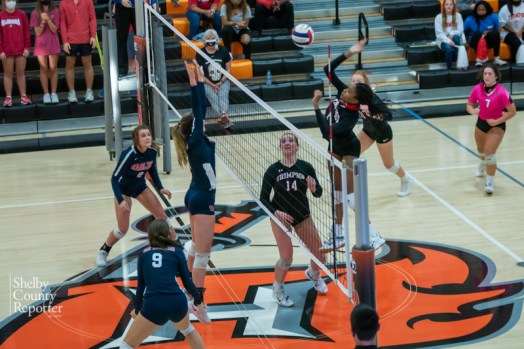 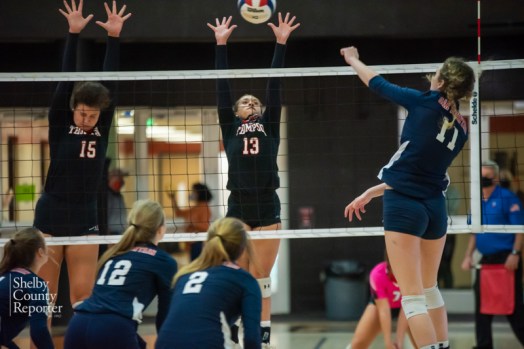 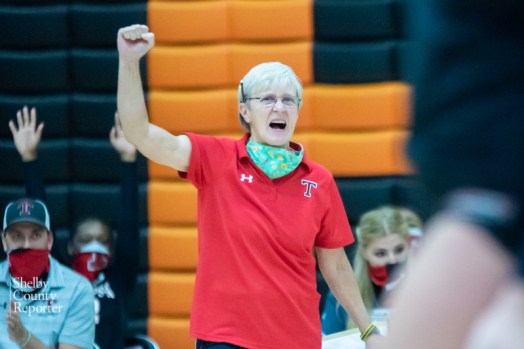 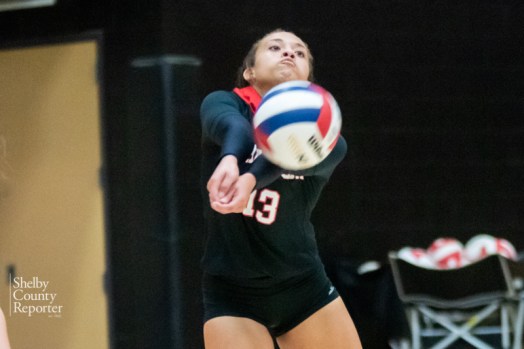 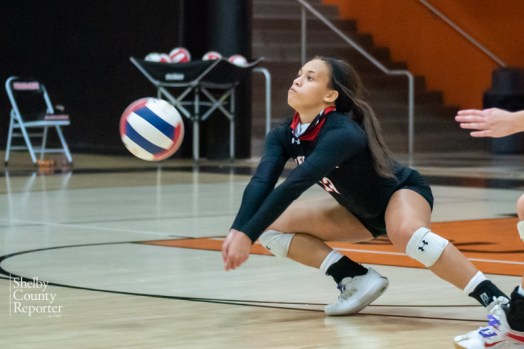 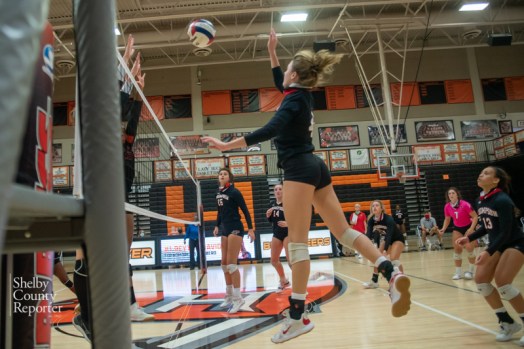 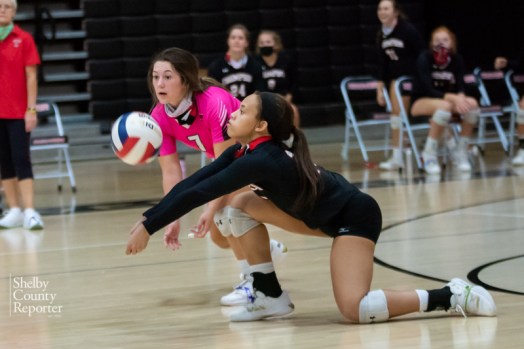 HOOVER – The No. 4 ranked Thompson Warriors are headed back to the playoffs after beating fellow top-10 program Oak Mountain in the Area 5 tournament in four sets on Wednesday, Oct. 14.

It was a great battle with a postseason bid on the line and the Eagles made the Warriors earn it, but earned it they did. Thompson put forth a consistent effort in a 3-1 (25-17, 25-15, 20-25, 25-17) victory to advance to the area tournament championship and to Super Regionals.

The Warriors went on to lose to top-ranked Hoover in the area title match later in the evening, but by advancing to Super Regionals, they’re one win away from advancing to the state tournament.

“We’ve worked so hard and diligently on blocking, defending and the first part of that the serve,” head coach Judy Green said after the match against the Eagles. “I felt like in the first two sets we served very well and kept good rhythm about what we’re doing blocking and playing defense. We found our rhythm back at the end of the third set, got our rotations corrected and took care of business in the fourth set.”

Wilson was key all evening in multiple ways and helped Thompson take a 20-12 lead to start out to cruise to the opening-set victory.

“I think her leadership on the floor is something I’d like to see every time we go out and play,” Green said. “She was pulling us along tonight and when Bri gets in the zone, she’s in the zone and you better get in the zone with her. She’s determined and it’s hard to stop her.”

Setter Madison Touhey added a couple of kills at the end to push the Warriors’ advantage to 2-0.

Grace Burgess’ squad wasn’t quite ready to make their exit yet and fought back to take the third set. Jayni Thompson Landry Frisch and Lacee Sheaffer were standouts for the Eagles who took a big 20-10 lead to start.

Thompson, who was out of sync most of the set, went on a 9-3 run, but it was too little too late for the sweep attempt.

In the fourth and final set it was Wilson who would took it upon herself to close out the Eagles.

Her third kill of the set perfectly angled past the defense for an insurmountable 23-12 lead. She finished with four in the set and 13 in the match to lead the team.

Canady also played well in the last set with four kills and two more aces finishing with 11 and four on the night. Jada White also got in on the act with four kills including the winning point.

The Warriors guaranteed themselves a spot in the postseason, but would go on to lost 3-0 to 7A No. 1 Hoover in the area championship.