“I like to stay involved in community, state and the world. I feel connected when I am involved. I volunteer for the betterment of others, empowering them. It’s my way of giving back for what I have received. I owe for that,” Paul Worthey said. 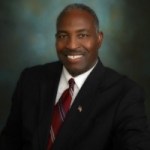 For the past 20 years, Paul has volunteered with Mobile Optimist Club (MOC), which is a branch of the Boys and Girls Club (BGC). For 10 years, Paul served on the Committee of the BGC.

MOC provides financial support to numerous BGC youth programs such as Christmas events, as well as social events such as cookouts, student athletics and scholarships to name a few. Worthey has served as area chair for employer support of the Guard and Reserves (ESGR) for the past 15 years. Established in 1972, ESGR promotes cooperation and understanding between Reserve Component Service members and their civilian employers and to assist in the resolution of conflicts arising from an employee’s military commitment.

Paul is the district coordinator for the American Association of Retired Persons (AARP) Driver Safety Program and Board Member. The AARP Smart Driver course is the nation’s first refresher course specifically designed for drivers age 50 and older. In many states, drivers may benefit from a discount on their auto insurance premium upon completing the course. An evaluation of the course found that 97 percent of participants changed at least one driving habit as a result of what they learned.

Sixty-eight-year-old Worthey is a retired Alabama State Trooper. Out of approximately six individuals, he was among the first African-Americans in the entire state to be employed in the department, and he spent 25 years dedicated to keeping American drivers safe. Over a 32-year-period Paul’s military career consisted of the Reserves, active duty and Army National Guard.
Despite being drafted in 1973, Paul insists, “It was great to be involved in the military. I stayed with the military because I wanted to serve.”

He started as a military police officer because of the need for law enforcement officers.

“It turned out to be the gate way to law enforcement when I entered civilian life,” Paul added.

He was a Logistics Officer. The second of 10 children, Paul Worthey was born and raised in Maplesville in Chilton County, Alabama. Paul has been married to Zetherina for the past 45 years.

“One of the biggest things in a relationship is the ability to give and the willingness to try to communicate and understand one another. There must also be give and take. Married couples have to like one another,” Paul insists.

The couple have four children and four grandchildren.