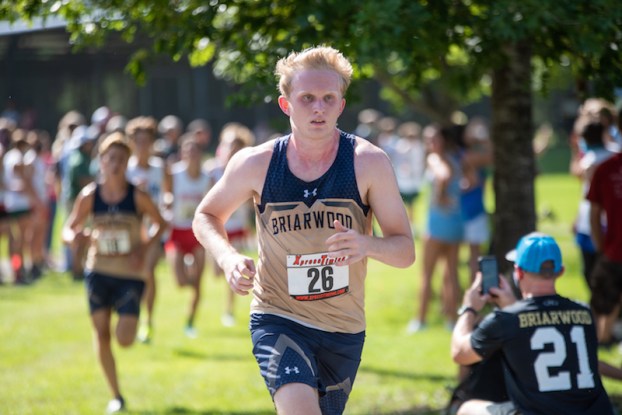 Briarwood and Westminster both put together strong performances at the Oktoberfest Invitational in Cullman on Saturday, Oct. 17. (File)

CULLMAN – The Briarwood Lions and Westminster at Oak Mountain Knights competed in the Oktoberfest Invitational on Saturday, Oct. 17, in Cullman with each putting together strong performances.

The two highlights in the event were Briarwood’s boys and Westminster’s girls with both teams finishing third in their respective races.

But the highest local finish belonged once again to Westminster’s Hallie Porterfield, who continued an impressive season. In her last event, Porterfield set a personal record in one of the largest meets of the season, and she followed that up with her second fastest time in the Oktoberfest Invitational.

She finished the event with a time of 19:49.87, marking her second sub-20 time in a row and of the season, which led to her finishing second in the standings. It marked her fifth finish inside the top six and her third finish of second or higher.

Beyond that, Briarwood’s Marty Grace Parker also grabbed a top-10 finish by crossing the finish line with a time of 20:37.37, which was good enough for seventh place.

Westminster’s Hannah Adams and Courtney Callahan also had impressive performances with Adams finishing 12th thanks to a time of 21:13.45 and Callahan finishing two seconds behind in 13th with a time of 21:15.74.

Teammates Patrick Hnizdill, Ford Thornton, Brandon Dixon and Noah Williams all finished in the top 40. Hnizdill was the highest of the finishers in 31st with a time of 18:24.23, while Thornton was three spots lower in 34th with a time of 18:32.32.

For the Knights, Micah Adams was the highest finisher, as he helped them finish fifth in the overall team standings. He finished 22nd with a time of 18:00.04, while Andrew Purcell finished two spots lower in 24th behind a time of 18:04.72.