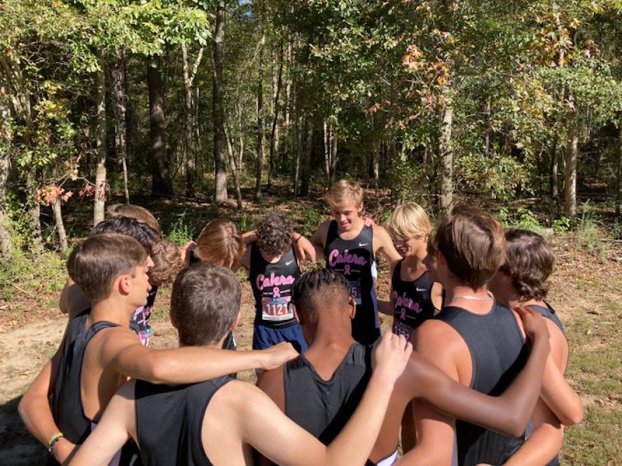 ANNISTON – While they only had one top-10 finisher, the Calera Eagles had a consistent effort the rest of the way with a total of five top 25 finishers and six inside the top 50 to claim the top spot in the team standings at the Wildcat Classic on Saturday, Oct. 17, at Anniston’s Wildcat Trail.

In addition to boys having another strong performance this year, the girls also competed at the event finishing sixth in their race.

Gay has now finished 15th or higher in every event this season and has run every event in less than 20 minutes, while this race marked the second time in five races this season that he had run a sub-19 race.

Just a few spots lower in 13th and 14th were junior teammates Cade Galloway and Michael Jones, respectively. Galloway finished the event with a time of 18:55.14, while Jones was just a hair behind after finishing with a time of 19:02.90.

The girls were highlighted by Laryssa Molina-Becerra, who finished 20th behind a time of 24:28.60. The only other runner to finish inside the top 50 was Isabella Jones. She finished 40th with a time of 26:47.69.

By ALEC ETHEREDGE | Managing Editor TUSCALOOSA – The Helena Huskies put together another strong event at the 2020 American Christian... read more