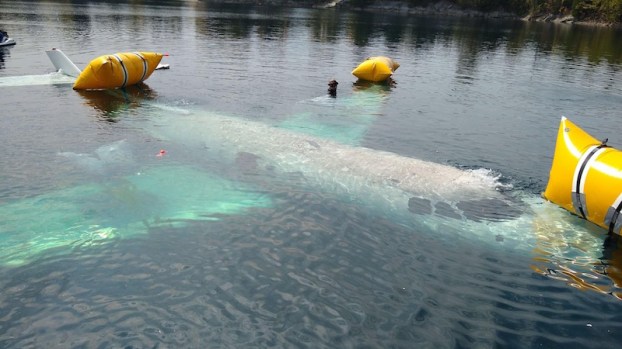 The plane slowly sinks at Blue Water park in Pelham, which will now add a new dimension for experienced divers and those learning to dive, as well as others to experience at the park. (Contributed)

PELHAM — Mark DiGiorgio, owner of scuba diving facility Blue Water Park in Pelham recently fulfilled a longtime goal of sinking a plane in his park for scuba divers to enjoy.

DiGiorgio has been the owner of the quarry turned lake for about five years, and has been using the facility since he was a teenager. He has dedicated his life to providing instruction and a haven for those in the Southeastern United States who are interested in or have a love for scuba diving.

“This has been a two-year process,” DiGiorgio said. “It was worth it because it makes for a very unique underwater sight. We have cars, trucks, old fire trucks, old school busses and boats so this plane is a very nice addition to what we already have.”

He said that most of these vehicle are along the shoreline, but the plane is positioned away from the shore so that divers can get a better and more entertaining experience when they are out on the lake.

Actually acquiring the place was a tough process, but through a series of lucky events DiGiorgio was able to have the plane shipped, have clearance from local authorities and had the plane dropped into the lake on Oct. 8 with the help of different groups and a crane.

To be placed in the lake, the plane had to be lifted by the crane up and over a large portion of trees before being set in the lake with flotation devices and dragged out by boats to slowly sink in the exact location DiGiorgio and his crew wanted it to. 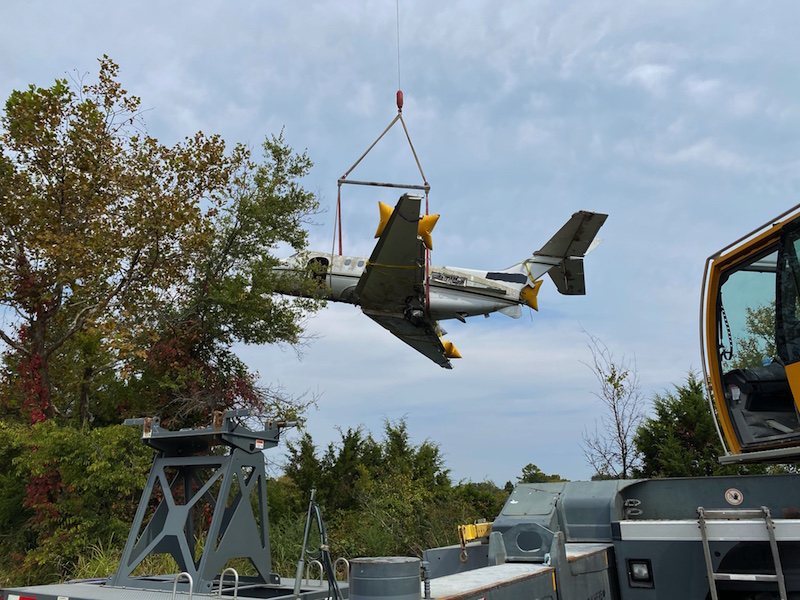 After the sinking of the plane, it sits approximately 27-40 feet below the water, and the doors were removed to make it easier to swim through.

“It was one of those things that some of it was a coincidence of God. It has been frustrating because I was sitting there thinking about how I really want to get it in the water,” DiGiorgio said. “It came out great in the end. I think that it is a great addition to the park.”

The park is not only an attraction for those interested in diving, it also serves as a place for police departments to train their dive teams.

“It is good training for the police department. Their dive teams train out here searching for people who drown, or to look for evidence for crimes,” he explained. “To have something like an airplane in the lake so that they can use it for their exercises is also going to be a help to them.”

Blue Water Park will be closed during the winter, and will reopen during the spring. Those who are interested can come and see the plane in the next few weeks or come out when the park reopens in the spring.

DiGiorgio said that he has more plans on adding things to the lake for divers. More information about the park can be found on the Blue Water Park Facebook page.

By SCOTT MIMS / Staff Writer Before Richard and Linda Cook first moved to Shelby County in 1987, he told... read more