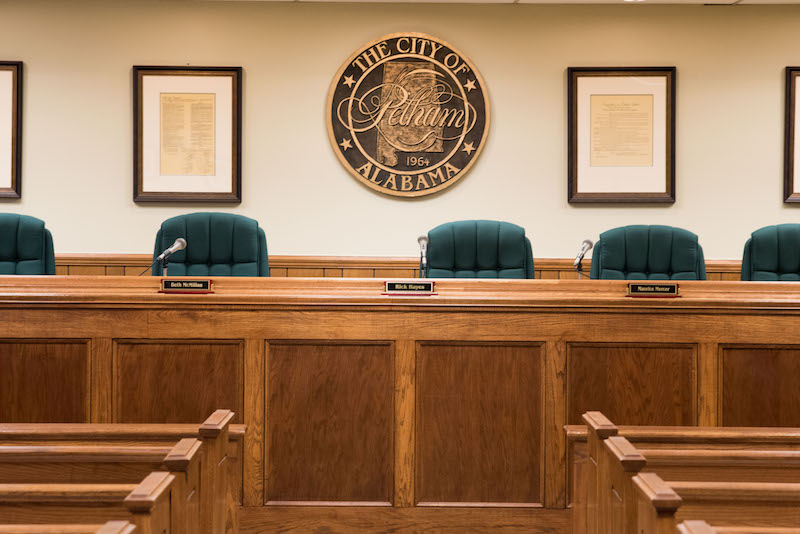 The Pelham City Council discussed the city manager position during the final council meeting for the current council on Oct. 19. (File)

PELHAM — The Pelham City Council spent much of its final council meeting on Monday, Oct. 19, discussing the city manager position.

A resolution to discharge Pelham City Manager Gretchen DiFante was scheduled to be voted on at the meeting, but was removed from the agenda in the council’s work session prior to the open meeting.

In the work session, the council voted 3-2 to remove the item from the agenda, but mentioned the possibility of the new council taking up the city manager position at a later date to determine whether the position remain intact or not.

The resolution stemmed from issues that council member Mildred Lanier brought up regarding statements allegedly made by DiFante about then candidate for city council Scott Christian.

However, ultimately the council decided that it was not the appropriate time to take up the issue with it being the last meeting for some of the council members.

Christian addressed the council at the meeting saying “after the last council meeting on the night before the runoff, the mayor and the city manager shared with me that the mayor had been in discussions with the Poarch Creek Indians.”

“That day, I was contacted by someone saying that the mayor and city manager had said that I was telling people that I was bringing the Poarch Creek Indians a casino in Pelham,” Christian explained.

Christian said he felt like that was used to deter people from voting for him.

Mayor Gary Waters spoke at the top of the meeting addressing some of the concerns of the council, and clarified that he only spoke of the negotiations, and addressed how the council should move forward in regards to the position of city manager.

“I think that the council has a unique opportunity. I think it is remarkable that in the waning days of your administration you are still considering making changes,” Waters said. “I took it upon myself to talk to the Poarch Creek Indians, it is in that context that DiFante mentioned that.”

Public comments were made throughout the meeting on the matter, while council members spoke about it during both the work session and council meeting.

But ultimately, the council decided it would be best to let the next council take up the matter if they wish. In the 3-2 vote, Ron Scott, Maurice Mercer and Beth McMillan voted to remove the resolution from the agenda, while Rick Hayes and Mildred Lanier voted to keep it on the agenda.