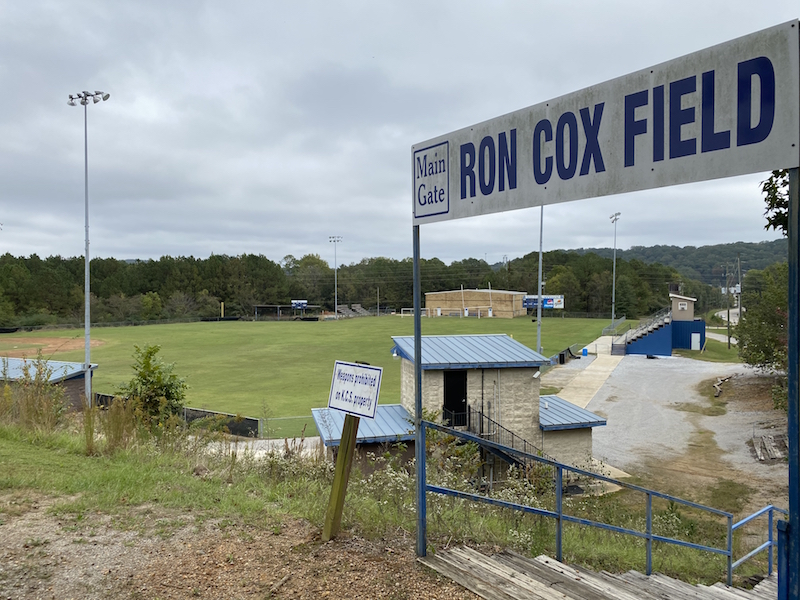 The city of Alabaster recently purchased a 5,000-square-foot parcel of land from Kingwood, where the school’s baseball and football games were played, to now use as a park for city residents. (Reporter photo/Alec Etheredge)

ALABASTER — The city of Alabaster recently purchased 8 acres of land, approximately 350,000 square feet, from Kingwood that will be used to bolster parks and recreation in the city.

The land, which was purchased for $575,000, was previously used for football and baseball games at Kingwood. City leaders jumped at the opportunity to use the already developed land to improve the lives of citizens in the city, according to Alabaster City Administrator Brian Binzer.

“We sent out surveys to our citizens earlier this year, and we got responses back about wanting more walking trails and increased park space. But one issue is having more park space closer to where people live,” Binzer said. “One of the gaps we saw is that we don’t have a lot of parks in the north area of town. With this land, we saw an opportunity to pick up something already developed that we could add to and address those concerns.”

The land has two fields, lights, a field house and parking all around the site. Binzer said that the price on the land was a great deal, and the city was happy to take it.

The space is being utilized immediately, and programming is already being considered for the area.

“We are looking into adding programming within the space with things like football or soccer,” he said. “This is a great overall green space for the city. We hope to use it in the future to tie in with neighborhoods in the area, through walking tracks and other things.”

Binzer indicated that the Alabaster Parks and Recreation Department was going to start thinking of ways in the near future to use the land to further improve the lives and experience of citizens in the city.