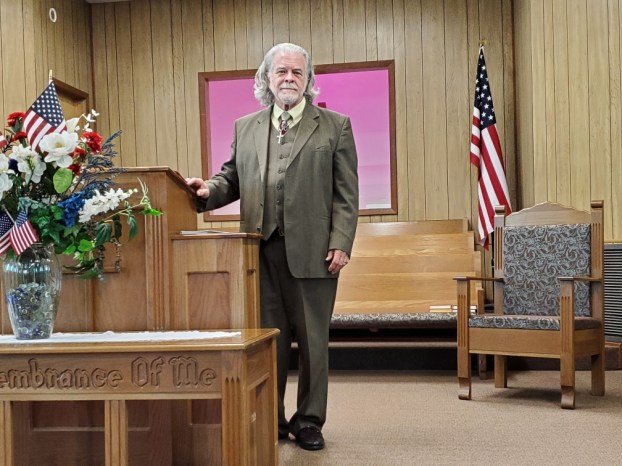 Randy Roberson, pastor of Mount Vernon Baptist Church in Sylacauga, is a certified prosthetist and helps people in underdeveloped countries through SKY. (Contributed)

An ordained minister, Randy Roberson, 68, is pastor of Mount Vernon Baptist Church in Sylacauga. Licensed by the State of Alabama, Randy, a certified prosthetist, received his certification from the American Board for Prosthetics and Orthotics in 1999.

First introduced to Skilled Knowledgeable Youth (SKY) founder Brian Copes in 2013, Roberson was asked if he would become a teaching specialist to oversee the prosthetic manufacturing of devices that were developed by high school students for use in an underdeveloped part of the world. Randy is also a SKY board member.

“The original prosthetic knee was made from a motor mount from a Toyota with a crutch bottom as the lower leg portion. A great deal of planning and development went into the system SKY is currently producing,” said Randy.
“Plans are underway to invent a mold injected system. Meanwhile, SKY’s prosthetic project has been blessed to have a Christian businessman as its benefactor,” he continued. “This person has purchased a 3D printer for SKY and we are currently testing printed components here in the USA.”

Added Roberson, “We are also working with UAB school of engineering. Four senior classmen developed a universal above the knee socket prosthetic which fits most people.”

Scheduled to go to Central America this past July, the trip was cancelled due to the COVID-19 pandemic.
“My work with SKY allows me to use my profession to help others. It is a call to minister in the name of education,” explained Randy.

Born in West End of Birmingham, Roberson operated a construction business as a young man. For the past 40 years, Roberson has worked for several companies. For the past six years he has been employed as a prosthetist at Pro-Fit, Inc.
“I wanted to be creative. I had the opportunity to help people. After becoming a Christian, I was able to share my testimony in context. ‘Praise God’ is my favorite phrase. Everything I do, God has a hand in it,” admitted Roberson.
Randy is married to Stephanie. He is the father of seven children and 11 grandchildren.

At the age of 47, he had a call upon his life for ministry. He earned a master’s degree in pastoral ministry. In 2005, he graduated from Covington Theological Seminary in Fort Oglethorpe, Georgia. He has pastored Mt. Vernon Baptist Church for the past five years.

Roberson’s volunteer work with SKY has taken him to four different countries in Africa. He has spent eight years going back and forth to Ghana working with patients.

By SCOTT MIMS / Staff Writer A local church’s property is now better protected thanks to the efforts of 18-year-old... read more