A look at each Round 1 playoff matchup 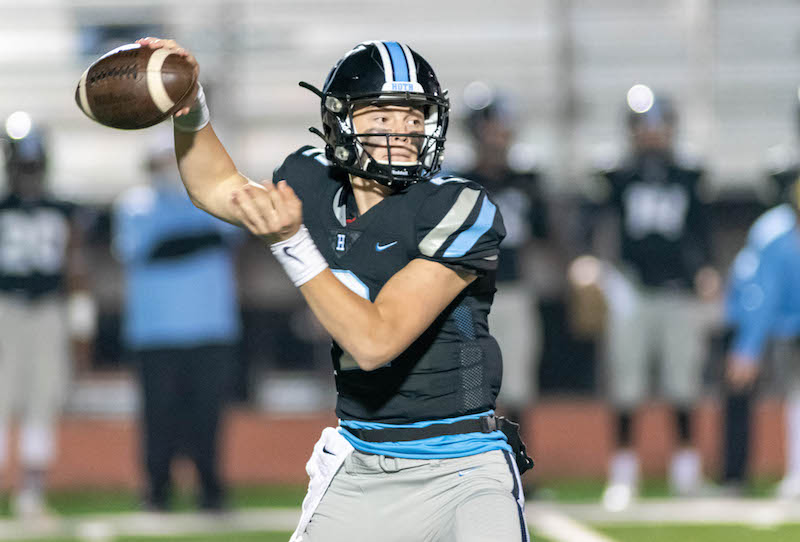 After COVID-19 hit and cut the spring sports season short, athletes were begging for one more chance to take the field. That led into a summer of uncertainty surrounding whether or not the 2020 football season would be played and players just hoping they’d get to suit up for a game.

Now, they’ve not only suited up for one game, but have made it through an entire regular seasons and the ones left standing are set for the opening round of the playoffs this Friday night.

And for seven local teams, their season will continue this week with a trip to the postseason with each hoping the season lasts just a little bit longer.

The path to repeating as Class 7A state champs begins at home this Friday for the Thompson Warriors with a matchup against the Grissom Tigers. On paper, Thompson sits as the clear favorite at 10-0, while the Tigers were 4-4 in head to head games ahead of their regular-season finale against Hazel Green. Grissom has given up around 20 points per game this season, but against the best offense the Tigers played, they gave up 35 to James Clemens. Now, they’ll take on the best offense in the classification. The Warriors are averaging more than 40 points per game, and if that’s not enough, the defense is giving up less than 15 points per game. Against the two best defenses they played this season, the Tigers scored 14 points against Sparkman and James Clemens. Once the postseason starts, Thompson should be in a different gear with plenty of motivation to repeat as state championship and give the necessary effort to get there. That’s a scary thought considering the current gear they are already in is dangerous enough. Thompson 42, Grissom 20

A season that featured Oak Mountain’s first 4-0 start in school history and winning six of its first seven games will now come down to a matchup against a very good Austin team. The only loss for the Black Bears came to a good Sparkman team by seven points. But since then, they have gotten back into a rhythm, especially on offense with 40 or more points in three of their last four games. The Eagles, however, have given up 49 and 51 in two of their last three games. I’m not ruling out an upset because Austin has looked suspect in a couple of games this year, but the Eagles will have to play perfect, and on both sides of the ball. Not only will quarterback Evan Smith need to be on running the football, along with running back Judah Tait, but the passing game will have to be clicking and the defense will have to look like the defense that gave up 28 or less in six of its first seven games. That may be a tall task, but the Eagles won’t go down without a fight. Oak Mountain 21, Austin 35

It has been a special 2020 football season for the Pelham Panthers—a season that featured a perfect record in region play and their third region title in school history. But despite the success, it won’t be an easy path for the Panthers in the first round, despite home field advantage. They’ll take on a Lee Montgomery team that has played solid defense this year, giving up 26 points or less in every game and 14 or less in five of nine games. But the Generals are scoring less than 20 points per game and have been held to 19 or less five times this season. Pelham has improved so much defensively late in the season, that the Panthers should at least hold Lee in check. And with the dangerous offense Pelham brings to the table, the Panthers should be able to create the necessary separation if the moment isn’t too big for them. Led by Dylan Peterson, Gabe Gamble, Will Lankford and Darius Copeland, the offense has scored 34 or more in its last seven in a row and is averaging close to 40 points per game. It won’t come easy, but this team is so bought in to doing what is necessary for the team to succeed, and I think they can find a way with an experienced head coach. Pelham 28, Lee Montgomery 21

Briarwood has had a special season yet again under second-year head coach Matthew Forester, and the Lions have earned home field advantage in their first year back in Class 6A. They’ll see a familiar foe in Hartselle, who they played the last two regular seasons, losing 14-7 two years ago in overtime and wining 21-10 last year. It’s going to be a difficult matchup against the Tigers, who finished the regular season 7-3, scoring 33.1 points per game and giving up 14.6 points per game. But this year, Briarwood has competed in 6A all season and has also competed against one of the most difficult schedules in the classifications, making it through that stretch giving up 11.7 points per game. With both defenses playing so well, it should be a tightly contested game, but I’ve seen Briarwood’s offense improve drastically late in the season, which could make the difference in what could be the most exciting game of the week. Briarwood 21, Hartselle 17

Helena enters the actual first round of the playoffs off a game that felt like a playoff game last week. By beating three-time defending Class 6A State Champion UMS-Wright, the Huskies earned the No. 2 seed out of their region. Now, they’ll host a first-round playoff matchup, but that doesn’t mean it will be easy. Opening the postseason with a matchup against 7-3 Carver-Montgomery will present challenges, but will also be the type of game the Huskies love. So far this season, Carver has scored just 24.5 points per game, but is giving up just 15.5 points per game. Helena is also playing similar on both sides, giving up 15.2 points per game and scoring 26.7. In a physical, defensive showdown, Helena will be right at home. It’s the exact style of play the Huskies like. They want to pound the ball with running backs Marquis Johnson and Kobe Hughes, and with both healthy and looking good right now, that should be a huge boost. But to set that tone, the defense will be the key, which is also a strong suit. The Huskies have given up 18 or less in their last four games on that side of the ball. In addition to that, the Huskies didn’t play for three consecutive weeks in the middle of the schedule due to one forfeit against them and two forfeits themselves. Carver, however, has played 10 consecutive weeks of a brutal schedule. A win won’t come easy for either team, but the Huskies lost in the first round last year as the one seed, they’ll be motivated and had the ultimate confidence-boosting win last week. Helena 20, Carver-Montgomery 17

The Shelby County Wildcats have ended the postseason drought. After not making the playoffs since 2009, they are finally back in the postseason this year. But the celebration may be short lived with a ranked and undefeated Pike Road team waiting for them in the first round. Pike has given up 18 or less in all but one game this season and has posted three shutouts and given up seven or less in all but two games. The offense has also seen success, scoring 50 or more in five games and 35 or more in every head to head matchup this season. Now, Shelby County’s defense has shown major improvement this year, giving up 15 less points per game than it did a season ago, but this will be the most challenging offense to date outside of a game against Demopolis in which they lost 48-20. But Shelby County’s offense has been inconsistent throughout the season and taking on this difficult defense may be the more difficult challenge for Shelby County. They’ll find a way to fight in this one and make it interesting, but Pike is a team that should compete for a state title. Shelby County 20, Pike Road 35

Just making the postseason in itself was an accomplishment for the Montevallo Bulldogs, and while they’ll hope for a playoff run, it may be short lived with a very difficult opening round game. Montevallo will matchup with 7-2 St. James, who is lighting teams up offensively with 31 or more points in eight games this season. Their two losses have also come to teams who are a combined 17-1. That said, the defense is giving up right around 21 points per game. Montevallo is a team that wasn’t ready for a game like this at the beginning of the season, but the Bulldogs have faced so much adversity and so many inexperienced and young players have gotten better as the season has gone along, that they just be able to hang around. St. James should be the favorite to win, but Montevallo has hung tough with some really good teams this year, and the Bulldogs won’t back down from this challenge. Montevallo 22, St. James 35