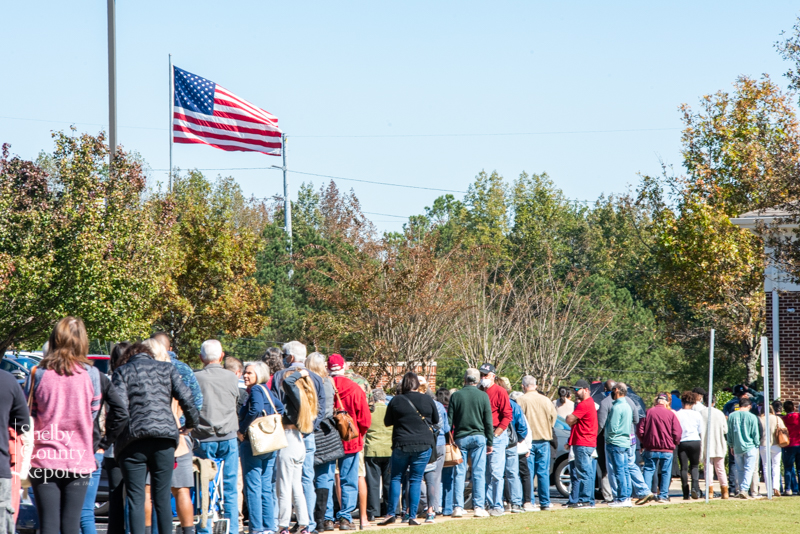 Shelby County voted to adopt an amendment during the Tuesday, Nov. 3, General Election that will help provide intercity aid during water and sewage system emergencies. (File)

Shelby County gave a resounding yes vote to the only local amendment that appeared on this year’s General Election ballot.

The amendment, known as the mutual aid amendment, will allow cities to help those impacted by natural disasters or other emergencies throughout the county.

The amendment, which was proposed in the legislature by State Rep. Corley Ellis, R-Columbiana, will allow for contracts between organizations of different cities to prearrange agreements for intercity assistance for water and sewage systems during emergencies or other disasters.

“There are 14 water systems and 17 sewage systems in the county. Out of all of those, for one to help the other there are certain governmental procedures that have to take place, like votes in the council,” Ellis explained. “These disasters are time sensitive, so every second is critical. This law will allow cities, municipalities and private businesses to enter into contracts ahead of time for seamless responses to those emergencies.”

Shelby County Attorney Butch Ellis explained that with the amendment passing, response time will be significantly lowered for customers of those utilities.

“As we become more and more populated, it becomes increasingly more important from a health standpoint that those systems do not become interrupted by a disaster or emergency,” Butch explained. “Currently there are avenues for intercity contracts, but they cannot be prearranged. With this they can work out in advance how those operations will take place, who is in charge and how reimbursement will work.”

As the manager of Shelby County Water Services, Michael Cain said this measure would help maintain the water systems throughout the county and provide for a quick and painless solution to many of the issues associated with emergencies and disasters.

“If we or any of the systems in the county were in an emergency it would be quicker and easier to react, to be able to get service reestablished and to try and minimize the down time if the utilities were in a bad place,” Cain said. “These agreements would be done during clear skies when nothing is going on, to be able to act quickly.”

The amendment allows Shelby County and cities and utilities in the county to enter into contracts to provide mutual aid to each other to restore utility service in the event of natural disasters or other emergencies.