How did Shelby County vote? An in-depth look at the election 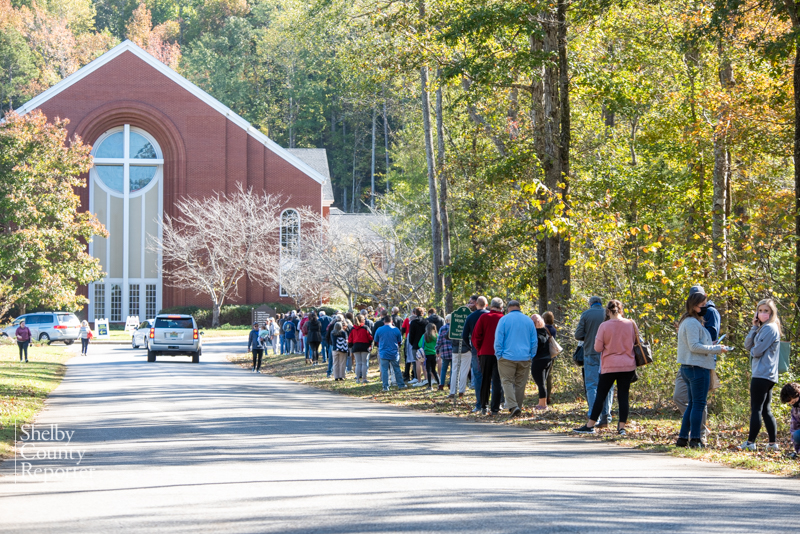 Shelby County residents flooded to the polls on Tuesday, Nov. 3 to vote in the 2020 General Election, including for President of the United States. (Reporter photo/Keith McCoy)

Voting lines topped two hours in some places across Shelby County on Tuesday, Nov. 3, as residents flooded to the polls to cast their votes in the General Election, overwhelmingly supporting President Donald Trump to be reelected to the position.

In 2016, running against Hillary Clinton, Trump received 72 percent of the county’s vote, and that number held true four years later in his bid for reelection.

In addition to that, the county heavily supported Tommy Tuberville to replace incumbent U.S. Senator Doug Jones 77,579 votes to 36,350 votes. That was 68 percent of the vote in favor of Tuberville and 31.8 percent in favor of Jones.

Tuberville went on to win the statewide election and will be the newest state senator from the state, receiving 63.05 percent of the vote with 63 of 67 counties reporting on Tuesday night.

While it didn’t match the 2016 General Election with a 71-percent voter turnout, there were 22,154 more registered voters this year and 13,210 more ballots cast.

In one of the only big county races, Robert C. (Robbie) Hayes defeated Susan Lane for Shelby County Commission, District 9. Hayes received 77.32 percent of the vote.

In other contested races, Twinkle Andress Cavanaugh defeated Laura Casey for Public Service Commission President by receiving 63.80 percent of the vote, while Stephanie Bell defeated Jarralynne Agee for the position of State Board of Education District 3 with 70 percent of the vote.

There was also one local amendment on the ballot with Shelby County voting in favor of the mutual aid amendment by a resounding 93.12 percent.

The county and state also voted on six statewide amendments.

Amendment one passed with 77.62 percent of the vote statewide and 80.59 percent locally.

Amendment two did not pass with a 51.27-percent no vote statewide and a 50.74-percent yes vote locally.