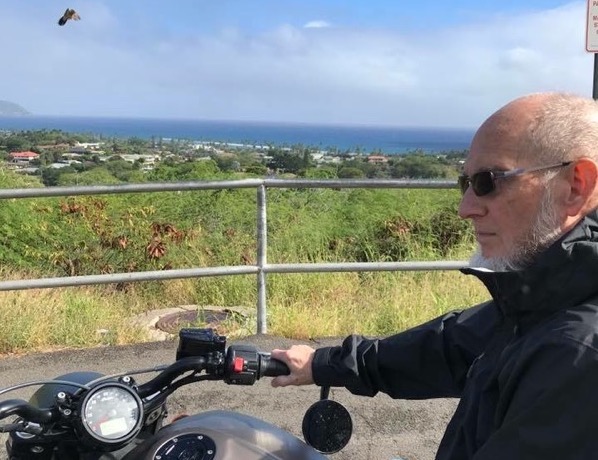 Tom McMahon, an American Legion Rider, is also a chaplain and an ordained minister. (Contributed)

Riding for freedom: McMahon serves his community and country

Motorcycle enthusiast Tom McMahon has been a volunteer with the American Legion Post 555 for the past three years. A native of Leeds Alabama, the 73-year-old is an ordained minister. He serves as Chaplain and is an American Legion Rider.

American Legion Riders chapters are well known for their charitable work, which has raised hundreds of thousands of dollars for local children’s hospitals, schools, veterans’ homes, severely wounded servicemembers and scholarships. Since 2006, Riders nationwide have participated in The American Legion Legacy Run to annually raise money for the Legacy Scholarship Fund, established to provide scholarships to children of U.S. military personnel killed since Sept. 11, 2001.

Currently, over 110,000 American Legion Riders meet in over 2,000 chapters in every domestic department and in at least three foreign countries. Riders in all states have escorted military units returning home from combat tours overseas, conducted massive cross-country fundraising events for wounded warriors from all services, and have raised millions of dollars for countless local, state and national charities. (source: Legion.org/riders/about).

Tom looks forward to motorcycle rides with his comrades insisting that “A motorcycle ride is good therapy, the freedom of the road…and the air in your face.” The Riders ventured to Centreville, Alabama a few weeks ago, about 30 people from different American Posts. My wife rode along with me on the back of my bike,” he said. Each year the Riders journey to Washington, D.C. to the Vietnam Veterans Memorial Wall. The Vietnam Veterans Wall is made up of three parts: the Wall, the Three Soldiers and the Vietnam Women’s Memorial. Created first, the Wall is the best-known part of the memorial. Due to the Pandemic the 2020 ride was cancelled.

“At 23 God called me into the field of missions,” said McMahon. The U.S. Navy veteran was divinely guided to Japan to teach the Gospel; he spent 14 years in Tokyo engaged in outreach, carrying the Gospel, distributing bilingual Bibles, teaching English and supporting other Christian ministries in Japan. He and his family returned to the United States precisely 14 years to the Sept. 27, 1987 date that they had arrived in Tokyo.

Married for 48 years, he and Jean have three children and five grandchildren. He attributes his successful marriage to the couples “commitment to truth, you can’t go back on your word, you must be loyal and faithful. We didn’t have the word ‘divorce’ in our vocabulary; it is not an option for Christians.”

RSVP is honored to have Tom in our volunteer family. We salute him for his service to our country and his devotion to God and his community.

Boo for our Blue event helps to support injured officer

By NATHAN HOWELL | Special to the Reporter  HELENA — When Helena Police Department Officer David Rollan was injured in... read more