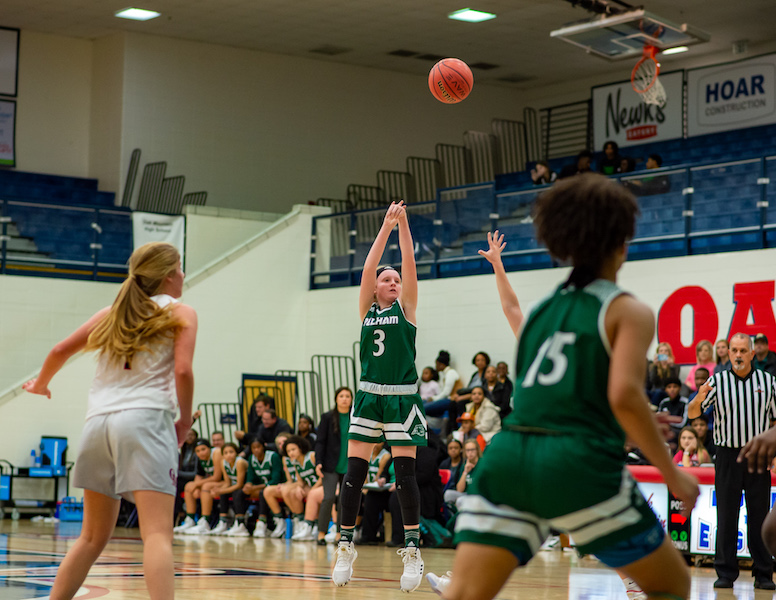 PELHAM – The Pelham girls basketball team has taken major strides under head coach Crosby Morrison, but the potential is there going into the 2020-2021 season for the Panthers to put together their best season in quite some time.

Last year, Pelham put together 21 wins and was two points away from beating Chelsea in the area tournament, which would have earned the team an easier matchup in the opening round of the playoffs.

Now, heading into the new season, Pelham has its eyes set on winning an area championship and putting together a deep playoff run, which is possible with the return of leading scorer Laci Gogan and top rebounder Emma McKenney.

“Last year, we had a good group of seniors that bought in and showed leadership, and that has carried over into this year,” Morrison said. “We’re looking to have that belief in one another.”

During the 2019-20 season, Pelham started the season 12-2 before losing three of its next four. But, the Panthers then won seven games in a row through the first round of the playoffs, which set up a matchup with Opelika.

Pelham went on to lose that game against the Bulldogs, who went to the Final Four, by a score of 82-58, but the Panthers were down two points at halftime.

That effort wasn’t just a culmination of last year’s effort, but shows what is possible this season.

“We had gone to Opelika three years in a row and got smacked,” Morrison said. “But we were down two points at halftime. That was a huge energy boost for us. That’s confidence for us going into this season.”

That one game also has the players feeling confident going into the season.

“It was a new level of play that I honestly hadn’t seen form us the entire season,” McKenney said. “The trip down there felt the same. But we didn’t. We were on the boards, had the intensity and our defense came out strong. It gave us something new to look at as we go into this year.”

The Panthers had set the goal at the beginning of the season to win the area championship and host the area tournament last year, but losses in their first two area games to Chelsea and Helena derailed that plan.

Pelham bounced back with wins against both teams and earned the two seed in the area to earn a spot in the playoffs. But in the area tournament, they couldn’t hang on to a solid lead and lost by two points to Chelsea.

“Our big goal was to win the area,” Morrison said. “That didn’t happen, but last year was a big step for our program. Now this year, our goal remains the same. We’re not going to be looking over anyone. Especially after what we went through last year. Every game is a big game for us. We’re going to take every practice one at a time.”

To see where the team has come in the last two years under Morrison, that seems plausible with the improvements they’ve made.

“Two years ago, the seniors I had, they had absolutely zero belief in themselves and winning,” Morrison said. “Last year, they were completely bought in. Their belief in each other made them play good for each other. The belief was there last year.”

McKenney said the difference is easily the culture change.

“Culture has been the biggest difference,” she said. “When I finished my eighth-grade year, it wasn’t pretty inside the locker room or on the court. But when she came in, we started to grow and trust in each other more. We realize it doesn’t rely on one of us. As long as we have one common goal.”

That has helped younger players like Gogan not only improve as players but believe in winning from an early age. Starting since her seventh grade year, and now a sophomore, that has been especially key for her.

“I’ve got good playing experience since I was so young when I joined varsity,” she said. “My eighth-grade year it was still kind of new to me, but last year it really clicked for me. I used to be scared to drive the lane, but last year, I got more physical, which helped me.”

In addition to those two leading returners, who will be the team’s best offensive threats, Myriah Tate returns this year and will play an important role as the team’s best athletes.

There will also be a few new players with McKenney one of just two seniors on the team.

Morrison said the team will play strong defense this year with the return of its core defensive players, while the team will also have several key role players.