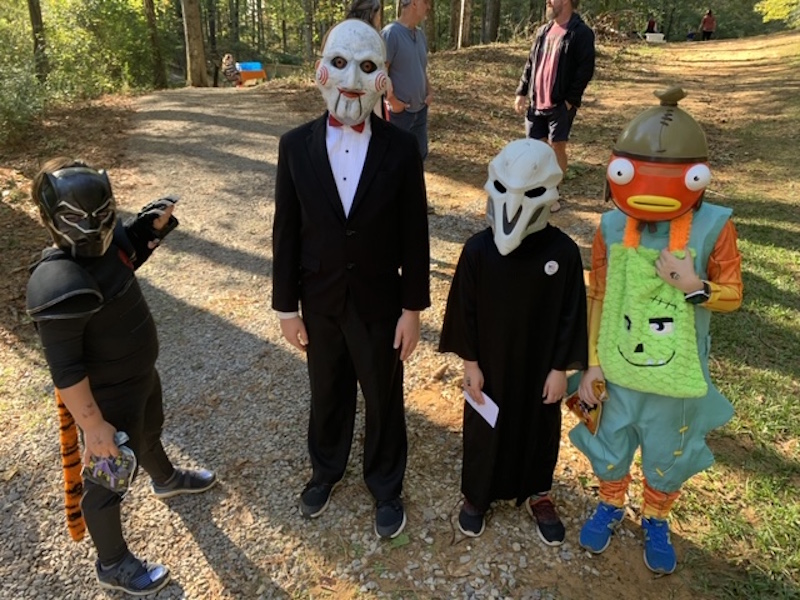 The Fieldstone Park neighborhood in Helena held its first Halloween festival this year with a successful turnout. (Contributed)

HELENA — Hundreds of residents and guests flocked to the Fieldstone Park Neighborhood dressed in their best costumes for the first annual Halloween festival on Oct. 31, which provided a variety of spooky fun in a family-friendly environment.

The event was organized by Corie Robinson and Janey Worth, who wanted to set out to provide a safe event where families could bring their children to play games, get candy and do other fun Halloween-related activities.

“We ended up having 102 children that RSVPd for the event, and on the day, we had more than 300 participants show up for the festival,” Robinson said. “All of the kids came out in their best costumes and had a lot of fun.”

Robinson said when kids arrived they were given a bingo card they carried around during the festival to get stamped for activities and booths. Those cards were later turned in for a special goody bag at the end of their visit.

Robinson said the costume contest was one of the bigger events of the festival and had four age categories with winners in each and prizes provided by Helena Nutrition, Zaxbys, McDonalds, Mr. Lin’s and Newk’s.

When guests arrived at the start of the festival they were greeted by firemen from the Helena Fire Department who led a short parade through the neighborhood as part of the day’s entertainment.

Overall, Robinson said she was grateful to be able to put on a special Halloween event for the neighborhood because she knew how much it would mean considering the year that everyone has had.

“I think everyone was ready for something like this,” she said. “Everyone came out and had a sense of togetherness and a lot of fun on Halloween.”